We’ve all been there before, driving around town behind the wheel of our sedans, looking for our intended destination with a carful of passengers, when one of those passengers, the loud-mouth know-it-all in the back, begins shouting out directions.

“Take a right at the light!”

“If you don’t hurry, we’re not going to get there in time.”

It’s all you can do to not turn around and tell that person to shut the hell up.

It’s your car, you know exactly where you’re going and you’ll be damned if anyone is going to tell you differently. 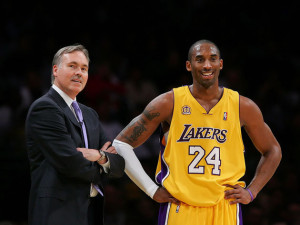 Here’s a brief synopsis of this basketball season in Laker Land: D’Antoni was hired as head coach, much to the chagrin of one Zen Master and his followers.  The Lakers made the playoffs by the skin of their teeth, primarily because of the way Bryant played throughout the season.  Kobe tore his Achilles one week before the post-season and is now cheering his team, not from the sidelines but from his lavish home in Beverly Hills.  Thanks to modern technology, and Coach D’Antoni’s now least-favorite website, Bryant is as vocal as he has ever been… 140 characters at a time.

As the Mamba sat home nursing his injury, he watched intently as his Lakers took on the San Antonio Spurs in Game One, letting his thumbs do the talking, offering sage words of advice all game long.  Twitter had become both his clipboard and his pom-poms.

The day before the game, Kobe informed his Twitter followers, all two million of them, that he would be Tweeting during the game as well as taking questions.

I will probably tweet and follow more fans during the game on sun so if u wanna break the game down with me , tweet me #nostupidquestions

I like how Nash is moving so far. Both teams a lil out of rhythm to start

Gotta get to the block. See wat spurs r gonna do with pau and d12

Gotta keep the spurs offense in front of our d. They r great at penetrating and pitching to their shooters

What I would say if I was there right now? “Pau get ur ass on the block and don’t move till u get it” #realtalk

Gotta milk pau in the post right now and d12. Will get good looks from it

Matador Defense on Parker. His penetration is hurting us

The Spurs ended up winning Game One, 91-79.  As you can imagine, D’Antoni wasn’t exactly pleased with his star player’s escapades.

Game Two is slated for Wednesday night but it is highly unlikely Bryant will let his thumbs do the talking again.  Or is it?  Even after Kobe realized his Tweets were a distraction and promised not to Tweet again, he came up with this …

I see my tweeting during the game is being talked about as much as the game itself. Not my intention , just bored as I guess #notagain

To tweet or not to tweet.. I CHOOSE not 2. Focus should be on the team not my insight. @georgelopez voice “Can’t DO nothin!”#vinospeare

Shakespeare’s currently rolling over in his grave.  Here’s a hint, Mamba.   If you’re Tweeting “To Tweet or not to Tweet,” then brother, you’re Tweeting.  Calling your Tweets “insight” is also as stretch.

Annoying, huh?  Just like a kid with a brand new toy or that backseat driver you want to pipe down.  I imagine D’Antoni won’t be sending the Bryant household a get well floral bouquet any time soon.  Maybe he’ll just Tweet it. 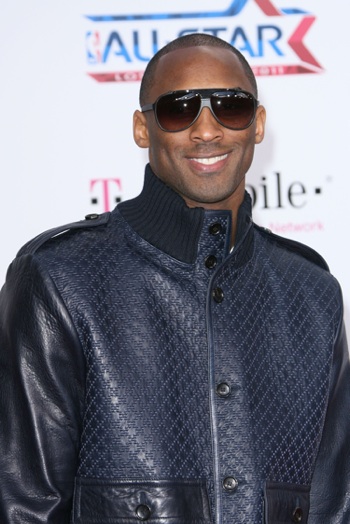 But then again, it wouldn’t be Los Angeles if there wasn’t drama and once again, the Mamba is the King of Drama Queens.  Even Brett Favre is sitting at his home in Mississippi somewhere saying “Damn, this guy like attention.”

There’s no denying Kobe is the greatest player of his generation.  He’s also the most polarizing.  Kobe lovers will defend him to the grave but in this instance, he was simply wrong.  He and his Tweets are not part of the solution; they are part of the problem.

The Lakers are going to lose to San Antonio regardless.  Kobe’s Tweets are simply pouring gasoline on the fire.  D’Antoni doesn’t need any help getting fired.  He’s been persona non grata ever since he landed in LAX.

I’m just saying there’s a better way to support one’s team, and one’s teammates, than from your mansion miles away, in front of your big screen with your galaxy note on your lap and your two thumbs a-blazin’.

But of course the Mamba’s never been a good teammate so why would we expect anything different.

35 Replies to “Down and Out in Beverly Hills: The Disruptive Influence of a Tweeting Mamba”