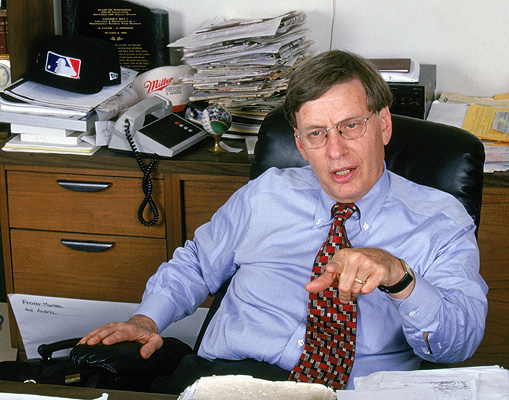 Setting: A dimly lit, smoke-filled room.  A scrawny, grey-haired, spectacled gentleman sits at his desk, contemplating retirement while tapping his loafers on the Plasticine that protects his plush, office carpet from the rolling wheels of his chair.

Two younger, suited gentlemen walk into his office with manila folders stuffed under each arm.  The bulges in their jacket pockets indicate they’re both carrying firearms.

“What do you have for me this morning, boys?” asks the elder statesman as he extinguishes his cigarette in the butt-filled ashtray on his desk.  He blows Dr. No-like smoke swirls in their general direction.

“You’re gonna love this, boss.  Twenty more names.  Good ones too,” they answer, almost in unison.

“No, sir.  Still no Jeter,” the officers reply timidly, knowing their answer would disappoint.

An uncomfortable silence takes over the room as the agents await their next directive.

“Well, these will have to do.  Show me what you have.”  He leans forward.  The agents nervously hand over their folders.

“Good.  Gooooood,” murmurs the commissioner, “Rodriguez and Braun again?  Are we sure?”

“By all accounts, sir, yes,” they respond, knowing this could come as no surprise. 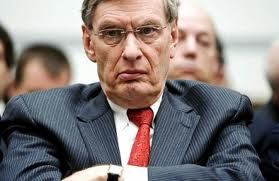 “What about Bonds and Clemens?  Any news on them?” barks the commissioner, knowing what answer was forthcoming.

“We’ve got Oprah and Katie working on it full-time, sir.  Still nothing.”

“Bastards,” the venerable commissioner mumbles under his breath as he sifts through the lengthy list of names the agents had compiled.

Another awkward silence blankets the room as the commissioner grabs his thumb-worn, gold-plated lighter from his vest pocket.  He lights another Marlboro.  The cool exhale puts his cohorts as at ease as they could be.

“So what next, boss?” one of them asks, ever eager to remove himself from his presence.

“Gentlemen, in case you haven’t heard,” he takes another puff, “my legacy is to rid this game from the scourge of steroids.” He exhorts with a presidential tone, authoritative yet insincere.  “I will not leave this office until every pill, clear, cream and syringe is removed, not only from the game, but from the minds of fans as well!”

The agents secretly look forward to his eventual successor although they would never say so, at least not to his face.  They leave the room after being dismissed, glad the meeting had adjourned and already dreading the next one.

The commissioner’s beady eyes follow until the door closes softly behind them.  He sits and wonders how everything had gone horribly wrong as the echoes of commissioners past ring disapprovingly in his head.

Outside his office, a casually dressed, greasy-haired gentleman awaits, bringing news that will upset an already troubled tenure.

30 thoughts on “A SportsChump original screenplay: A Rough In The Diamond : Act One, Scene One”