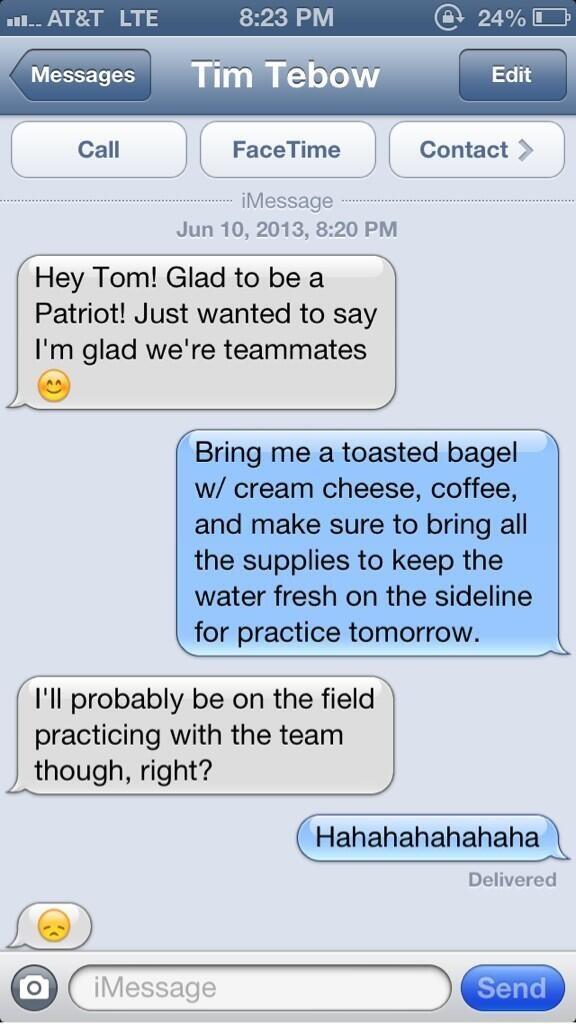 A reader recently asked me why I hadn’t written anything about Tim Tebow being picked up by the New England Patriots.  What’s to say that hasn’t already been said?

Assuming he makes their final, 53-man roster, he’ll likely spend most of his time on the sidelines, holding a clipboard, learning under one of the best coaches, quarterbacks and systems around, coming in for spot plays here and there, providing his usual moral support and giving the occasional sound bite about how he’s just blessed and happy to be there.

Others in the Twittosphere had a far more comical take.  Here are a few of my favorite Tweets that came shortly after the announcement that Timmy and Tommy would be teammates.

SOURCE: Tim Tebow was “impressive” at #Patriots OTAs. Bill Belichick: “He did things with a clipboard I didn’t think were humanly possible.”

This hockey stuff is exciting and all, but seriously- how would Tebow do as the Patriots’ 3rd tight end?

During pregame tonight, somebody needs to ask Popovich what he thinks of the Patriots picking up Tebow. Not me, but somebody should.

Patriots signed Tim Tebow. When asked how he’ll adjust to being booed by Jets fans, Tebow said, “What do you mean ‘adjust to’?” #fallonmono

Patriots also have signed the ground to a 2-year contract, so that Tebow has someone familiar to throw passes to

Tim Tebow signed by the Patriots. Haven’t the people of Boston suffered enough? 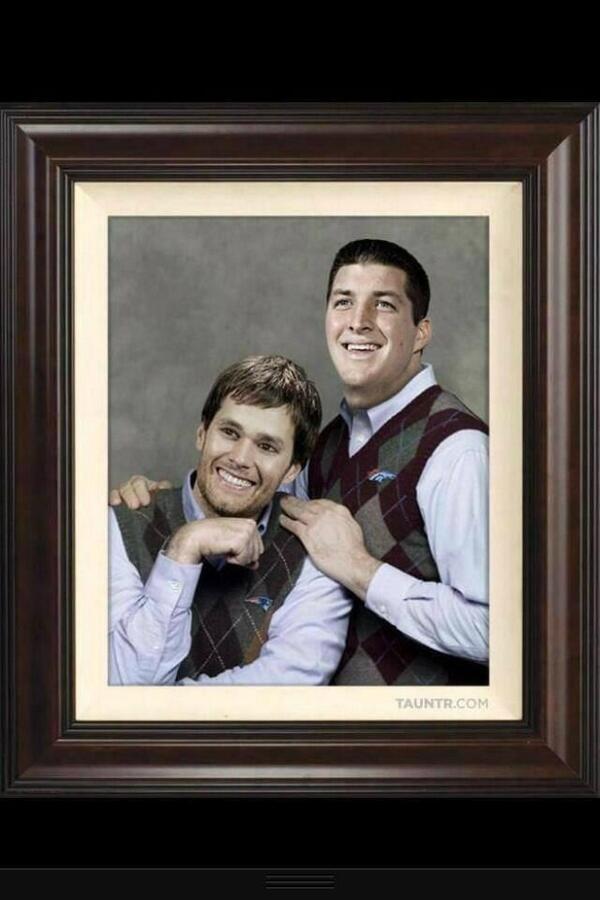 I’m sensing Tebow panic from Pats fans. Hey Boston…1) Serenity now or 2) The Bruins are in the Stanley Cup Final.

Now that he’ll be showering with Gronk, Tim Tebow might become an even bigger rarity…celebrity adult virgin with an STD.

Best non-ironic quote ever from Trent Dilfer: “Tebow has everything you want in a quarterback except for the ability to throw a football.”

First question Hernandez gets asked by cellmate: “So what’s Tebow like?”