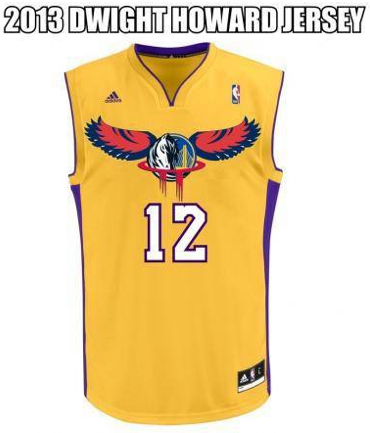 And finally, it’s over.

Like the armful of heavy grocery bags we struggle to carry up three flights of stairs to ultimately rest on our kitchen countertop, our burden has finally been relieved.  Dwight Howard has a home and that home is not in Los Angeles, Oakland, Dallas, Atlanta or any other city we heard rumored as a possible Dwight-stination.

Dwight Howard is a Houston Rocket.  At least, we think he is.

After yet another summer of our discontent waiting to hear with bated breath where the game’s best and likely most overrated center would sign, many of us turned in to read “The Boy Who Cried Wolf” for a little more intrigue.

But it’s official, or at least as official as a Tweet can be.  Dwight’s going to be wearing red.  He will now follow in the footsteps of ring-bearer and greatest Rocket of all-time, Hakeem Olajuwon, just as he decided to follow in the iconic footsteps of Kareem, Wilt and Shaq just one, Tinseltown summer ago.  LeBron might want to inform Dwight that being compared to legends is a tough bag.

Late Friday evening, in typical Dwight fashion (and to some extent, I blame the media for its obsessive coverage of the flip-flopping), news broke that Howard had agreed to sign with the Houston Rockets.  He then back-tracked, at least it was reported, only to agree to sign with Houston once again.  This all happened within a few hours, as if anybody who has paid attention to his career over the past two seasons was in any way surprised. 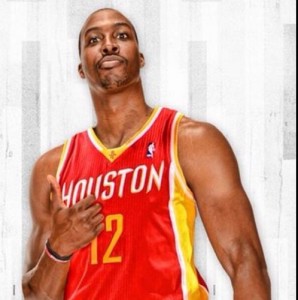 Either way, despite his mid-evening waffling, and the media and Twitter fracas that ensued, I commend Dwight for finally graduating from the Brett Favre School of Commitment-Phobic Indecision and Waffleability and for finally giving us all something else to talk about.

Since my latest Twitter-related post regarding Tim Tebow landing in Foxboro was such a hit, I thought I’d scour Twitter to see what people were talking about the night Dwight joined, then reneged, then rejoined the Houston Rockets.

There are some real gems here so please enjoy.

In my opinion Dwight put a ceiling on his career today. There’s a difference between being great and being an ICON. 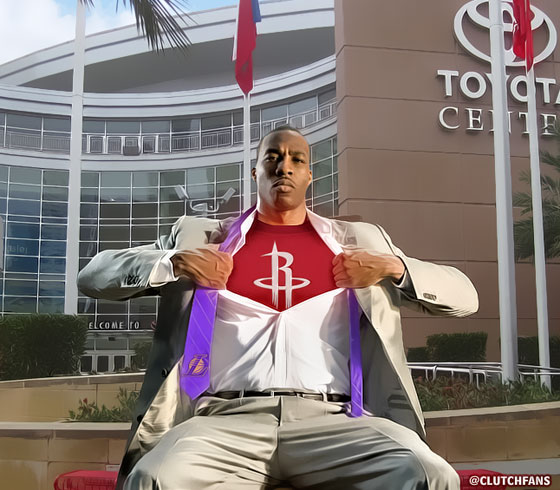 #ThatAwkwardMomentWhen Aaron Hernandez is glad he isn’t as hated as Dwight Howard.

Kobe Bryant passes on making a comment about Dwight Howard. This marks the first time Kobe has passed anything in the last 6 years.

Maybe I’m cynical, but I won’t believe Dwight Howard is a Rocket until Broussard tells us he signed with the Lakers.

Wow, Dwight Howard. Flopping is officially out of control in the NBA… 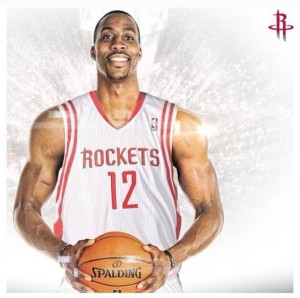 That should be Dwight’s jersey number WHEREVER he ends up signing: 50/50

Is it possible… & I’m just spitballin’ here… that maybe Dwight thinks he can play for BOTH the Rockets & Lakers?

If Dwight did The Decision it would last 68 hours. Cameramen would leave. The audience would riot. The director would flee, naked and mad

The real story isn’t that Dwight chose Houston. Its that Jim Buss has managed to destroy everything his father built in one year.

This obnoxious Dwight Howard free agency venture underscores, once again, that the NFL season can NOT start soon enough.