The All-Star voting has come and gone with the only real snub anyone mentioned a Cuban-born phenomenon named Puig, who many felt didn’t even belong in the first place.  There was another snub, however, that bears note.

The other morning, I overheard some ESPN analyst preaching that the voters and managers “pretty much got it right this year.” 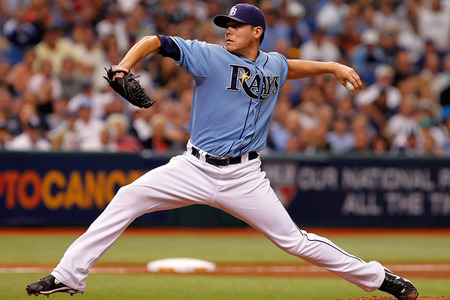 I beg to differ.

Prior to Thursday afternoon, a scorching hot Tampa Bay Rays team, winners of fourteen of their last sixteen games, had one lone representative in this week’s All-Star festivities: Ben Zobrist.

Matt Moore’s name was nowhere to be found.

All Matt Moore did in the first half of this season to warrant inclusion was win 13 games (tops in the Majors!) with 108 strikeouts and a 3.44 ERA, all of which rank first among what is generally considered one of the best rotations in baseball.  When David Price was lost to a triceps injury and Alex Cobb took a line drive off the noggin, an injury from which he has yet to return, Moore became the Rays’ workhorse and did so with flying colors.  He started off the season 8-0 and after a brief, rough patch, has won his last five starts.  There’s no way he should have been left off an All-Star staff for guys like either Justin Masterson (10-7, 3.72 ERA) or Justin Verlander who is having a very unVerlander-like season (9-6, 3.71 ERA).  I guess name recognition and your boss managing the All-Star Game goes a long way in getting the unworthy nod.

Think Moore was miffed about being excluded from the initial roster?  After the names were announced, he took the mound to throw a no-hitter through 5 2/3 innings, striking out ten batters, all of them swinging, en route to his 13th win of the season. 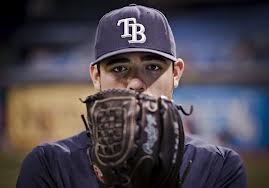 The game was not televised that afternoon but any Rays fan who was paying attention was glued to his iPhone to see if Moore could throw only the second no-hitter in Rays history.  His stuff was that commanding.  About an hour after the victory was sealed, word was released that he had, in fact, been added to the All-Star roster thanks to a Hu Darvish injury, one outing too late in my mind.  Moore deserved to be on that initial rotation.

Only his second full season in the league, I’m sure Moore will proudly accept the honor to spend the early part of the week with his All-Star colleagues.  It is his first official nomination but that doesn’t change the fact that he shouldn’t have been an afterthought.

It’s okay though.  Rays players accept certain things about being on this team.  It’s not New York and it’s not L.A.   They’re not going to get rich nor will they grab national headlines.  But they are going to play for an organization that is dedicated to winning.  Moore will have plenty more chances to be an All-Star.  And if he continues to pitch the way he’s capable, he and his teammates might just make it to baseball games that really matter… in the post-season.