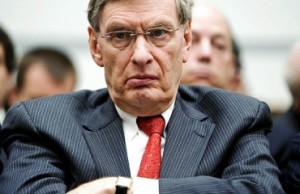 Major League Baseball Commissioner Bud Selig recently told a member of the media that he has “never sent an e-mail and never will.”  I guess that explains why the sport he oversees remains stuck in the Stone Age.  Selig probably still uses two tin cans and a string as a form of communication.

From declaring one All-Star Game a tie, to making it account for home field advantage in the World Series, to claiming his sport boasts the strictest drug testing policy when many of its players are still under suspicion for using PEDs, Bud Selig has had himself quite the tenuous, twenty-year tenure.  To celebrate his impending retirement, which he’ll probably postpone again, much to the chagrin of those of us who have embraced the 21st century, I’ve come up with a few other things Commissioner Bud Selig has likely never done.