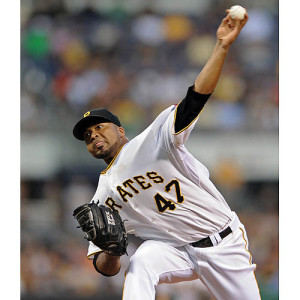 There’s a time in every team’s season when the fans know if they’re going to make the playoffs or not. Toronto Blue Jays fans felt it before the All Star break (they’re not heading for October) while Oakland supporters must surely think their place is secured. For Pittsburgh Pirates backers, they are still in the running for top spot in the NL Central and a 9-2 victory over rivals St. Louis on Monday night certainly gave punters who bet on baseball cause for optimism.

After following Monday’s win with two more in a row, the Pirates have now edged ahead of the Cardinals and are several games in front of reigning division champion Cincinnati. There’s still a lot of work to do, but Pittsburgh looks good for a playoff place. Yet the difference between winning the division and being handed a tough Wildcard is huge, which is why this series with the Cards is so crucial.

Maybe there was a whiff of optimism inside PNC Park on Monday but supporters certainly saw the best the Pirates have to offer in their 9-2 win. Leading pitcher Francisco Liriano (11-4) proved just how valuable he is to this team in a stellar performance at the mound. Liriano let go just four hits and a run from seven tense innings in a series opener that could define NL Central positions come late August. Head coach Clint Hurdle rightly threw his lead man into the big game and while Liriano came through virtually unscathed, Pittsburgh’s offense did the rest with some mean hitting.

A team performance such as Monday night’s generates confidence throughout the side and now Pittsburgh’s starting rotation must match Liriano to keep this club in first place. Even if they didn’t win this series the Pirates are a good online sports betting tip to reach the playoffs top of the pile, especially with Liriano in charge at the mound and his team batting they way they do.

10 thoughts on “Liriano Can Throw Pittsburgh into Playoffs”