What in the world is wrong with athletes these days and can someone please buy these guys a vowel?  I understand that displacement sometimes comes with fame and fortune but just because you cash a hundred thousand dollar check every week doesn’t mean you should lose your sense of decency, assuming of course, you had some in the first place. 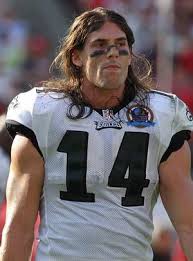 Let’s take a brief look at the week that forever changed the lives of Riley Cooper, Terrence Jones and Ryan Braun.

Philadelphia Eagles wide receiver Riley Cooper apparently likes him some country music, just not black people, which makes him the perfect fit for most country music concerts, however, not a fit for most NFL locker rooms considering the racial makeup of those locker rooms is diametrically opposed to, let’s say, the crowd at your average Travis Tritt show.  When we see Mr. Cooper get his clock cleaned this fall, we’ll harken back to a June Kenny Chesney concert and know exactly why.

While all the details remain undisclosed, Riley Cooper apparently got into a verbal altercation with an African-American security guard at said Kenny Chesney concert.  The inebriated Cooper was captured on video telling a crowd of friends that he would “jump that fence and fight every n***** here.”

I can’t be the only one thinking they should have just let him.

As an alumnus of the University of Florida, I once rooted for Riley Cooper, just as I did Aaron Hernandez.  Continuing to do so has become virtually impossible, not to mention unjustifiable, as Hernandez, an accused murderer, will likely never play anything but prison ball for the rest of his life and Cooper, after his far too casual and comfortable use of a racial slur, will soon get beheaded on the gridiron.  Riley’s not the first white guy to drop an N-bomb at a country music concert but he became the first, high-profile athlete to be caught doing so on camera.  Long and arduous is the path that leads to forgiveness.

Furthermore, after getting caught using the N-word, why do white people always come up with the increasingly lame “I’ve never said that word before” defense?   We saw how well that worked for Paula Dean.  Cooper would be better off just telling the truth and seeking professional help for his ignorance and intolerance, not to mention his drinking problem.  We’d still view these people differently but at least we’d respect them for telling the truth.  Besides, if you’ve ever recited an Eddie Murphy or Dave Chappelle routine, or sang any Notorious BIG or Snoop Dogg lyrics, then you’ve said the N-word.  The question is whether you said it out of spite. 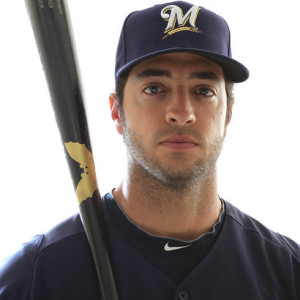 Speaking of lying, Ryan Braun is pursuing his post-graduate career at the Pete Rose/Alex Rodriguez Institute for Honesty and Virtue.  Mired in what is now a twenty-five year struggle with drug use in its sport, debate rages over whether Ryan Braun, your 2011 National League MVP, should have that award stripped from him.  After all, he did fail a drug test.  We think.  Major League Baseball hasn’t really confirmed that yet.

Braun has subsequently gone into hiding, wisely refusing to address the media.  He will, in time, just as a disingenuously apologetic Riley Cooper did on Wednesday.  The jury is out as to whether any of us will still care.  Or maybe baseball should just come up with a new award, the MVPED, and get this all over with.

And then there’s Terrence Jones, a basketball player I’ve never heard of before.  Thanks to his extra-curricular activity outside a Portland nightclub, we’ve heard of him now.  Jones averaged 5.5 points in 15 minutes a game over 19 games for the Houston Rockets last year.  He was recently arrested for stomping on the legs of a sleeping, homeless man who got in his way.  Hey, at least he got us talking about a Rocket other than Dwight Howard. 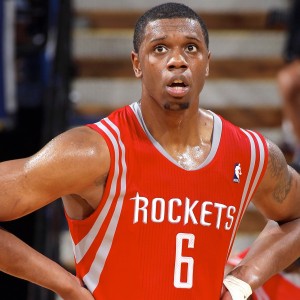 Jones’ actions, along with those of Braun and Cooper, are yet another reason we sports fans are becoming increasingly disillusioned with the professional athlete.  It will take more than a few idiots to cause us to entirely lose faith in the games we grew up watching but those idiots, and the actions that keep them in the news, are becoming more commonplace and more reprehensible.

How much longer will we buy jerseys or budget the exorbitant price of admission just to watch these people run amok?  Professional sports leagues wonder why attendance is down?  Maybe it’s because we no longer want to spend our hard-earned money supporting people who don’t know how to act.  There’s a reason Mel Gibson is no longer a box office draw.

I understand this is nothing new.  For years, athletes have been dropping N-bombs, taking drugs and stepping on those less fortunate than them, both literally and figuratively.  It’s just getting tired.

When it’s all said and done, I’m going to continue watching my sports.  I’m not sure the same can be said for the rest of you.  These are the games I love; I just can’t say the same about those who play them.  The more that athletes think the rules of common decency don’t apply to their own circumstance, the less we fans are going to care, until we stop caring altogether.  After all, why shouldn’t we?  They already have.