Guest Post by Ryan Graham, friend of SportsChump and creator of Coach’s Rant. 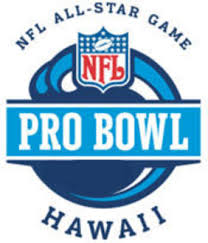 The Pro Bowl recently underwent some changes… yet again. No one actually wants to watch the Pro Bowl. The game is usually only on for background noise. It’s a meaningless scrimmage between players who would much rather be spending time with their families. Up to this point, the game has been an afterthought. But the NFL wants to change that. In an attempt to make the Pro Bowl more “fan friendly,” the following rule changes were announced last Wednesday:

So in a nutshell, the NFL wants to make this game as close to fantasy football as possible. But I still feel like something’s missing. Even with these new rules, I’m still not going to watch the Pro Bowl. That got me to thinking, what would make me want to watch the Pro Bowl? Being the creative mind that I am, I came up with some solutions:

Make Players Play Out of Position

Players will not be allowed to play their normal position. D-linemen would start at Running back; Punters would start at Left Tackle and so on. The game would be like nothing we’ve ever seen before. We’ve all seen Tom Brady play Quarterback. We all know what to expect at this point. Wouldn’t it be fun to send the Golden Boy on a seam route from the slot and watch him get decapitated by Strong Safety Sebastian Janikowski? That last sentence gave me the chills… I WOULD KILL TO SEE THAT!

Fans Get to Play

Watching fans play against each other would be downright awful. But watching fans against actual players?  Where do I sign? We’re not talking Spike TV Pros vs. Joes here; these would be grown ass men, in the primes of their careers intermixed with out of shape dipshits. Millions of fans would sign up for a chance to play with their favorite NFL stars. You’d just have to make them sign a liability contract like the contestants on that show Wipeout so the NFL can’t get sued even more than they are already. Any person with a pulse would be glued to their TV as Richie Bonaccorso, the street-wise amateur boxer from South Philly gets suplexed by Patrick Willis.

That would sure speed the game up. There would still be referees mind you, but instead of throwing flags and stopping play, they would punish rule-breakers with good old fashioned street-justice. Say a would-be holding penalty opens up a big hole. Boom! Ed Hochuli clotheslines your Running Back at the line of scrimmage. Say a Defensive Back interferes with a receiver. Wham! He gets a Jeff Triplette kick to the groin. Excessive celebration in the end zone? Pow! Mike Carey chokes that bitch out with the string of his whistle.

Dress the Players up as Mascots

Yes, just like Mascot Mode in the NCAA Football video games. Imagine players struggling to run as their thick felt costumes weigh them down. It would probably make the game terrible but it would look hilarious. Plus, you’d gain a sizeable audience from the Furry Fandom community. And I mean come on, it’s the Pro Bowl, you need all the viewers you can get.

Give the Spectators Weapons

Not guns and knives! I’m talking more like tennis balls that fans can throw onto the field during play. Nothing that would get players hurt; just something to mildly annoy/stun them. On second thought, you’d probably need to supply fans with some kind of tennis ball launcher since most of them probably lack the arm strength to hit the field. It would be a spectacle to behold, as a sea of tennis balls rains down to try to stop an Adrian Peterson from reaching the end zone on a breakaway run.

Turn it into a Drinking Game

If the offense gets a first down, the defense has to take a sip of beer. If there’s a turnover, offensive players have to do a beer bong. If they score, it’s shots of Disaronno all around. Hell, the players would love it! They’d all rather be getting loaded anyway. By the second half, a third of the players would be passed out, another third would be beating the hell out of each other and the rest would be in the stands hitting on college chicks. At some point it would cease to be a game. But then again, the Pro Bowl isn’t really a game either.

So in conclusion, the Pro Bowl according to my rules would be a football game where drunken mascots get assaulted by referees and pelted with tennis balls. Tell me you wouldn’t tune in to catch that action. You’re welcome, Roger Goodell.