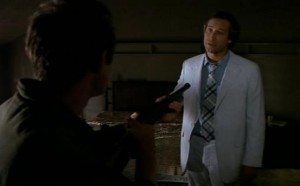 I’ve bent a few rules in my day.

I’ve cut the tags off of mattresses even though the good people who manufacture those mattresses have instructed me not to do so.  Aside from Fletch, their enforcement is kind of lax.

I leap headfirst into pools when the tiles alongside them clearly read “NO DIVING!”

I have the good sense to understand that some rules are simply meant to be broken.

In a recent interview, Foster broke code by saying he received benefits while enrolled at Tennessee.

“I don’t know if this will throw us into an NCAA investigation — my senior year (2008), I was getting money on the side.  I really didn’t have any money.   I had to either pay the rent or buy some food.  I remember the feeling of like, ‘Man, be careful.’ But there’s nothing wrong with it.  And you’re not going to convince me that there is.”

Let’s be perfectly clear about a few things before we judge Mr. Foster for speaking his mind or taking handouts.  Arian Foster is one of the smartest guys currently playing in the NFL.  He is well-spoken, introspective, polite and extremely talented.  He also, apparently, has a conscience. 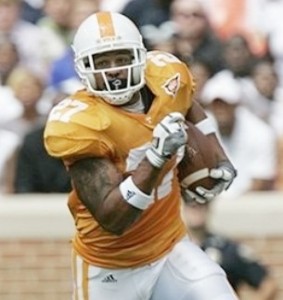 Years ago, Foster was a student athlete enrolled at a major university in desperate need of financial assistance.  And he took it.  Foster is neither the first student athlete to ‘receive benefits’ whether large or small nor will he be the last.

Foster continued:  “They really have us hoodwinked into thinking taking money is wrong as a college athlete.  It’s wrong for us, but it’s not wrong for them.  I guarantee every NCAA official has a (BMW) or Benz or something.  That’s not wrong, but it’s wrong for me to get $20 to get something to eat?  Dez Bryant couldn’t get taken out to dinner by Deion Sanders, his mentor, he sat out a whole season because of that?  That’s not wrong?  But if you can drive around in a Benz, that’s OK?  It’s not right.”

So Foster took money.  Worse crimes have been committed, more notably the profit margins that major universities, and the NCAA for that matter, make off their student athletes.   For those of you who don’t know, it’s infinitely times more than the few bucks a coach might give a player for a taco or two.

You’d be hard-pressed to find a UT alum, or a graduate of any major university for that matter, who is offended that a booster from their alma mater loaned a kid $500 for walk-around money.  In fact, they’d be more offended if they didn’t!  Those secret handshakes are nothing compared to the billions (with a B) these institutions bring in thanks to athletes like Foster.

It’s why Ed O’Bannon and several other former athletes are suing the NCAA for using their likeness for profit.  They have a pretty good case.  The NCAA has become the epitome of hypocrisy, far more concerned with the money their athletes earn than the degrees.

I’ve thought long and hard about whether student athletes should be reimbursed financially for their efforts, in addition to the tuition, room and board they already receive.  While the promise of future millions (for a rare few) might be payment enough, most athletes don’t have the time to work, practice, study, socialize and do everything else that’s involved with being a college student. 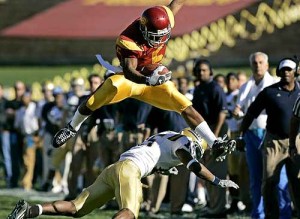 When it comes to big-time college athletics, I’m inclined to say, if it ain’t broke, don’t fix it.  If a booster wants to buy a kid a car or hook him up with a side job or even get him laid, then so be it.  Reggie Bush mansions are a little over the top but if some local businessman wants to loan a kid a car to get around town, is that a sin?  Now if that kid proceeds to drive that car into a tree, that’s on him.  But to buy a kid a meal?  Trust me when I tell you, a steady diet of dorm food and Ramen noodles becomes pretty damn stale.

In retrospect, perhaps the NCAA has been right all along.  After all, they’re the ones who have turned a blind eye to what goes on behind the closed doors of high-profile college programs, knowing they’re the ones reaping the biggest benefit.  Sure, USC had wins vacated and Reggie Bush was stripped of his Heisman but how much money did the NCAA earn when millions of us watched Bush light up the football field?  I don’t recall them having to give any of it back.

There’s no dust pan big enough to “clean up” college athletics.  There will always be those secret handshakes and good old boy booster networks doing what they can to woo high school prospects to their neck of the woods.  Let’s shelve our naiveté and pick and choose our battles.

I commend Foster for clearing the air, as long as his confession doesn’t entirely upset the applecart.  I’m not too concerned that it will.  The NCAA has too much to lose.

27 thoughts on “The adventures of Captain Obvious, Vol. 1: Arian Foster admits to receiving money while playing football at the University of Tennessee.”