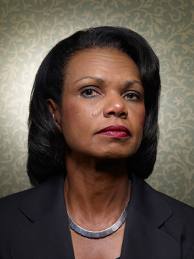 I have a joke for you.  Barry Alvarez, Archie Manning and Condoleezza Rice walk in to a sports bar… and are then asked to determine college football’s national champion.

Surprise, sports fans!  Just when you thought you were on the road to salvation, the joke is on you.

Don’t get me wrong.  I’ve got nothing against our former Secretary of State or any of the other of our soon-to-be, most questioned college football watchers in America.  Rice may very well know more about the sport than the rest of us.  She certainly knows more about diplomacy.

She will soon need to.

Peyton’s dad Archie, Andrew Luck’s dad, Oliver (how ironic is that!), along with Condoleezza, Tom Osborne and a handful of other rapscallions will now be in charge of determining next year’s national champion, or at least the schools who get to play for it.

May the last program out be the first to bitch.

Here’s the thing.  College football is, and has always been, perfect in its imperfection.  It is the only sport, college or pro, in which the regular season actually means something. 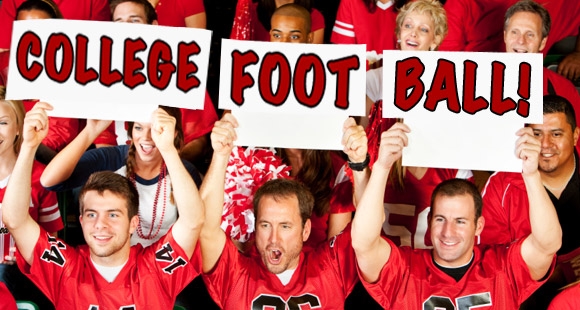 I’m going to go out on a limb here and say that no four-team playoff, or eight-team playoff for that matter, will determine a true national champion any more than the previous systems have.  A four-seed can always upset a one, injuries can happen and, well, let the debates continue.

These thirteen committee members, are they going to watch every single minute of every single game?  Are their Saturdays reserved for just such activity?  Will they be huddled up watching football in a conference room together with Ring Dings and Pepsis, wires taped to their foreheads to measure blood pressure and body temperature?  Will they be watching only the Top 25 or just the highlights that SportsCenter shows them?  Are they getting paid for this responsibility and if so, how much?  Will our former Secretary of State, or any of the others for that matter, not ever hit the links on Saturday?  What if there’s a scheduled family gathering?  Most importantly, how can we ensure allegiances won’t come into play?

In addition to Rice, Manning, Alvarez and Osborne, Tom Jernstedt is on the selection committee.  You haven’t heard of him until now.  He worked for the NCAA from 1972 to 2000.  He also played football for Oregon in the ‘60s.  Do you mean to tell me he has no allegiance to his Ducks?  Dan Radakovich is also on the Super Friends committee.  He’s the athletic director for Clemson and a former AD for Georgia Tech.  Will he be able to shed his conference allegiances if an ACC team is on the cusp of elimination?

By no means am I questioning each individual’s qualifications.  I only question the process itself, which to me appears no better than any we have had so far.

For some reason, I keep panning back to John Cusack trying to sway Gene Hackman’s trial in “Runaway Jury.”  I wonder why.

For years, we complained about the BCS and how it failed to determine a true national champion yet all we’ve done to improve that process is enlist a bunch of millionaires who have far better things to do on Saturdays than watch college football for fifteen hours.

29 thoughts on “Wherefore art thou, BCS?”