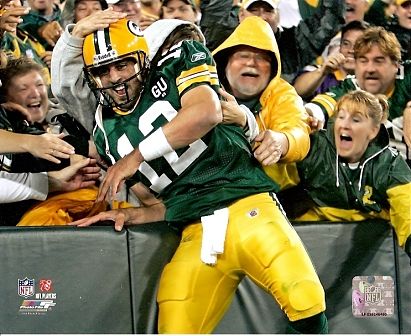 On the eve of NFL Playoff weekend, I lay in bed listening to sportscasters talk about how unfair it was that the Green Bay Packers, winners of the NFC North, were awarded a home playoff game by virtue of winning their division when they had a worse record than their opponent, the San Francisco 49ers.

This originally became a big deal a few years ago when the Seattle Seahawks hosted a home playoff game with a record of 7-9.  They had won the NFC West back when it was bad.  They hosted the New Orleans Saints that year which didn’t win their division but finished the season with a considerably better record, 11-5.  As a reward, the Saints had to travel 2500 miles to play a playoff game in the loudest stadium in the league.  They lost.  Home field advantage obviously played its part.

Unfair?  Perhaps but that’s the way the cookie crumbles or at least the way it always has.  And I’m all for it.  Just like the ‘Hawks of 2010, this year’s Packers will host a playoff game despite having won four fewer games than its opponent.  To the division victor go the spoils.

Despite continued rumblings to the contrary, you can’t convince me that the playoffs should be revised to allow the team with the better record to host a playoff game if it didn’t win its division.

Similarly, we are on the verge of a change in college football’s playoff format.  Next year, the BCS will become a thing of the past.  Not too many of us will be sad to see it go. 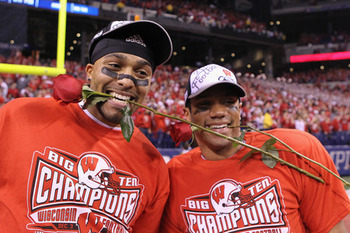 The bowl system that preceded the new-fangled playoffs has historically accepted teams based on how they fared in their conference.  For example, the Rose Bowl has traditionally pitted the Big Ten Champion against the Pac-10 Champion, or Pac-12 Champion, or however many teams happen to be playing in those conferences that particular year.

In the new system, schools will still likely receive a playoff bid by virtue of winning their conference, we think.  Others will be invited at large.  Had there been a playoff this year, Alabama, who many considered to be one of the best teams in the nation, would likely have been included.  Oklahoma, who, like Alabama, didn’t win their conference, would not have.  We saw how that worked out; the Sooners whooped the Tide in the Sugar Bowl.  Sixth-ranked Baylor, who won Oklahoma’s conference, might have gotten a playoff nod.  Fifteenth-ranked University of Central Florida would not have.  We also saw what happened in that game, with UCF beating the Bears 52-42.  Ohio State, ranked atop the standings nearly the entire season and winners of 24 straight games, might also have been included in a playoff.  They lost their last two games, including their bowl game to Clemson.  Some playoffs that would have been, huh?

I guess what I’m saying is I’m confused and maybe I’m changing my tune.  Only months earlier, you couldn’t have convinced this SEC homer that a football team should receive a playoff bid just for winning its conference. 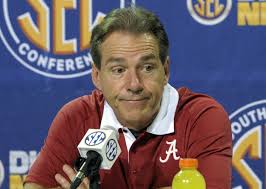 What’s both good and bad about football is that, after an entire season, we still can’t pinpoint the better team.  On any given day, one team can beat another but you still have to be in it to win it.

So maybe, like the NFL, college teams SHOULD be rewarded for winning their conference.

This off-season, the NFL will consider reseeding its playoffs based on record rather than division winners.  It’s unlikely the motion will pass but at least it’s on the ballot.  The biggest potential holdup is that owners see reseeding as minimizing the meaning of winning one’s division, which it would.  What to do, what to do.

When it’s all said and done, we remember Super Bowl winners and national champions, not division and conference winners.

Basically, what I’m saying is, I can see the logic in both decisions and I’m very, very confused.

Who knows which way the NFL will side?  Nor can we foresee the future ‘fairness’ of a college football playoff.   An argument can be made for both sides.  I’m just not sure which one to take.

23 thoughts on “Playoffs! Playoffs? And the ever-changing mind of SportsChump”