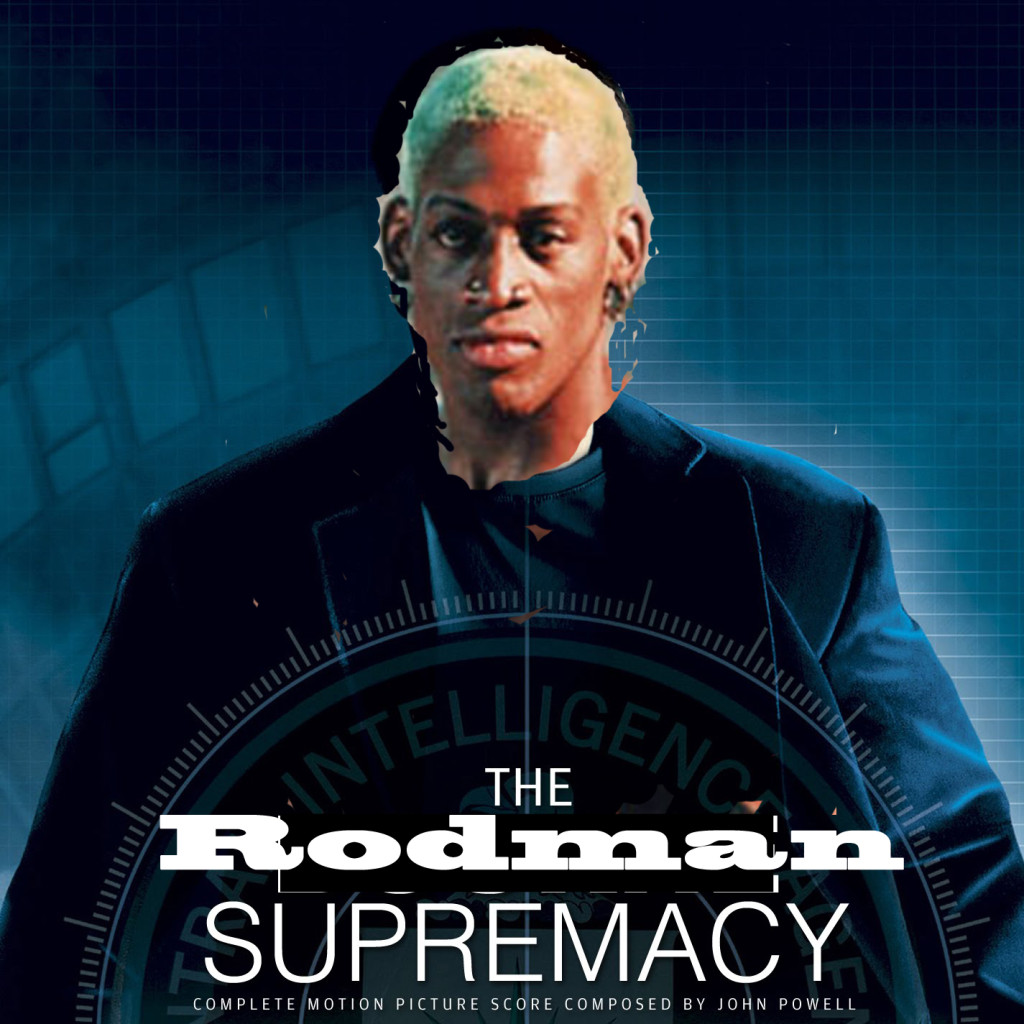 The pierced, black giant strutted into the Oval Office as if he felt perfectly at home there.  He and the president had been friends dating back to their Chicago days although few knew the extent of their relationship.  Even then, the former Senator had plans to preside over the Oval Office… and clandestine plans for his friend.  Deep down inside, he knew his bond with the former Bull and rebounder extraordinaire would eventually pay dividends.

He just never knew in what capacity… until now.

Relations with North Korea had soured with rumors of weapons of mass destruction chilling the headlines of every major American news outlet.  There was only one way to solve this, the two agreed: employing one of the greatest rebounders off all time to squelch the issue.  Rodman had already befriended the North Korean president.  The President would use that to his advantage.

“Good afternoon, Mr. President,” greeted Rodman, his voice slightly muffled from all the piercings in his lip.

“Good afternoon to you, sir,” returned the President.  The two shared an embrace with Rodman towering nearly a foot over the most powerful man on the planet.  “Thanks for coming on such short notice.  You know we have a job to do.”

“And I’m prepared, sir.  As you can see, I’ve already scheduled my hair appointment for the trip.  I think the bold, fascist red is a nice touch, don’t you?”

“Ah yes, Dennis.  It reminds me of your good ol’ days in Chicago.”  The president looked over his recruit’s new hairdo, fondly reminiscing of the time when his Chicago Bulls were pinning banner after banner to their rafters.  Rodman wasn’t the President’s best option; he was his only option.

“Things have gotten dangerous along the 38th parallel, Dennis.  It’s up to us, to you, good sir, to stop it.” 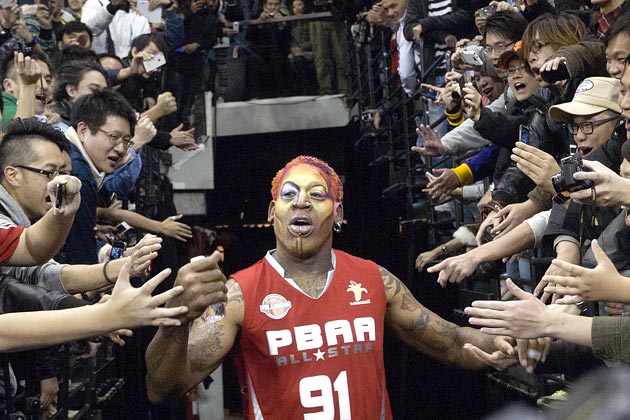 “The what?” Dennis asked.

“The 38th parallel north. It’s the line that… oh never mind.  Look, the relations you’ve already established with Kim Jong-Un can work in our favor.  How do you think we proceed from here?”

“Well, Mr. President,” responded Rodman, “I was thinking about taking some old school ballers from back in the day to hold a peaceful exhibition game.  Vin Baker, Charles Smith and Kenny Anderson have all agreed to make the trip with me, sir.”  The president couldn’t help but chuckle, knowing he had more game than any of the three former NBA stars, but he also knew they were expendable.  Nobody would miss them when they were gone.  Heck, nobody even knew they still existed.  Casualties of war.

“Well, then I just jibber-jabber a lot and hold hands with the president, you know how good I am at that, have a few dinners and such.  Then I convince my boy Kim that round ball is the true essence of bringing peace to our planet.”  Some of Phil Jackson’s kumbaya had obviously rubbed off on Rodman over the years.  This crazy old plan just might work after all.

“Then it’s settled.  Travel safely, my friend.”  The president bid his old friend farewell, slightly nervous of the outcome but knowing, if nothing else, at least we’d be rid of Rodman forever.