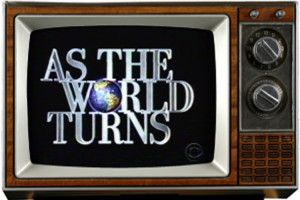 What a bizarre few days this has been for football coaches, more so than normal even.  If neck braces, nepotism, runway dismissals and billionaire babblings don’t scream made-for-television drama, I don’t know what does.

Shake-ups occur at the end of every football season but this off-season has taken the proverbial cake.  Only during a week like this could the hiring of a new Penn State head coach take a back seat to all the other lunacy that’s grabbed the headlines.

In one part of the country, we had a program rehire a coach who was only discovered to be cheating on his wife after he crashed his motorcycle into a ditch with his mistress on the back of it.  Another gentleman, whose last three coaching performances were widely considered comical, might soon become offensive coordinator at one of college football’s most successful programs.  We had an NFL head coach hired whose only head coaching experience came in the Arena League.  And while another tenured coach was forced to resign from his post, the hiring of his replacement, one of the most sought after coaches in the nation, was openly scrutinized a millionaire booster, not so conspicuously because of his race.  All we needed was an N-bomb mixed into the sound bite to seal the deal.

No wonder Bill Cowher and Jon Gruden prefer the friendly confines of the broadcast booth. 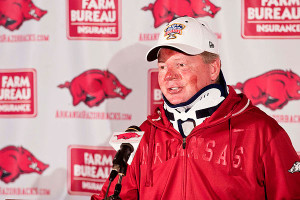 This week, Bobby Petrino was once again hired by the University of Louisville despite what ESPN’s Bob Ley so accurately described as “a timeline littered with questionable behavior.”  In case you don’t recall, Petrino was the one who wrecked his motorcycle with a woman he had hired to work for him, and was sleeping with, on the back.  Louisville athletic director Tom Jurich was unwavering in his decision to rehire Petrino, fully confident his once and future football coach will be on his best behavior.  Oh, to read the terms of that contract.  I, Bobby Petrino, do solemnly swear to keep it in my pants for the rest of my time here at Louisville.  Oh, and no motorcycles either.  Good luck with that, sir.  One can only assume another episode like that would end your career forever but if nothing else, the rehire has proven, in this day and age, anything is possible.

We all knew former Raider, Volunteer and Trojan coach, Lane Kiffin, would wind up on someone’s sidelines once the dust of his previous failures had settled.  We just didn’t expect for him to resurface alongside Nick Saban at the University of Alabama.  Saban doesn’t appear to be a patient man.  One would think he’d have to be with the seemingly incompetent Kiffin running his offense.  As if losing to Auburn as time expired wasn’t devastating enough, Crimson Tide fans have to be shuddering at the thought that Kiffin could ultimately become Saban’s successor. 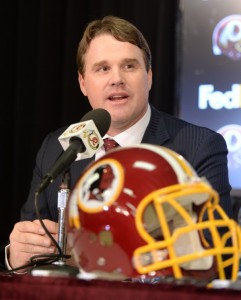 The Washington Redskins rival only the Dallas Cowboys when it comes to leading the league in dysfunction.  They have a guy behind center who can’t stay healthy and who ranked 29th in the league in quarterback rating.  Now they have a brand new head coach whose only real NFL experience came in three years on the sidelines with the Cincinnati Bengals.  Otherwise, his resume includes stints with the Nashville Kats, Orlando Predators and Florida Tuskers.  The Redskins are hoping that six Arena Bowl championships count for something; being the younger brother of Jon Gruden obviously does.  We all knew ‘the other’ Gruden would eventually get a head coaching job somewhere.  We just didn’t expect for it to be with the Washington Redskins although, with Daniel Snyder as their owner, I guess we shouldn’t be surprised of any football-related decisions that go on in the nation’s capital.  Gruden becomes the eighth Redskins coach since Snyder took control of the team in 1999.  In other words, don’t unpack your bags, coach.

And then we have the good old boy network once again rearing its ugly head.  Charlie Strong has made quite the name for himself.  Not only did he cut his teeth at Florida, Notre Dame and South Carolina but he led Louisville, Petrino’s former school, to a 23-3 record over the last two years.  He was the logical, and certainly most qualified, candidate to succeed Mack Brown at Texas. 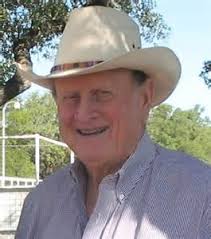 The only problem is that one high-profile booster didn’t think so.  Red McCombs, multi-millionaire and former owners of the Spurs, Vikings and Nuggets (which leads us to believe he must know something about sports), sounded off on the hire.  “Strong would make a great position coach, maybe a coordinator. But I don’t believe (he belongs at) what should be one of the three most powerful university programs in the world right now at UT-Austin. I don’t think it adds up.”  McCombs also called the Strong hire “a kick in the face.”  Nothing says “Welcome to Texas” more than a hearty “Who the fuck is this guy?”

McCombs obviously has the right to his opinion, no matter how incorrect or dare I say, racially charged, it might be.  This can’t be Strong’s first run in with the gold old boy network.  Keep in mind he coached at Florida for years.  McCombs has since apologized for his remarks and the two have kissed and made up.  We’ll see whether Strong forgives and forgets.  McCombs and company will once the wins start piling in.

That, however, holds true for any of the aforementioned coaches.  Win and all is forgotten.  Lose and you’ll be forgotten as well.

And so concludes another episode of As the Coaching Carousel Turns.

18 thoughts on “This week in As The Coaching Carousel Turns…”