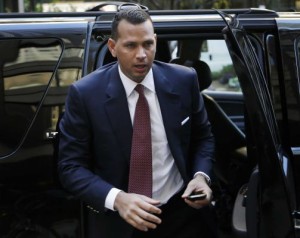 According to recent reports, Major League Baseball’s performance-enhancing prototype, Alex Rodriguez, is dropping his appeal, taking the year off and heading to Mexico.  Good for him.  I’m surprised Bud Selig didn’t offer to drive him to the airport.

A-Rod will probably settle himself into some cozy cliff-side mansion he paid cash for, become a hermit, grow a Duck Dynasty beard and reflect on all the lies he told us over the years.

Or better yet, I’ve found him a more appropriate calling.  Stay with me; this isn’t as far-fetched as it might seem.

As you know, the disturbing mind of SportsChump likes to borrow from the seemingly fictional, yet all too real, world of sports and well, elaborate a little.

As you all recently read, Dennis Rodman played Birthday Ambassador to the supreme leader of North Korea.  It was my theory that he was actually sent abroad on a secretive government mission to rid the land of their Weapons of Mass Destruction.  I called it the Rodman Supremacy.  Conspiracy, you say?  Think about it: which is more likely, that he was sent over there by the president or that he was invited over on his own accord.

Well, I hereby cordially invite you to our latest episode of SportsChump Theatre, where we have a spurned baseball player, a former legend turned sour, returning home to Mexico to become… a soap opera star.  Rodriguez has always been a drama queen; a role as soap opera anti-hero might just be his true calling.

The telenovela is as much a part of Mexican culture as the tortilla or the inability to drink tap water.  So who wants to wager Rodriguez makes a cameo on a Mexican soap opera this season?  If you’re the head of Galavision, you’d be a fool not to make him an offer.

So without further ado, ladies and gentlemen, I give you… Alejandro.

The Latin lover arrives home (artistic license: A-Rod is actually Dominican-American) after years of playing professional baseball abroad although this time, he returns to his little Mexican villa a figure of disgrace.

The entire town of Santo Poco who once supported him unconditionally now turns their collective noses up at him knowing he brought shame both to his name and their town.

Alex Rodriguez, Alejandro, enters his family’s villa after many years.  His father, brother, mother and the lover he once left behind all sit in the living room.

Tears welling up in his eyes, Alejandro shouts “Papá, I’m home.  Hermanito.  Mamá, it’s so good to be back after all these years.”

Alejandro’s father lifts his head up from the newspaper he’s reading, lowering his spectacles down on to his nose.  The aging, weather-beaten father gets up from his patterned living room chair and leaves the room with a look of disgust on his face.

“Papá!” shouts A-Rod, reaching out his arm dramatically.  A single tear runs down his face as his father leaves the room.  Alejandro knows he returns a disappointment. 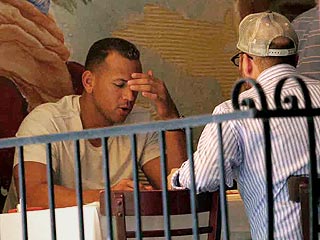 “No te preocupes, mi hijo.  Your father will be fine,” responds Mama Alejandro, happy to see her son under any circumstance.  She gives him a hug before shuffling into the kitchen to prepare some coffee.  “Just give him time,” she comforts.  “He’ll come around.”

Alejandro’s brother gets up to give his older brother an embrace.  “How are things, hermanito?” asks Alejandro.  “How’s that curveball coming?  Still remember everything I taught you?”

The brother nods shyly, unsure whether he should follow his mother’s lead or his father’s.  Alejandro lovingly messes with his younger brother’s hair.  “After dinner, we’ll go out for a catch.”  The brother nods then leaves the room, fearing the heckling he’ll receive from the neighborhood when playing catch with his brother in the front yard.

Alejandro’s former lover glances shyly from across the room.  Alejandro slowly approaches her.

“Amor, it is so good to see you.  You have no idea what this last year has been like for me,” he confesses.

His lover knows not what to believe.  He’s lied so many times before.

As the sun begins to set on the village, made famous only because of Alejandro’s ascent into stardom, a loud rumbling emerges outside.

Alejandro and his girlfriend scuffle over to the living room window, carefully peeking their heads through the drapes. 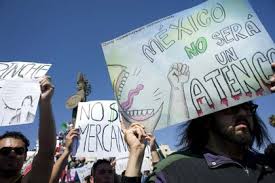 The villagers had gotten word that Alejandro had come home.  They now gather outside his home with pitchforks and torches violently protesting his return.

“Salga, Alejandro!  We know you’re in there!” shouted one apparent leader of the group. “You have disgraced our town and your name!  Come outside and meet your maker!”

Alejandro’s lover holds him back but he knew this time would eventually come.  He had to do what he had to do.

Alejandro walks outside to a throng of boos.  He stands on the elevated patio.  The crowd silences as he raises his hands to speak.

“I’m sorry,” Alejandro told the crowd, finally facing his inner demons, admitting his guilt for the years he had cheated the game.

The crowd peacefully disperses.  That’s all they ever wanted to hear.