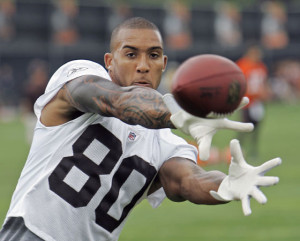 Along with his exposed erection, police also found two open jars of Vaseline and two different types of synthetic marijuana.  When questioned, the embarrassed and obviously high Winslow told police he was looking for a Boston Market.  Insert gratuitous, chicken-choking reference here.  Winslow was subsequently arrested.

As precarious a situation as Mr. Winslow found himself in, he is going to have to try a little harder than that to crack my list of The Top Five Most Famous Sports Penises of All-Time. 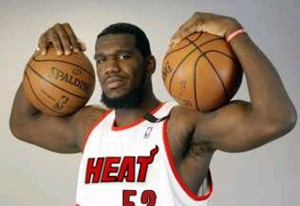 Greg Oden was kind of a big deal coming out of Ohio State.  After all, it’s not every day that a seven-footer hits the NBA Draft Board with such promise.  Despite his recent signing with the Miami Heat, Oden has failed to live up to expectations largely due to injury.

However, Oden’s real claim to fame came not with being selected first in the 2007 Draft but rather when the explicit pictures he sent his girlfriend found themselves splattered all over the internet.

Things would have been far worse if the center had nothing to brag about.  If nothing else, at least Oden’s exposé was proportional to his seven-foot frame. 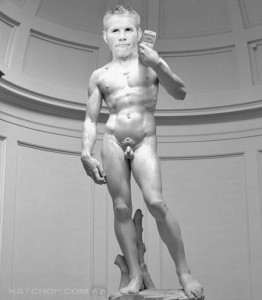 When it comes to inappropriate texts, Brett Favre takes top billing.  As the wily, gun-slinging, not-making-his-mind-up quarterback was approaching the end of his career, he apparently had a thing for internet-bombshell-turned-sports-reporter Jenn Sterger.

Sterger made public the voice mails that Favre had left her, inviting her up to his hotel room for a nightcap.  Good luck explaining that to the wife.  But honey, she wanted an exclusive.

According to Sterger, Favre also sent along pictures of his unzipped Wranglers to sweeten the deal.  Somehow, Sterger, fourteen years his junior, found it within herself to decline the offer.

Favre is the NFL career leader in passes completed but it might be for this one ill-advised and incomplete pass that he’ll be forever um… remembered. 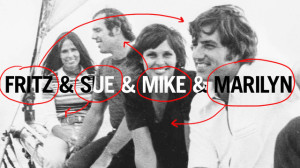 Mike Kekich and Fritz Peterson both pitched for the New York Yankees in the early 1970s.  Despite having rather lengthy careers (no pun intended), neither will be recognized for their performances on the field as much as they will for their antics off it.  Ben Affleck and Matt Damon are even aspiring to make a film about the two.

In March, 1973 Peterson and Kekich publicly announced they were trading lives… and wives.  That was risqué even for the mid-70s.

Only Peterson, Kekich and their wives (and perhaps Damon and Affleck) know the full extent of who did what to whom.  Either way, it’s safe to say these two will go down in history as the most famous Yankees pitchers since Babe Ruth to ever “swing” for the fences. 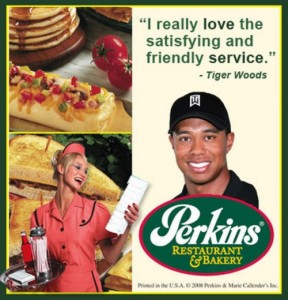 There are affairs and then there are worldwide scandals caused by one’s inability to keep his business in his pants.

Woods’ rampant infidelities wrecked his marriage, his image, his bank account and his golfing career.  He hasn’t won a Major since 2008.  Despite his unwillingness to leave his woods in his bag, however, his exploits still rank him second place on this list behind… 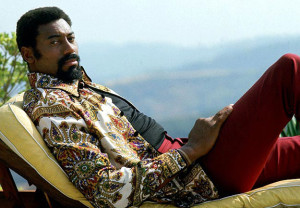 Even Gene Simmons has nothing on Wilt Chamberlain.  The rabbinical-student-turned-rock star claims to have slept with over 5,000 women after face-painting and tongue-waggling made him a rock and roll icon.  It’d take Gene a few more concerts and a lot more Viagra, however, to come close to the world’s most famous sports penis of all time:  Wilt the Stilt’s.

By his own account, Wilt had four times the amount of soirees of the Kiss bass player.  With all that fornicating, it’s amazing he had time to suit up for basketball games.

In this day and age of lambasting athletes for their improprieties, can you imagine how we would crucify someone if they ran from bed to bed with the frequency of Chamberlain?

The world’s most dominant basketball player passed away in 1999 but not before sharing his magic johnson with a reported 20,000 women, another one of his records that will never be broken.

Congratulations, Mr. Chamberlain.  You’re the cock of the walk.