*One of the great things about running a sports website is that, every once in a while, I run into a character with something interesting to say.  Either they’ll agree with me or disagree but the interaction always leads to healthy debate.

Such was the case this week when I encountered Mark Chisholm, a Tampa native and ardent Bucs fan, in the Twittersphere.

Mr. Chisholm was impressed with the site (he’s obviously easily impressed) and asked if I minded if he contributed a piece or two.  I warned him that my readers could get a tad ornery.  He said he wasn’t scared.

So get your fangs ready, ladies and gents, as here is Mr. Chisholm’s take on your Tampa Bay Buccaneers and the family that runs them. 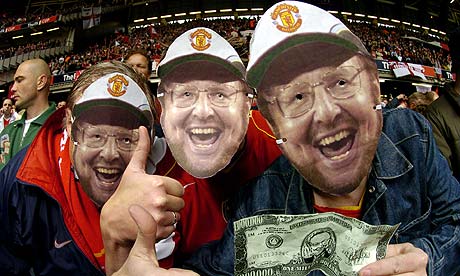 As the Buccaneers turn their attention to preparation for the start of free agency on March 11, the question most fans ask is, “How much money will we spend?”

A better analysis than stating how much salary cap room the Glazers are allotting to spend would be asking, “Do the Glazers really want the Buccaneers to win?”  Simpler.  More accurate.

If you had two professional sports franchises and one had a significantly higher potential for making money, which would you concentrate your focus on?  Consider also the one with the higher potential requires more money, time, and success on the field to reach those huge earnings while the other is the more modest, but steadier, earner.

The profit margins in owning an English Premier League club are much more volatile than in owning a NFL franchise.  Missing the UEFA Champions League tournament (as Manchester United almost certainly will this season), failing to advance in other events such as the FA Cup; these defeats result in vast amounts of lost revenue.  If a football club wants to remain among the world’s elite, expenditures are massive and a consistently maximum revenue stream is imperative.  Wages and transfer fees for the best players are the chief source of cost.  The requirements are simple: you must be completely consumed with maintenance, if you are to sustain a successful world renowned football club.  The Glazers are planning today, tomorrow and well into the future for the prospect of their ever-growing profits from Manchester United. 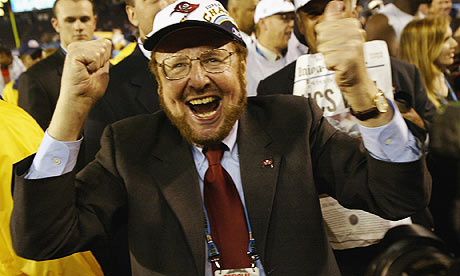 NFL franchise is not the spectacular revenue generator the world’s most recognizable sports franchise is.  However, it is a consistent one.  A team does not need to go to the playoffs to see a steady stream of revenue.  A team’s trip to the Super Bowl does not amp up profits by double digit percentage points as it does for an international football club advancing into the Champions League final.  The Bucs are a steady, viable touchstone in the Glazers’ portfolio.  The value of the franchise is five and half times what it was when Malcolm Glazer purchased the team in 1995.  Even though the Bucs had one of their smallest operating surpluses ever ($2.2mil) in 2012, it is a safe asset that needs little management.

Winning is more directly tied to revenue for Manchester United and yet even there the Glazers only authorized the signing of one high priced player last off-season.  They do not spend the most money in the Premier League, yet they make the most.

But isn’t winning tied to revenue in every professional sport?  Mostly, yes.  But the Buccaneers owners are about profit margin, not revenue. 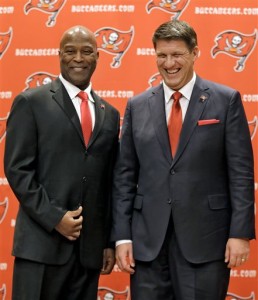 With these basic financial facts, and in light of how much money they have spent the past two years in free agency and failed coaches’ salaries, what do you think the Glazers have authorized Jason Licht and Lovie Smith to spend?

Foolish and unthinking bandwagoners will wish and hope for a big name, high dollar free agent like Greg Hardy or Branden Albert.  Just be happy money was spent to bring in Lovie Smith.

Rest assured, the Glazers do not care much about winning a Super Bowl.

26 thoughts on “Questioning ownership’s will to win: The curious case of the Tampa Bay Buccaneers”