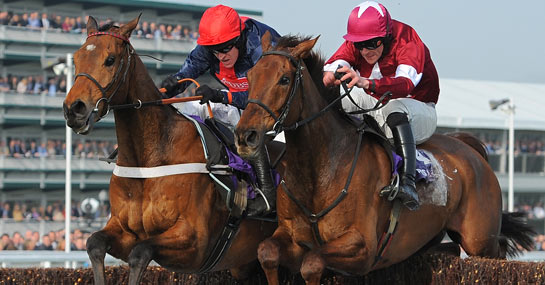 The 2014 Cheltenham Festival will begin on Tuesday March 11th, and brings four pulsating days of top class national hunt racing. The festival attracts the very best horses, trainers and jockeys, and features some of the most competitive top-class races of the entire season, including the Queen Mother Champion Chase, the World Hurdle, and the Champion Hurdle.

However, one race rises above them all and is the highlight of the entire festival: the Cheltenham Gold Cup. Run on the fourth and final day of the festival, the Gold Cup tests the very best staying chasers over 3 miles 2 ½ furlongs, with 22 fences to be jumped along the way. This test of endurance and jumping technique has created some memorable races over the years, with only the very best chasers winning the race.

In recent times the Gold Cup has been a happy hunting ground for favourite-backers, with the last thirteen winners being in the top three in the betting. However, this does not mean that the rest of the field should be ignored. Many of the past winners of the Gold Cup had been lightly raced in the lead up to the festival, and experience of winning a grade one race has also been vital, just as Cue Card did with the Betfair Hurdle, with Coral covering all of the action at http://news.coral.co.uk/horse-racing/cheltenham/cue-card-form-book-triumph-betfair-chase_13764.html. This race proves a key Gold Cup trial, with many entrants taking part in both.

Bobs Worth 2/1: The winner of last year’s Cheltenham Gold Cup is the favourite with Coral to win the event again this year. However, losing to many fellow entrants in the Betfair Hurdle will not go unnoticed, even though he seems to greatly favour Cheltenham.

Cue Card 8/1: If trends are to be believed, being outside the top three in the Gold Cup betting is a bad sign. However, Cue Card has beaten many of his fellow entrants, and is proven class.

With an extremely strong and experienced field, the 2014 Cheltenham Gold Cup looks set to be a classic.