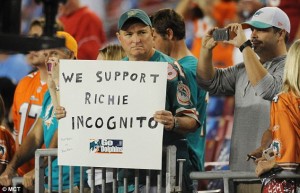 When news of the big, bad, bully-cognito first surfaced months ago, I tried to give former Dolphins (extremely) offensive guard Richie Incognito the benefit of the doubt.  When I heard of the verbal tiffs and inflammatory texts exchanged between Incognito and former teammate Jonathan Martin, I thought perhaps Martin was being a tad sensitive.  After all, that sort of chatter occurs in locker rooms nationwide.

Well, Incognito’s actions are becoming harder to justify.  Since his suspension, not only did he take to Twitter to speak his mind about how he felt betrayed by Martin, whom he considered his best friend, Incognito recently took out his frustrations on his car as well.

On your ordinary, sunshiny Thursday afternoon in Scottsdale, Arizona, police officers arrived at Incognito’s house on a tip from none other than TMZ.  I guess they’ve set up shop outside Incognito’s residence waiting for him to do something stupid.

The move paid off. 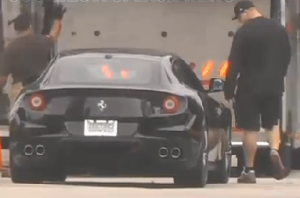 Cops did not press charges but it has become clearer than ever that our boy Incognito is in need of some therapy.  He checked himself into a local psychiatric hospital days later.

Once news that Incognito went all John Goodman/Larry Sellers on his black Ferrari, Tweeters took to their keyboards at his expense.  Here were some of the most imaginative Tweets that, while funny, won’t put Richard Incognito’s Ferrari back together again.

Never ever go full Incognito on your car with a bat… 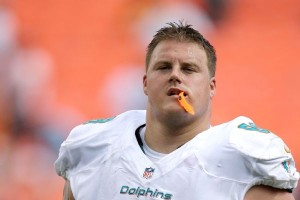 It’s ironic that Richie Incognito is famous all over the country, yet nobody’s ever heard of Richie Infamoso.

For a guy named Incognito, he’s sure in the news a lot 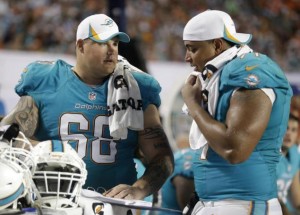 After trashing his Ferrari with a baseball bat, Richie Incognito told it he was going to have sex with both its sister and its mother.

I’ll be honest when I first heard that Incognito took a baseball bat to his Ferrari, I thought it was a stripper he met the night before.

Wow, what a surprise, Richie Incognito took a baseball bat to his BLACK Ferrari. 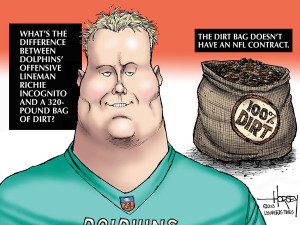 Damn. Incognito is such a bully that he is bullying himself now.

After taking a bat to his own Ferrari, Richie Incognito already has a higher batting average than A-Rod will have all year. 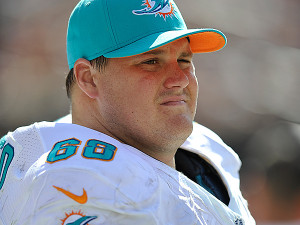 After seeing tape of Incognito hitting car with a bat, the Houston Astros offer him a 5yr contract. He declined, sayin “F*** u, n****r”

Richie Incognito takes a bat to his Ferrari. Bet he left some nasty voicemails for that damn car too. 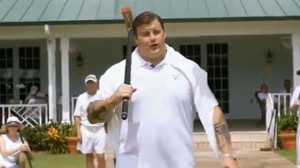 Richie Incognito’s only play now has to be that CTE and multiple concussions is at the root of all his irrational behavior, right?

“Incognito damages his Ferrari with bat” … This guy has Cincinnati @Bengals written all over him.

22 thoughts on “Richie Incognito trashes his Ferrari, then gets trashed on Twitter”