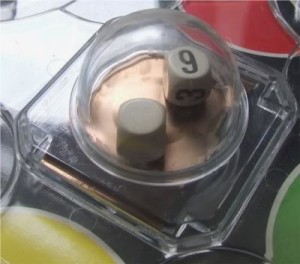 What was that old board game we used to play as children, the one with the dice in the plastic bubble where we’d press down on the bubble to see the dice pop around like popcorn until they finally landed on a number so we could move our pieces?

That’s what the last twenty-four hours have been like for professional football players: a career-threatening game of musical chairs with free agents too numerous to mention getting their chair pulled right out from under them.  Once upon a time, they had job security and a comfy place to sit.  Not so much anymore.

Prior to the official start of NFL free agency (4 pm Tuesday), all football-related ESPN broadcasts had a huge countdown clock looming.  It was like the second coming of Y2K.  Better have your canned goods ready for all hell was about to break loose.

We heard big time names mentioned in the fray: DeMarcus Ware, Darrelle Revis, Steve Smith, Julius Peppers, Darren McFadden, Aqib Talib, Darren Sprowles, Michael Vick.  Should they stay or should they go now?  Very few of them had any say in their futures; even fewer will be making the money they were making only twenty-hours ago.

This time of year has to be maddening for everyone involved: for the GMs because they’re scrambling to do their best to cut high-cost players and make cap room for the upcoming season, for the players because suddenly, that multi-million dollar paycheck no longer exists and for the media because they are likely getting less sleep in their beds than they are reliable information from their sources.

Tuesday afternoon’s free agency fracas was so frenzied, the NFL.com’s transactions page couldn’t even keep up.

Here’s a list of the transactions that occurred only eight hours after the trading deadline: 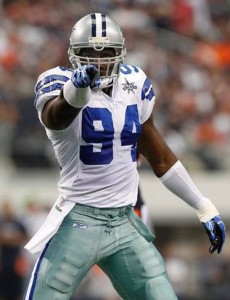 DeMarcus Ware is a 31-year old defensive end and now, a former Dallas Cowboy.  He made $4.2 million last year but was scheduled to make over $12 million in 2014.  See ya’, wouldn’t wanna be ya’.  Most agree that Ware still has plenty in the tank.  Despite only having six sacks in 2012, he had 19.5 in 2011 and 20 in 2008.  Still the Cowboys had to ask themselves what he had done for them lately and whether that was worth a healthy percentage of their salary cap.  They did, it wasn’t, so they parted ways.

Darrelle Revis was once the best cornerback in the game.  That honor now belongs to Richard Sherman.  The Tampa Bay Buccaneers signed Revis to a hearty contract last off-season but new management questioned whether that deal was still beneficial to the organization.  After all, $16 million dollars is a lot of money to pay for two interceptions (Revis’ total last year) and one questionable knee.

Julius Peppers is 34 years old and, at 6’7” and 280 lbs., is still physically imposing.  Just not imposing enough to warrant the $9.8 million the Chicago Bears were going to have to pay him next season.  So Peppers go bye-bye. 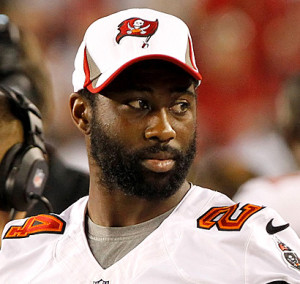 I could go on and on but why bother.  The last twenty-four hours prove more than anything the NFL is a business and a cutthroat one at that.  There is very little guaranteed money and certainly no guaranteed future.  So many contracts are back-loaded to fit a particular year’s cap that the athlete rarely gets to see a large portion of his paycheck.

It’s almost enough to make you feel sorry for them.  Notice how I said “almost.”

With everything that’s going on in sports right now, this just proves once again that the NFL still reigns supreme, as businesslike as it may be.  In fact, that’s probably why we enjoy it so much.  There wasn’t a guy who walked into my bar yesterday, who wasn’t on a date, that wasn’t talking football over everything else.  March Madness and the Major League Baseball season are both right around the corner, the NBA playoffs are one month away and all any sports fan could talk about is which NFL player is either looking for work or playing in a different uniform.

Even with all the misery that comes with this big name chopping block, there is still a glimmer of optimism.  We tune in to the free agency transactions in the hopes that our teams will make the right decisions, that we will sign that one player who could get us one step closer to a Super Bowl.  Well, everyone but Browns fans who have probably given up at this point.

Here’s hoping your team made all the right moves on Tuesday.  We’ll find out whether or not they did in just a few months.