“If you wanna go and take a ride with me…”

I just became a millionaire.

Okay, that’s not entirely true but I did come up with an idea that will soon make me one.  I’ll meet you guys in line at the bank teller.  I’ll be the one with the hearty deposit slip and the wads of cash in his hand.

In fact, I’m going to go ahead and copyright my idea right here, right now, so when it becomes commonplace among professional sports franchises nationwide, I’ll have proof that I’m the one who thought of it first.

And like so many other good ideas of our time, it was inspired by drugs, booze and jail time.  Long live rock and roll! 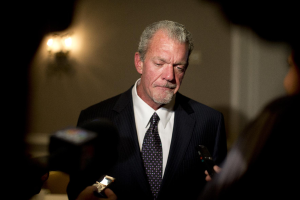 It’s all we can talk about these days.  We’re smack dab in the middle of March Madness and what grabs the headlines but the owner of the Indianapolis Colts getting pulled over and arrested for suspicion of driving under the influence.  Jim Irsay, who has had problems with drugs and alcohol in the past, has since been released and checked himself into a rehabilitation program.

He’s not the first, nor will he be the last, recognizable sports figure, whether it be owner, coach or player, to run afoul of the law for getting behind the wheel after having one too many.

The rest of us sit shaking our heads in judgment, watching the news and wondering why the hell these multi-millionaires don’t just cab it.  Why do those with so much to lose not take the necessary precautions, we’ll ask aloud, as if we’ve never been guilty of doing the same? 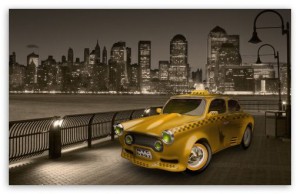 Well, here’s the solution and honestly I’m amazed nobody has thought of it before.  I guess that’s why you guys keep me around.

How much do professional sports teams make in a year?  I know that number varies depending on whether you’re the New York Yankees or the Jacksonville Jaguars but think about it, how much does it cost a professional sports franchise when one of their players, or coaches, or any recognizable person within that organization sullies their reputation by getting pulled over for drunk driving, or worse, injuring someone while doing so?

Thanks to me, their problem is now solved.

Each organization should employ designated drivers.

Employ a staff or fleet of drivers to be at the organization’s beck and call at all hours of the day.  Wanna go out clubbin’?  Call your driver.  Wanna hit the town for a little ooh-la-la?  Pick up the phone.  Wanna just get away?  You should already have the number on speed dial.

Lease a number of Escalades or limos or whatever’s in fashion these days, park ‘em outside the stadium, pay the drivers accordingly, drug test them… obviously, and make sure whoever is taking those cars out for a leisurely stroll tips the driver handsomely for his troubles.

No more embarrassing black eyes for the organization.  No more owners in the slam and as fun as they might be for us to look up online, no more athlete mug shots.  I don’t mind giving up my time Googling athletes who have been arrested if it means reading about one less drunken athlete on the side of the road.  Better yet, TMZ would go out of business.

It all sounds pretty simple to me.

Back in the day, the Detroit Pistons became one of the first teams to fly players around on their own private jet.  It sure as hell beat flying commercial.  Plus way more leg room.

I would imagine keeping a few drivers and vehicles around would beat the hell out having to explain to the media and your ever-dwindling fan base why so many of your employees end up with criminal records.

Teams could even play it off as if they were “concerned about their players’ well-beings” and “the benefit of the community at large” when we all really know deep down inside it’s only their own reputation they’re worried about.  Plus I’m sure it’s a pretty hefty tax exemption.

Either way, who cares?  Any way you slice it, it’s one less sot behind the wheel.  And that’s a good thing.

13 thoughts on “The most obvious idea ever is about to make me a very wealthy man: SportsChump hereby copyrights The Professional Sports Taxi Service”