“Have you ever been experienced?  I have.” 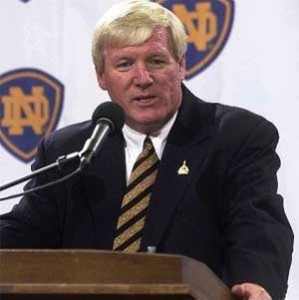 The first time I can recall hearing that a coach had lied about his job experience involved George O’Leary.

It was 2001 and O’Leary was applying for the head coaching position at Notre Dame.  I’m pretty sure you guys have heard of that school.

O’Leary was actually hired on as their head football coach… for five days.  He then resigned after admitting he had lied on his resume.  A local newspaper trying to do a feature on O’Leary discovered the mistruths that led to his resignation.  O’Leary has since cleaned up his resume (not sure if he includes the five day stint at Notre Dame on there) and has gone on to build a successful program at the University of Central Florida.

All of us are guilty of embellishing upon our past responsibilities when preparing for our next job interview but the majority of us aren’t in the spotlight, applying for major college coaching positions, with the understanding that said background check would undergo the strictest of scrutiny.

The reason I bring this up is because it has happened again, right here in my home town, blocks away from where I live. 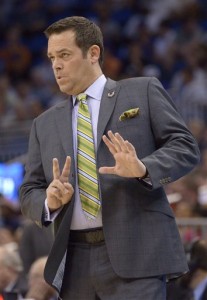 Former (or current, we’re not sure which) Manhattan Jaspers coach Steve Masiello was applying to a job that I’m pretty sure I qualify for, that being the men’s head basketball coach at the University of South Florida.  The only problem is that Masiello, like O’Leary before him, lied about his experience.  On his resume, Masiello listed that he had graduated from the University of Kentucky, which he did not.  According to ESPN.com, Masiello and his agent have declined to comment.  (And for the record, if USF caught this mistake, why didn’t Manhattan or are their hiring practices not as stringent?  Or did Masiello just hire a new resume writer?)

As I said earlier, we’ve all taken a few liberties when describing our job histories to potential employers.  We’ve fudged a few dates and perhaps glossed up a job title or two but this is big time college athletics, stuff that’s in the public eye.  Why would coaches lie about a degree or a previous coaching position knowing it will eventually bite them in the ass?  We can all agree that the NCAA doesn’t believe that honesty is the best policy, however, those in a position of molding young men should probably stray from the example their employer has set. 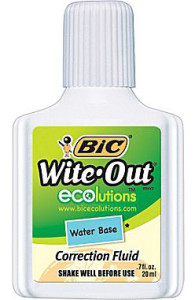 Okay, I’ve got the degrees and um… one year experience coaching youth basketball.  But I could easily change that one to a six or an eight.  All I need is some magical O’Leary-Masiello White-Out and I’m in like Flynn.

I’m pretty sure I couldn’t outwit or out-recruit Rick Pitino or Billy Donovan or Tom Izzo but the USF basketball program is in shambles.  They won three conference games this year.  They finished the season on a nine-game losing streak.  They literally ranked 296th in points scored last season.  They lost to Louisville twice by over 25 points each time and lost to UConn by 43.  I’ll tell you what.  I may not be able to beat a Kevin Ollie-coached team but I’ll be damned if my players are going to lay down to ANYONE by 43 points.

Basically, this program couldn’t do any worse.

So I hereby submit my application to the University of South Florida to become their next head basketball coach.  Their former coach, the recently fired Stan Heath, was making over a million dollars a year.  That’s about $333,000 per conference win.  I’ll do it for half that, less with incentives.  Just think of the positive attention such a bizarre hire would bring to the university.  Major college program hires ravishingly handsome, no-name to turn things around.

Sure, they wouldn’t have an “experienced” guy roaming their sidelines but at least they’d have a guy who didn’t lie during his job interview.

29 thoughts on “White lies and White-out: All one needs to become a college head coach”