“The sky is burning.  I believe my soul’s on fire.”

I’ve never understood the whole ritual of burning things after a team victory.  Why do we resort to setting things on fire in celebration?

Probably the most famous, riot-related incident came after the Detroit Pistons won their NBA championships in the late 1980s.  The city also rioted years earlier when the Tigers won the World Series in 1984.  As if being trapped in Detroit wasn’t reason enough to burn something to the ground, they needed a title or two to inspire them. 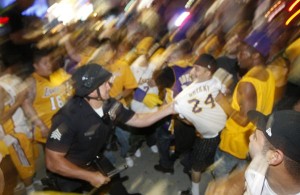 Not to be outdone, Los Angeleans rioted after their Lakers won a championship in 2010.  Cities all over the world lose any sense of decency when their sports teams win a championship.  I can’t imagine what will happen if, or rather when, Brazil wins this year’s World Cup, which is being held in Rio de Janeiro.  Lock your doors, just in case, and if you’re visiting Rio for the games, it’d be best to stay out of the favelas.

I was living in Gainesville in 2007 after the Gators won their second national championship.  I took to the streets just to see how kooky people would get.  I didn’t see anyone burning anything.  GPD had things pretty much under control.

I did, however, see one co-ed climb a tree right on University Avenue. 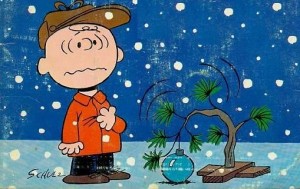 Climbing a tree, SportsChump, what’s the big deal?  That’s hardly an act of rebellion.  Well, you should have seen this tree.  It looked like the one Charlie Brown brought home for Christmas that wilted over as soon as he put an ornament on it.

As far as I know, the kid made it down from the tree okay but if he didn’t, that’s his own fault.

The reason I bring this up is because after Kentucky’s victory over Louisville on Friday, the good people of Lexington took to burning couches in celebration.  It was more than just a tournament game; it always is when these two teams play.  Kentucky, the ninth seed, was going against the defending national champion.  They had already beaten them once this year and were probably the better team going in.

Ironically, two days later, Kentucky won again beating Michigan, the state of all things riotous, to get to the Final Four.  What’s left to burn other than the kitchen sink? 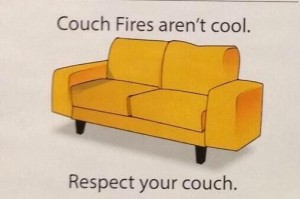 But back to the couches.

First of all, I love my couch.  I’ve owned it for years.  I sleep on it almost nightly and would never think about setting it afire.  In fact, my Gators have won several national championships over the years and I don’t think I’ve ever burned anything in celebration.  Okay, maybe a joint or two but that’s about it.

Maybe it’s me.  Maybe I’m just not rowdy enough.  Or maybe I should head over to the local Wal-Mart, pick up a ten-pack of Bic lighters and start setting shit on fire to fit in with the masses.

And why couches?   I could almost comprehend the burning of the couch if it had any sort of historical significance.  Does this date back to the very first Louisville-Kentucky game in 1913 where only whites were allowed to watch games on their barca-loungers and everyone else burned chairs outside in protest?  I don’t see where burning a couch is any sort of legitimate celebration as if to say “Hey! We just beat you!  So we’re burning our furniture as a result.  By the way, do you know the way to the nearest Rent-A-Center?  I need a new sofa.” 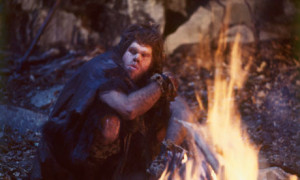 We’ve talked about this before and apparently will continue to do so again until we, as sports fans, learn how to comport ourselves.  We win things, we burn shit.  Is that the best we can come up with?  Didn’t we see Quest For Fire?  Where’s our evolution?  Instead of hugging and high-fiving, we resort to looting and pillaging, not to mention knuckle-dragging.

Well, rest assured, when my team wins another national championship, I won’t be burning anything.  Call me old-fashioned, say I’m over the hill, but raising a glass, hugging a friend, sending the obligatory texts to those who aren’t around and of course, wiping a misty eye are all in my playbook.

My furniture will remain intact.  So sorry to disappoint.