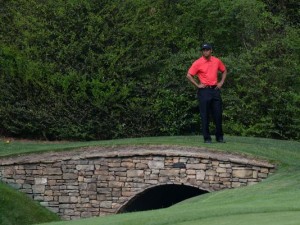 Tiger Woods has pulled out of this year’s Masters, an event he has won four times and the most coveted and prestigious championship in all of professional golf.

At 38 years old, we don’t know how long it will take Woods, who was once unanimously (and perhaps prematurely?) considered the greatest golfer of all time, to return to the game or to the form he once knew, or at this point, if he ever will again.

After all, he hasn’t yet… and his clock is ticking.

His passing of Jack Nicklaus’ record of 18 majors (Tiger has won 14) was once considered a foregone conclusion.  Not so much anymore.

Dan LeBatard led his Wednesday broadcast of Highly Questionable by asking whether we were all ready to “write Tiger off.”  I would like to propose a far more intriguing question. 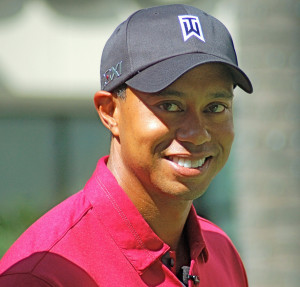 How will Tiger be remembered?

Aside from perhaps Kobe Bryant, who managed to regain his superstar status after an ill-advised soiree in Colorado, and OJ Simpson, who is now in prison for his stupidity, I’m not sure we have seen an athlete fall so quickly from likeable to despised, as we have with Tiger Woods.  Despite his actions that deservedly caused such a seismic shift in public opinion, Tiger remains the biggest draw in the sport.

Earlier this week, the golfer we love to hate yet can’t turn our eyes from had surgery on a pinched nerve.  The surgery was said to be a success.  Estimates put him back on tour some time during the summer.  But anyone who’s ever had back problems knows the lingering effects they can cause.  Larry Bird’s back problems essentially ended his career.  Two-time MVP Steve Nash’s back problems kept him from playing all season.  Basically, bad backs are nothing to sneeze at.

Tiger still has to win five majors to attain his goal and convince the lot of us he can do what he once set out to do: become the all-time winningest golfer in the events that matter most.  Tiger had a relatively successful 2013, winning five of the 16 tournaments he entered and bringing in over $8,500,000 in tour earnings but he hasn’t won a major since 2008.  This is coming from a guy who once won four in a row.

There is no need to rehash what happened in Tiger’s personal life and how it affected not only his overall game but how he is publicly perceived.

What matters most is that he commits himself to rehabbing his injuries and refocusing on the Grand Slam record he so covets.  It’s hard to imagine what we considered for so long the Michael Jordan of golf giving up on that goal.  Yet at this point, it’s also becoming harder to see him achieving it. 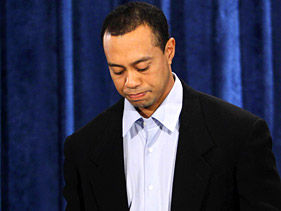 So what if he never wins another, or wins one or two but still falls short of Jack’s record?  How will we remember him?  Will we rethink our opinions of him as the greatest golfer ever?  Have we already?  Can we separate his personal and professional lives enough to make a fair judgment?

When it comes to Tiger, I can’t help but think we’ve been short-changed.  An injury-plagued end to Tiger Woods’ career would be like a masterpiece that was never fully finished or a meal we know was delicious yet somehow left a bad taste in our mouths.

The task that lay before him is not impossible.  Nicklaus won exactly four majors after turning 38 years old.  Tiger Woods will need one more than that to surpass him.

At this point, he’ll have to do so not only with a bad back but in a role he’s never been in before: the underdog.