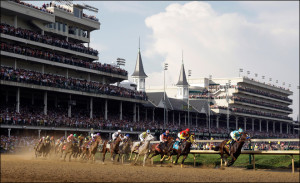 There are certain events that draw in huge audiences composed of people who otherwise don’t usually watch that particular sport. In football, the obvious example is the Super Bowl, whereas for soccer it’d be the World Cup Final. You may even be one of the several million people around the world who became entranced by the majesty of curling during the Sochi Winter Olympics. In horse racing, it’s got to be the Kentucky Derby.

On May 3rd this year, vast numbers of people who don’t usually bet on anything will have a couple of bucks on the race known as “the most exciting two minutes in sports.” If you’re going to be one of those people, this post will walk you through what you need to know. You can also check out this handy guide to some of the jargon for those new to betting on horses. 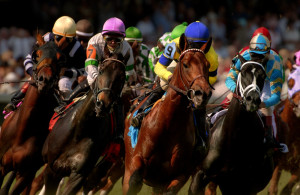 Action from the 2011 Kentucky Derby.

How you choose your horse is up to you of course, but it’s useful to know in advance which runners have a decent chance; many people new to betting pick a name that reminds them of their first pet or because it just “sounds nice”. If the horse drops dead after 50 yards, that strategy begins to look suspect.

Odds will fluctuate greatly in the run up to the race of, but sites like SportsInteraction can keep you updated – some of the horses scheduled to run will inevitably not do so on the day, and some of the odds will shift dramatically as bets flood in, so stay up to speed. 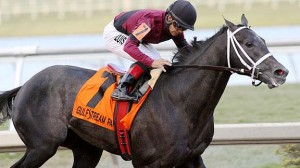 Current favorites include Cairo Prince, Shared Belief, and California Chrome, all with odds hovering between 800 and 1200 as of late March (meaning that a $100 bet would win you that amount). Cairo Prince has the potential to be a truly great horse, and seems to be on great form, having been one of the favorites for weeks.

The importance of keeping in touch with developments is highlighted by the case of Shared Belief however; while he’s still listed as a favorite for the Kentucky Derby by many betting firms, he’s out of the running for the event according to trainer Jerry Hollendorfer. Having won the San Felipe Stakes, California Chrome looks like an even better bet after the dropping-out of Shared Belief. 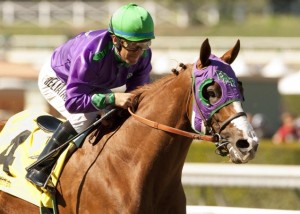 The message is clear; if you’re going to have a bet on the Kentucky Derby, especially an early bet, make sure you stay in touch with your chosen horse’s form. You may get lucky picking a horse at random – but you’ll be entitled to feel proud of a win with an animal you’ve kept an eye on.