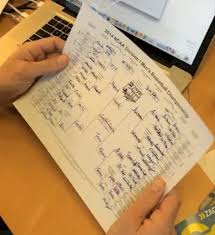 We un-crumple the brackets we tossed to the floor in disgust only a day into the tournament.  We look at them again, hoping, begging for a chance.  There’s not one.  We wonder how things could have gone so horribly wrong.  How could it all be over before it had even begun?  I’m in the forty-ninth percentile?!?  This was supposed to be my year.

You’re not alone in those sentiments, sports fans.  As we learn every year, there can only be one shining moment in time and only one player with the golden bracket.  And if we learned anything from this year’s tournament, it’s that sometimes the most random, roll of the dice selection can still win it all.

But can these outcomes be foreseen?

There are a number of things we tell ourselves we’re going to do before filling out our brackets, even though we never really do them.  This is why I’m here to help.  Bookmark this page and refer back to it early next March.  When you finally conquer your bracket league, all I ask for is a fair share of gratitude in return.

While the rest of us wonder how the hell Kentucky and UConn made it to the final game, here are some helpful hints to uncover those diamonds in the rough so you can be the talk of the town next year. 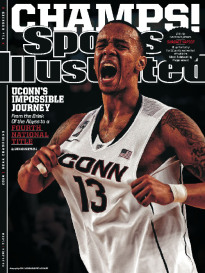 Tournament location – UConn lucked out this season.  Certainly their national championship was well-deserved but not even the most dedicated Storrs co-ed thought this team was title material.   That’s because they didn’t pay attention.  A closer look back shows us they got to play their third and fourth tournament games in Madison Square Garden, basically their own backyard.  Higher seeded teams generally get the benefit of playing close to home by virtue of a successful season but the second rounds of games are up for grabs.  If you had picked UConn to win their first two games, which were played in Buffalo, then picking them to upset Iowa State and Michigan State in the Big Apple wasn’t that much of a stretch.  The only problem is… we didn’t look ahead of time to see where those games were being played.  We all just assumed the Cyclones and Spartans were better teams, which they may have been just not on those given afternoons in an arena overrun with UConn fans.  I actually put a lot of credence into where tourney games are held.  An underdog can always rise to the occasion in what essentially boils down to a home game. 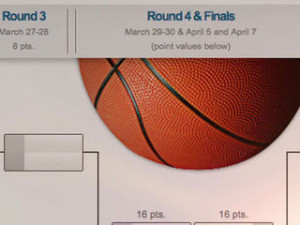 Schools and their Schedules – From Sunday evening to Thursday noon, before the very first ball is tipped, we scour the internet researching who lost to whom, whether it was early in the season or late, their out-of-conference schedule, which teams are healthy, which conferences were better and how all that will affect tournament play.  It’s enough to give one carpal tunnel syndrome.  Tournament play is generally a good indicator as to how a team will fare against others.  The problem is we never know which conference is best.  All season long we were told the Southeastern Conference was weak yet two of its teams made the Final Four.  Go figure.  Weeding through all the nonsense you read and hear isn’t always easy… but it’s necessary.

Spread out your Winners – Every year, I fill out several brackets just to spread things out a bit.  This year, I chose nothing but Florida to win it all because a) I’m a homer and b) I legitimately thought they were the best team.  (They were – I keep telling myself that.)  In other years, however, your national champion is not so clear cut, kind of like this year, i.e., Ladies and gentlemen, presenting your national champion, the seventh-seeded UConn Huskies!  Louisville was strong last year, a number one seed, but they weren’t the overall favorite to cut down the nets.  If you’re going to enter several pay pools, it’s wise to select a number of different winners so that all your eggs aren’t in one basket, leading to that queasy feeling when your projected champion gets bounced in the second round. 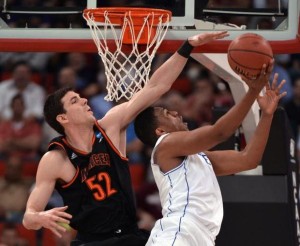 Cinderella Story – There’s one every year and they’re tough as heck to spot.  I call BS to anyone who had Mercer beating Duke or Dayton getting to the round of sixteen.  But they’re out there.  That’s what makes Warren Buffett such a smart man.  People scoffed at the idea of him awarding one billion (with a b!) dollars to anyone who filled out a flawless bracket.  Buffett was proven correct by day two of the tourney, probably before he could even turn on a TV to watch a highlight.  There’s a reason he’s rich and we’re not.  Picking a Mercer or a George Mason or a Florida Gulf Coast out of a lineup is hard to do even for the most discerning eye.  While Cinderella teams are often worth taking a chance on, choosing one to knock off a top seed could cost you in later rounds. 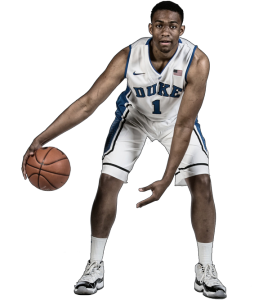 NBA Talent – This post-season, Marcus Smart and Jabari Parker gave new meaning to the term “one-and-done.”  Both are projected to be early first round picks in the NBA Draft.  Both of their teams lost in the first round of the NCAA tournament.  While Smart is actually a sophomore, his return to college didn’t go as well as he would have hoped.  He was suspended three games after an altercation with a heckling fan and his Oklahoma State Sooners got bounced before he could say “With the first pick of the 2014 NBA Draft, the Philadelphia 76ers select.”  Parker also declared his draft eligibility bidding Durham adieu.  Surefire NBA prospects are no key to picking a smudge-proof bracket.  Greg Oden was drafted number one back in 2007.  Months earlier, he led his Ohio State Buckeyes to the national championship game.  Kevin Durant was drafted second that year.  His Texas Longhorns lost in the second round of that very same tournament.  This current Florida Gators team probably doesn’t have a lottery pick on their roster yet they made the Final Four.  So where does that leave us?  Team chemistry is far more important than individual talent and a combination of the two is even better. 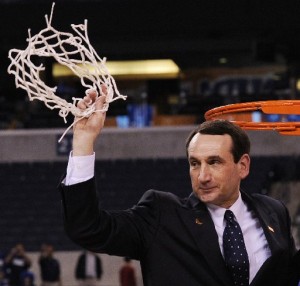 The Coaches – Newbies rarely make a run.  Oh, except of course for Kevin Ollie… or Bo Ryan who had 700 career victories before reaching his first Final Four this year.  It’s easy to go with the Rick Pitinos and John Caliparis and Mike Krzyzewski of the world.  After all, they win tournament games.  The only problem is there can only be one winner.  So how far do we roll with an experienced coach and what does that do for us when a Mercer knocks off a Duke?  Ollie had 600 fewer games coaches than Billy Donovan and look how that turned out.

As you probably already knew, nothing but a time machine made out of a Dolorean will help us fill out the perfect bracket so take this advice with a grain of salt.  And good luck next year trying to sneak that cool billion dollars out of Mr. Buffett’s coffers.