One such billionaire, Donald Sterling, owner of the Los Angeles Clippers, was recently caught in a compromising position, one in which a racially-inspired conversation was recorded between him and his girlfriend. 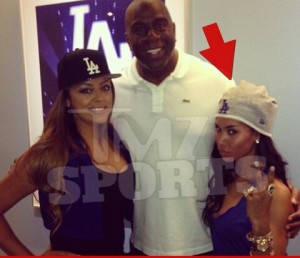 When news of Sterling’s comments hit the internet, Twitter went wild.  Nothing like a jolt of old school racism to shake up the world wide web.

Apparently, Herr Sterling had an issue with a picture his girlfriend posted on Instagram, one she took with Magic Johnson.  He made her and basically everyone else on the planet aware of how he felt about her spending time with people of a skin tone different from his.

If you haven’t heard the recording yet, here ya’ go.

Racism and hatred are obviously nothing to laugh about but anyone familiar with Sterling’s previous antics knows this is not a one-time occurrence.

In response to his comments, the Clippers, who are currently vying for an NBA championship, contemplated boycotting their next playoff game.  Instead, they wore their warm-up jerseys inside out so as not to display the team logo.

Sterling did not attend that game.

While the league decides how to properly handle the matter, none of that stopped the Twitterverse from poking a little fun at the shortsightedness and everlasting stupidity of this week’s most hated man on the planet.

My point is this TMZ story isnt even Top 10 in worst things Donald Sterling’s said/done. But hey, they got Capone on taxes, so…. 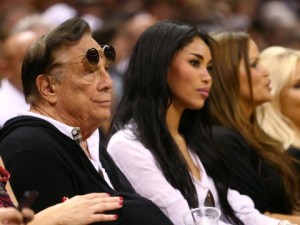 What I wanna know is: who are Donald Sterling’s friends that call him to ask why his GF has a picture of a Black person on her Instagram?

The ghost of Marge Schott keeps trying to high-five Donald Sterling, but she keeps falling through him. 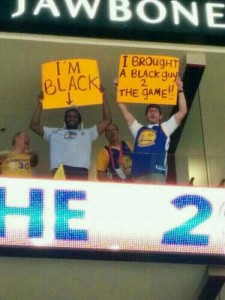 Donald Sterling doesn’t want to be seen publicly with Blacks and Hispanics but he dates a girl who’s both. WTF, confused lol

So does Donald Sterling only hate half of Blake Griffin and Matt Barnes?

We need Paul Mooney to sort out this Donald Sterling thing. 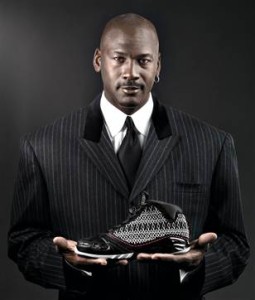 Michael Jordan on Donald Sterling: “Does he wear Nike?”

This just in! Donald Sterling not allowed into Los Angeles Dodgers games.

Buffalo does have bad sports luck but hey, at least we don’t have Donald Sterling as our owner #yikes 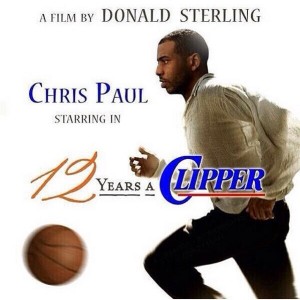 Donald Sterling is shocked at the backlash. He’s like “that’s the least offensive thing I’ve said in 40 years.”

Donald Sterling just shot up to the top of the Tea Party candidates for 2016.

To be fair to Donald Sterling: he seems to hate Koreans and Hispanics a lot too #equalopportunityracism

DONALD STERLING: Look, I love J.J. Reddick, but does he *have* to get photographed on the court with black people?? 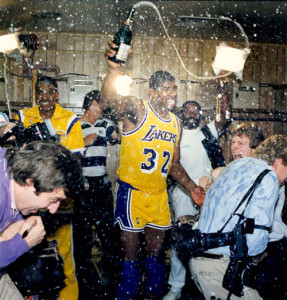 Donald Sterling is one of the few owners that can make Frank McCourt look good.

Donald Sterling doesn’t see color at all. He makes all of his minority employees use the servants entrance just to make sure that’s possible 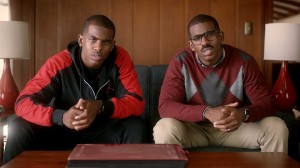 Donald Sterling watches “Django Unchained” backwards, so it has a happy ending.

When asked what Donald Sterling was going to do for today’s game, he responded he would stay at home and watch it on his colored TV.

If Donald Sterling opened up a sushi joint, he’d be like “Ugh! No Asians allowed!” 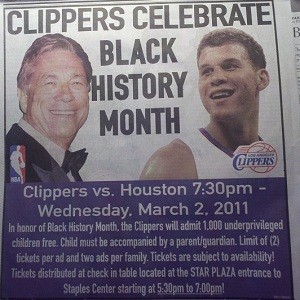 Donald Sterling situation is just a reminder of two things you should already know 1)Prejudice is wack and 2)Hoes Ain’t Loyal.

Donald Sterling should buy the Redskins just to save everybody time and effort.

“You can sleep with him, but no pictures!” Um, Donald Sterling…that’s Magic Johnson. She should probably stick to pictures.

What do Jenn Sterger and V Stiviano have in common? They both exposed old pricks. Thank you, I’ll be here all week.