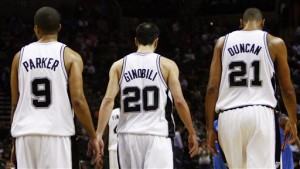 I feel an apology is in order.

As a hardcore, self-professed basketball jones, of all people, I should know better than to underestimate the always underestimated San Antonio Spurs.  Somehow, once again, I fell victim to doing so.  I know I’m not the only one.

For some reason, we all keep writing this team off.  It’s easy to do.

They’re too old, we say.  (The Spurs are the fifth oldest team in the league; ironically, Miami is the oldest.)  So if that’s the case, why do we consistently say Miami is a no-brainer to win a(nother) championship yet count San Antonio out for being too ancient?

Every year we dismiss the Spurs, saying their window is thiiiis far from being shut and every year they surprise everyone stupid enough to suggest that. 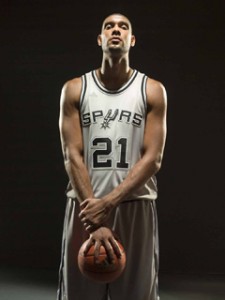 If nothing else, the Spurs are as consistent as the sun rising in the East or me staying at a bar until last call.

They have made the playoffs the last 17 seasons.  That’s tied for the fifth-longest streak in league history.

However, the most-mind blowing statistic of them all is that Tim Duncan, the greatest player in Spurs history, has more fifty-win seasons over the length of his career THAN ALL BUT FOUR NBA FRANCHISES.

I mean, who does that?

Timmy does, that’s who.

The man Shaq dubbed “The Big Fundamentals” has been a joy to watch ever since being drafted number one back when I still had hair on my head.  Timmy’d make a fortune if he could bottle his fountain of youth formula and sell it to the elderly.  The guy hasn’t aged a bit.

Duncan and his Spurs are without a doubt the most unassuming and underappreciated champions in NBA history.  They’re not what the layman would consider must see basketball but their brand of hoops is beautifully complex in its simplicity.  They are sound.  They are disciplined.  They don’t draw ratings but that’s the least of their concerns. 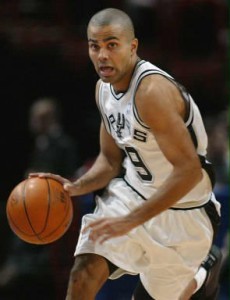 Maybe that’s why we all keep underestimating their greatness… present company included.

Year after year, their point guard, a late first round pick back in 2001, leads all point guards in field goal percentage.  Of all the active big name ball-handlers out there, Tony Parker has the most rings by far, not to mention a Finals MVP.

Emanuel Ginobili, a late second round pick back in 1999, has both started and come off the bench for San Antonio over the years.  He’s done whatever they’ve asked including win ballgame after ballgame, hitting clutch shot after clutch shot.

Their supporting cast is just as steady, constantly rotating and carefully constructed.

They play together.  They are together, the trite all-for-one, one-for-all mindset that all dynasties possess.

They personify their head coach, the tight-lipped, temperamental man whose sense of humor and one-word answers are misunderstood by all those outside that locker room. 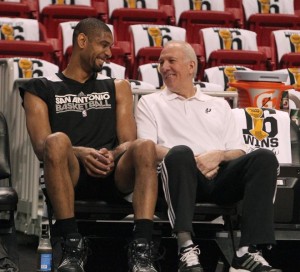 When Gregg Popovich took over the head coaching position in San Antonio years ago, we all asked Gregg who?  We’re not asking that anymore.  His relationship with his players, particularly Duncan, rivals the all-time great, historical relationships between coach and player.

Far be it from me to say this team’s window is once again closing.  I’ve said it in the past and have been mistaken.

This will be the Spurs sixth Finals appearance in the past 16 years.  They are 4-1.  Another loss to Miami won’t damage San Antonio’s legacy.  It will just prove that as great as they are, they were simply unable to stop the greatest player on the planet.

I still think Miami will win this series but I’ve counted out the Spurs before and was oh so wrong for doing so.

To a valiant Finals and may the best (old) team win!