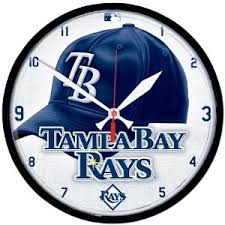 Can you feel it, Rays fans?

You know it’s coming; your clock is starting to tick louder and louder.

It’s bad enough you have to live with the fact that your stadium, your attendance figures, your payroll and your team’s offensive production are the laughing stock of the majors but now it’s only a matter of time before your best pitcher, David Price, gets auctioned off to the highest bidder, leaving you to begin a new, rather unfortunate era of Price-less Rays baseball.

It’s a shame that David Price will soon be wearing another uniform.  It’s a shame that smaller market teams ultimately get out-priced by teams that can afford to pay players their (likely overstated) market value.  But that’s the way of the world.  It might build character for the fans that get shat upon but it still sucks to see a player leave a place he was brought up and where he probably wants to stay simply because they can’t afford to pay him.  It’s no wonder staying with one team for an entire career is the exception rather than the rule. 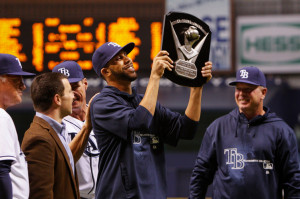 Over his career, David Price has won 75 games for the Tampa Bay Rays.  He won the 2012 Cy Young award and finished second in Cy Young voting in 2010.  He’s been the Rays’ number one guy for quite some time.  He’s the only Rays pitcher to notch a 20-win season and he ranks behind only James Shields in career victories in the uniform.

Ironically, Shields now pitches in Kansas City for the very same reason Price won’t be doing so in Tampa for much longer: they couldn’t afford him.

Starting pitching is and has always been at a premium in the major leagues.  There are a number of teams out there that would make Price a far wealthier man than he already is.  Tampa Bay is just not one of them.

Price is currently making $14 million a year.  That’s nearly twice as much as face of the franchise, Evan Longoria.  That’s also more than the rest of the starting staff combined.  Something is going to have to give.  So brace yourselves if you haven’t already. 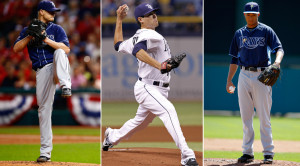 With all that said, I’m here to talk Rays fans off the ledge.  Losing Price will suck but it won’t be the end of the world.  The rest of the starting rotation is young but solid.  Chris Archer just signed a contract this off-season so he’ll be around for a while.  Matt Moore is also locked up.  Alex Cobb isn’t yet but trading Price will allow them to pay Cobb (and others) some well-deserved money.  (FYI, Cobb is currently making $517,000.)  With the revenue restrictions facing this team, there simply isn’t room on this roster for Price, who will demand more than the $14 million next year despite his subpar 4-6 season.

With the Rays boasting the worst record in the Majors (currently 17 games below .500), the trade rumors involving Price are about to become deafening.  In fact, it wouldn’t surprise me if ownership has already been entertaining offers.  As much as they’d love to keep him, that’s the way the cookie crumbles and as much as Price might be dedicated to this franchise, it’s unrealistic to assume he wouldn’t leave for greener pa$ture$, not to mention a team that will finally give him some run support. Why wouldn’t he?  This relationship just isn’t working out for him. 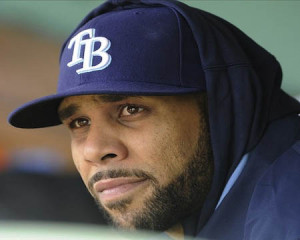 And so it continues: lifestyles of the poor and infamous.  Rays fans are once again left to ponder whether it’s better to have cheered and lost than never to have cheered at all, like the guy who’s lucky enough to be in a relationship with a great-looking girl, just knowing that eventually, she’s gonna leave him for a better offer because he can’t give her what she needs.

Rays fans should be used to this by now and shouldn’t dwell too long on the break-up.  There are plenty of other Rays in the sea.  Losing Crawford, Upton and Shields thickened their skin.  Besides, Price’s market value is as high as it’s going to get, meaning ownership should be able to plot teams together to garner some good, young talent in return.

And they still have solid pitching.  They just won’t have that one guy.  That’s because those ‘one guys’ have to get paid and the Rays simply can’t afford it.

14 thoughts on “Future of the Rays? Price-less.”