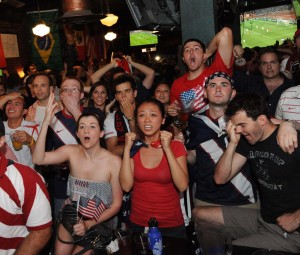 I strolled into my bar the other day, five to ten minutes late for lack of sleep but still confident I could set up the place in time to show every customer, from my first to my last, the finest of experiences.  After all, it was a big soccer day and I knew my drinkers would be there in full force.

Little did I know!

I recently started working at an Irish pub, one of Tampa’s finest.  Great food, an extensive beer selection and obviously the finest of service thanks in large part to yours truly.  The place is not known as a “sports bar,” but as we all know, when the World Cup comes around, soccer fans, both fringe and frivolous, flock to places where they can cheer on their fellow, shin-guarded, uniformed countrymen.

Last Saturday afternoon featured the biggest opening game of the tournament to date: Italy vs England.  I was ready.  And it was a good thing because the place was mobbed from start to finish. 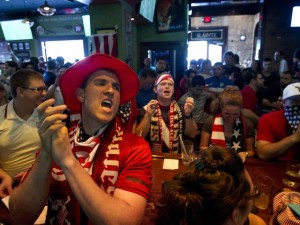 Soccer fans with at best distant, generational ties to either one country or the other, or perhaps just eager to see a great game, all saddled up to whichever part of the bar they could find room to order pint after pint and catch a battle of two heavyweight, former Cup winners.  Some cheered for one country, others for the other; all were warming up their pipes for the USA-Ghana game that would follow two days afterwards.  Italy and England are soccer royalty, two of only eight countries to win a Cup.  Guys at the bar had broken out their best soccer jerseys for the occasion; the women were just as avid in spirit if not in attire.  All watched whichever big screen they could feast their eyes on, welcoming the emotion of a sport that only comes every four years.

Cup fever is a rarity in this country but opening week proved to me that an appreciation for soccer is finally alive and well in the USA.  For the longest time, we Americans never followed a sport we don’t play or couldn’t use our hands at but now more than ever, dare I say, we’re starting to believe. 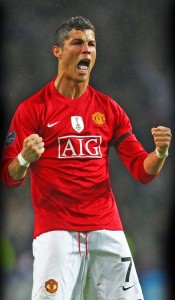 In case you’ve never step foot on another continent, the World Cup is the most important sporting event in the world.  Sorry, Super Bowl.  You may be the most watched program in this country year after year but people in Australia, Germany and Ghana have never heard of Richard Sherman.  Ronaldo, Messi and Neymar are idolized globally.

There was a time when we here in America would dismiss the World Cup’s importance.  I’m getting the sense this time around might be a little different.  We are watching and we are good.

An early defeat of Ghana has the USA poised to emerge from the “Group of Death” and also has every American eagerly anticipating the next game against an undermanned Portugal team.

When Clint Dempsey scored in the first MINUTE of the Ghana game, we cheered.  We lost our minds when sub John Brooks put the unlikeliest of headers into the net in the 86th minute to give US the lead for good.

The patrons at my bar went nuts.  Beer was spilled, embraces were shared and high fives were so smack-tastic, people left the place with sore palms.  If you weren’t watching and you’re an American, shame on you. 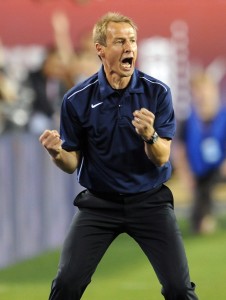 Before the Cup, Jurgen Klinsmann tempered our expectations by publicly stating it is “unrealistic” for America to win the Cup.  Landon Donovan, the former face of American soccer who didn’t make the team, disagreed with him, stating that he thinks most Americans believe we can win.

I’m not sure if we think we can win but I know more of us will be watching the farther this team advances.  And that is a good thing.  Millions of fans from lounge to living room to lawn will continue to drape themselves in American flags, paint their faces red, white and blue and scream loudly enough so their voices with be justifiably hoarse the next day at work.

It’s time we kept up with the joneses and show national pride and not just regional.  Sure, Klinsmann was keeping us in check but that’s not going to stop any of us, nor any of his players, from thinking victory can become reality.

33 thoughts on “World Cup Fever strikes even in America”