The World Cup is finally over much to the chagrin of soccer fans that eat, drink and breathe the sport but much to the enjoyment of Americans who still can’t grasp concepts like offside and stoppage play.  (Think outside the box, people!)

I watched the conclusion of the final game as a dejected Leo Messi received the World Cup’s Golden Ball, the tournament’s MVP award.  His Argentina team had just suffered a crushing defeat to Germany minutes earlier yet his time had come to be individually honored.

While watching Messi accept the award, I couldn’t help but think of Jerry West.  And John Paxson.  And Steve Kerr.  And Big Shot Bob.

Leo Messi is arguably the greatest soccer player on the planet.  He now has another piece of hardware on his mantel to prove it.  The one he lacks, however, is a World Cup Trophy.  That’s the one he covets most.  Until that happens, he’ll never emerge from Diego Maradona’s shadow.  The Argentinian legend was a hothead and a repeated drug offender but he was also a World Cup champion, the irony of national heroism.

While thousands of Germans celebrated around him, Messi approached the podium to receive his award, disappointment written all over his face.  Everyone watching both on television and in the stands knew he’d give anything to trade that trophy for another.  Alas, it was not to be. 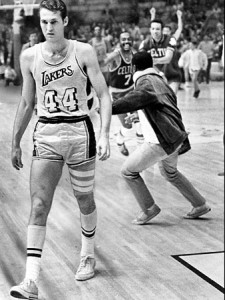 In 1969, Jerry West won the NBA Finals MVP.  He averaged 38 points per game that series yet his Lakers lost in seven games to the Boston Celtics.  It remains the only time an NBA player has ever won the Finals MVP in a loss.  I didn’t watch that series. It was long before my time.  But I guarantee, like Messi, West would have traded in that trophy for a title.

West ultimately got another shot a championship.  Messi will have to wait another four years for his.

In team sports, it’s not always the greatest player who brings home the ultimate prize.  LeBron James won two out of the last three Finals and MVP awards but last year, it was 23 year old Kawhi Leonard who took home MVP honors and his very first ring.

Sometimes it is the Paxsons and the Kerrs and the Robert Horrys of the world, not the greatest players on their team but those who happen to be in the right place at the right time, who get all the glory.  Or the Mario Gotzes.  Gotze was no slouch but he certainly wasn’t Germany’s best player.  Yet he scored Germany’s game-winning goal and has since been spotted hot-tubbing with super models.  It was only Gotze’s second goal of the tournament but it was the biggest. 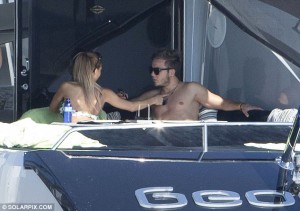 Despite all the individual accolades, there can only be one champion.  Sometimes the one who seals that championship is the unlikeliest of personnel.

And so, while Messi’s greatness is celebrated, his inner demons still burn.  As do Jerry West’s.  Meanwhile, Steve Kerr, John Paxson and Robert Horry sleep easy at night.  And Mario Gotze is enjoying his hot tubs.

26 thoughts on “Lionel Messi, Jerry West and the gut-wrenching uselessness of the individual accolade”