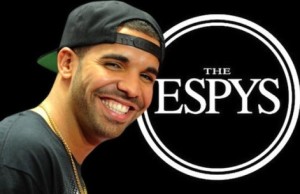 This year’s ESPYs came and went without much hoopla which I found odd considering it was a great year in sports and the awards show ESPN puts on generally turns out to be quite entertaining.

This year was no exception for those of you who missed it.

Drake was selected as the host and while we may have poked fun of him in the past, the Grammy Award-winning rapper actually did a fine job.

One of the show’s more comical moments included the film short “Drake vs Blake” in which the host and Los Angeles Clipper Blake Griffin star in a fictional action film together.  During a boardroom brainstorm meeting, they argue over what to call the movie “Drake and Blake” or “Blake and Drake.”

What ensued is a pretty funny skit of the two poking fun at each other with no holds barred comedy.