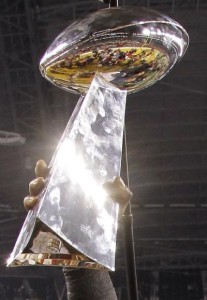 These are the Hall of Fame names of the few SportsChump faithful who have brought home the gold in previous NFL Futures Contests.  This year, it might just be your turn.

That’s right.  We’re back and so is football.  Everyone’s favorite contest has returned for you to prove to everyone how much, or how little, you know about the NFL.

So, for example, the Miami Dolphins over/under win total for the season is eight games.  If you are confident that the Dolphins won’t amass eight wins this season – and let’s be honest, why wouldn’t you be? – you would assign them ten confidence points and under eight.  Then assign nine confidence points to the team you’re second most confident about winning over or under their projected number.  For your tiebreaker, include how many total wins the three Florida teams will win.

All entries must be in by kick-off of the Packers-Seahawks game September 4th.

The winner of this year’s contest will receive another fabulous SportsChump prize pack (new shirts and hats are being made!) along with the knowledge that you know more about football than anyone else who reads this site.  And that, in and of itself, is reward enough.

* Here’s everyone’s final picks.  Please verify for accuracy.  Best of luck and as always, thanks for participating! 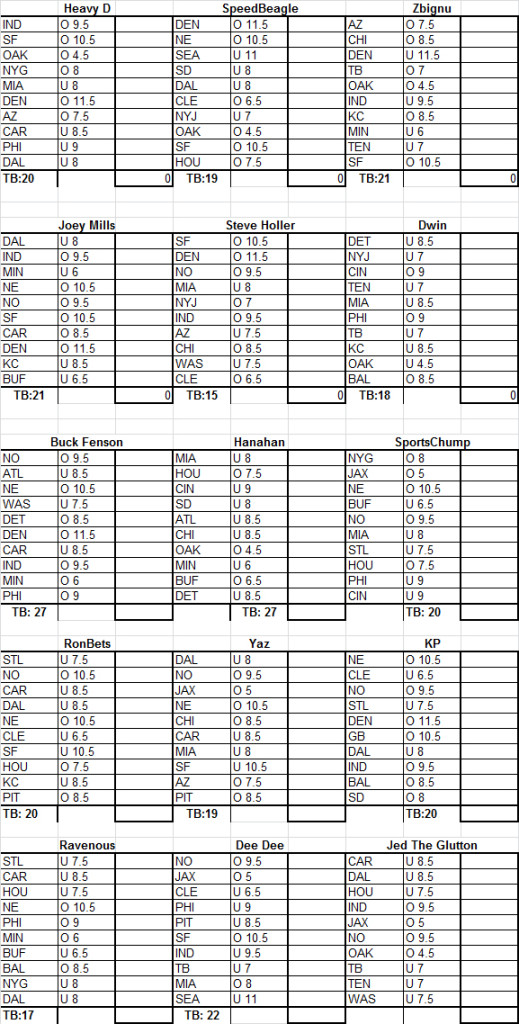