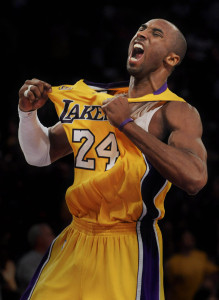 There’s a reason why fringe the sports fan resents professional sports and the athletes that play them.  Kobe Bryant is a stark reminder of that.

In a recent interview, Kobe Bryant said he believes athletes like he and LeBron James are underpaid.

To be clear, the Los Angeles Lakers will pay a salary of over $30 million in 2014.  The similarly financially underappreciated LeBron James, which he referred to in the same interview, just signed a two-year contract with the Cleveland Cavaliers for $42.2 million.  It must suck to be so broke.

Ironically, Kobe Bryant may have a point.  His and LeBron’s images alone bring that much and more to their respective franchises.  That doesn’t mean the average fan making $30,000 a year working sixty hours a week wants to hear that shit.

Years ago, Patrick Ewing told a reporter that he could barely afford to feed his family on what the New York Knicks were paying him.  In his final four years in Madison Square Garden, Ewing made over $70 million.  Looking at Patrick these days, you can tell he hasn’t missed too many meals.

As sports fans, we tolerate the multi-million dollar salaries.  We even talk with our buddies about the contract a particular athlete just signed.  “Can you believe athlete X just signed for Y million?” as if it’s any sort of figure we could ever comprehend, never mind deposit into our bank account.  We willfully spend our money on jerseys and game tickets and television packages, budgeting ourselves just such an allowance.  We understand the athletes and owners are making theirs and we’re okay with it. 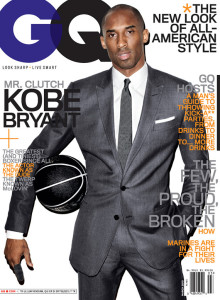 We just don’t need their paychecks rubbed in our faces.  That’s exactly what it sounds like when Kobe says he’s underpaid.  We don’t need to hear athletes complain about not getting their just due when their career consists of photo shoots, late night clubbing and playing a game that many of us would give our right arm to play.

While counting his millions, perhaps Mr. Bryant should consider the high-profile college athlete.  Take, for example, Tim Tebow, Johnny Manziel and Jameis Winston who made unimaginable profits for their respective universities while never receiving a dime, at least not legally.

When we discuss whether college athletes should be paid, we can almost feel sympathetic for their plight.  Sure, they live the Life of Riley while on campus, bedding whatever co-ed they want (except, of course, for Tebow) and sneaking under-aged into whichever bars they please (again, except for Tebow).  We can almost even justify why they shouldn’t get paid for their troubles (they are getting free room and board) while their schools are lining their pockets with the hordes of fans buying their product.  We feel considerably less sorry for megalomaniacs like Kobe Bryant whose bloated NBA salaries don’t include what they made from their numerous and far more lucrative marketing contracts. 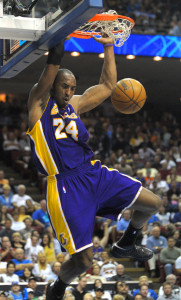 Kobe Bryant currently has a net worth of $260 million.  Last time I checked my readers aren’t driving Lamborghinis or buying their wives seven carat diamond rings.  Fortunately for them, I know better than to determine their net worth by their bank accounts.

There’s a common thread among those of us who work in the real world.  We don’t discuss what we make.  That’s because it’s nobody’s business.  It’s about time professional athletes start doing the same thing.

And while franchises must report what they pay athletes and that figure may be nowhere near their actual market value, that doesn’t mean we need to hear them complain about how little they’re making.  It is far more than the rest of us bring home in a lifetime.

If Kobe doesn’t like it, I suggest he buy himself a sports franchise then barter and finagle with his athletes over their net worth.  I just hope he does it behind closed doors.

25 thoughts on “They Said What? Volume Seven: Kobe Bryant”