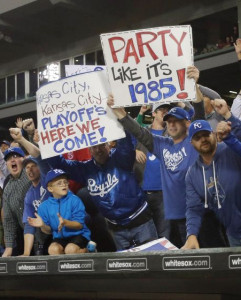 So the Kansas City Royals have clinched a playoff spot for the first time since 1985.  That’s quite the post-season drought.  Heck, even the Cubs, Mets and Indians have experienced October since then.

This might be news to those of you under 30 but back in the day, the Royals were pretty darned good.  They made the playoffs seven times in ten years between 1976 and 1985 when they finally won their first and only World Series.

George Brett was an integral part of those Kansas City teams.  He is unquestionably the greatest Royal ever.  He finished his 21-year career, all with the Royals, with 3154 hits.  He led the league in hits and batting average three different times.  He won the 1980 AL MVP and finished in the top three in voting three other times.  He is a career .305 hitter and a first ballot Hall of Famer.

But it is neither Brett’s longevity nor his consistency for which he is most commonly known.  There was this little thing known as the pine tar incident.  Perhaps you’ve heard of it. 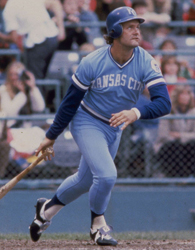 On what was supposed to be an ordinary July afternoon, the Royals were playing against the New York Yankees in the House that Ruth Built.  Brett’s Royals were trailing by a run in the top of the ninth inning when Brett stepped to the plate.  He took a Goose Gossage offering over the right field wall giving the Royals the lead.

Or so it seemed.

Then Yankees manager, the late Billy Martin, protested the home run, pointing out to umpires that Brett had used an illegal amount of pine tar on his bat.  After carefully measuring the bat for the allowable use of pine tar, home plate umpire Tim McLellan notified Brett, who was already in the dugout, that he was being called out.  The home run was disallowed.

That’s when all hell broke loose.  If you’ve never seen this video before then you shouldn’t really consider yourself a sports fan.

Brett burst out of the dugout as if his hair was on fire, most likely unloading every profanity in the book.  Brett was already an established All-Star.   To consider him a cheat was most certainly out of character but Martin and the Yankees had a plan and it worked.  With Brett called out, the game was over.  Yankees victorious, Brett incensed and needing to be restrained.

Ultimately the Royals protested the game and the home run was restored but that didn’t change the fact that Brett gave us one of the more memorable moments in baseball history. 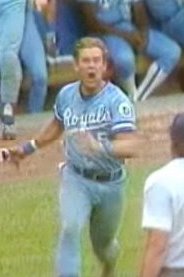 Now, let’s hop into our time machine and delve into the hypothetical.

With everything going on in sports these days, players regularly flirting with incarceration, losing their tempers on and off the field, what would happen if we saw a guy as angry as Brett charge an umpire the way he did some thirty years ago?  We see baseball players take their bats to dugout equipment breaking everything in sight and label them hostile and unstable.  We are all too aware of how the NFL has struggled with its players acting like they’re not a part of civilized society.  And forget about the NBA.  In an effort to cure their image, if a fight breaks out in a game and a player so much as leaves the bench to participate or even break it up, he’s fined and suspended.

My, how times have changed.

Brett got a pass for the incident.  After all, he was right.  The umpires had just robbed him of a heroic moment.  He’d be damned is some rookie umpire was going to deny his team a victory. 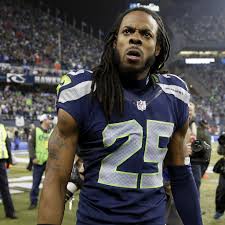 But I just can’t help but wonder if we saw somebody charge an umpire like that in this day and age, how the repercussions would be far worse than they were in 1985, both for the player’s pocketbook and for his image.  Brett was ejected for his outburst, even though the game was technically over anyway.  That was the extent of his punishment.  There was no suspension, no fine and no tarnished image.  Do that today and run the risk of far worse.  Heck, the excitable Richard Sherman opened his mouth in a post-game interview last year and he sent all of America into an uproar.  Imagine someone these days charging the field in a threatening manner with the determination of home run-robbed George Brett.  He’d be vilified.  Sports outlets would paint the portrait of a man gone mad and yes, while Brett did go mad at that moment, we don’t judge him for that as we now do others.  If nothing else, we laugh about it.

So what has changed about us in the last thirty years?  Is it our tolerance level or our lack thereof?  Have we heightened or lowered our expectations about how athletes should act?  And what about the passion?  Brett stormed out of the dugout willing to fight for what he believed in.  I’m not so sure an athlete doing that same thing today would be perceived in the same light.

The pine tar incident remains one of the more memorable moments of that generation.  It showed what’s capable when a player plays with passion.  With all that’s going on in sports these days, let’s hope we don’t misconstrue the next player to do that into something it’s not and that we’re able to determine the difference.

12 thoughts on “Delving into the hypothetical: George Brett, pine tar and a road trip to the 21st century”