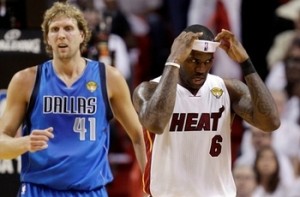 LeBron James and Dirk Nowitzki recently had a conversation about the merits of shortening the basketball season.

Before delving into this matter wholeheartedly, I’d like to know where this conversation took place.  Did it take place over a fancy dinner at a Dallas or Cleveland steak house?  Did it take place on the sidelines of a pre-season basketball game?  Nah, that can’t be.  The Cavs and Mavs haven’t played yet.  Do Dirk and BronBron have each other on speed dial?  Are they Facebook friends?  Was this a phone conversation or via text?  How long did it last, how serious were they and how did this talk even make the news?

Regardless, here’s why that conversation and any such discussion about shortening a professional sports season is pointless.

It… will… never… happen.

I’d like to work a few less hours every week for the same pay.  Who wouldn’t?  Here’s the rub though.  Walk up to your boss, suggest that idea and see what he says.  That might be the last conversation you ever have with him.

Are you ready to hear why no professional sporting season will ever suffer shrinkage?  I think you already know the answer.

$, aka cha-ching, aka moolah, bread, dollarinis and money in the bank. 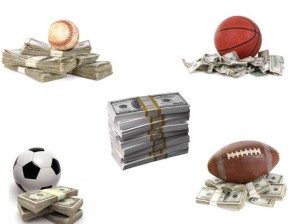 It’s the same reason even the most meaningless of bowl games won’t disappear.  There’s simply too much money involved.  End of story.  Even the December 19th Western Carolina vs. Southern Mississippi bowl generates a little revenue for the town that it’s in and the schools that participate in it.

And that’s good enough to justify their existence.  The only thing that will ever shut them down is a lack of profitability.

16 games, 82 games, 162 games.  This is what we’ve grown accustomed to in our professional sports seasons.  It’s what we want.  Sure, we might complain about seasons (not football) being too long but in the end it still gives us something to watch.  The attendance, the concessions, the television revenue, and everything else that brings in income line ownership’s pocketbooks.  Well, not Donald Sterling’s but everyone else’s.

But aside from the money, there’s another reason seasons won’t, and shouldn’t, be shortened. 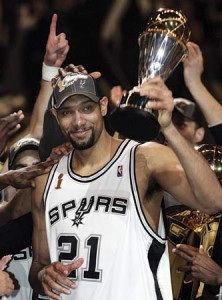 If anything, the NFL season will be elongated and not shortened.  Cut the NBA season down to 60 or 62 or 70 games and what’s to be gained?  An extra season or two for veterans?  How will a shortened season be reflected in the record books?  Tim Duncan has already played 17 seasons and is going on his 18th; Nowitzki has played one season less.  Both rank in the top 35 of all-time games played.  By the end of this season, barring injury, Duncan will be ranked in the top 15 all-time.

I don’t hear him bitching about a shortened season.  All I hear him doing is winning championships.

In the end, this too shall pass.  Owners won’t agree to it, networks won’t agree to it and the guy selling beers at the arena to pay his bills wouldn’t think too kindly of it either.  Sure, a shortened season will lead (perhaps) to fewer injuries and elongated careers but in the end, the NBA season is a grind, just like the NFL season, the Major League Baseball season and the rest of our mundane lives.

I thought about taking a day off once then reconsidered when I came to my senses, realizing I wasn’t a pussy.  It’s about time professional athletes do the same.

11 thoughts on “The shortened season, why it will never happen and why any discussion of such matters is absolutely ludicrous”