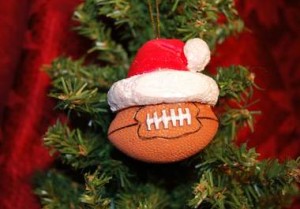 As children, we’d wake up every Christmas morning to find out what bright-colored boxes waited for us under that fancily decorated pine tree.  We’d be lucky if we’d gotten an hour of sleep the night before, like an insomniac at his worst.

Finally, morning would arrive.  We’d un-wrap the largest present first, or maybe save it for last, holiday paper strewn across the living room floor.  We’d look at our parents all bright-eyed, hugging them and thanking them for the gifts for which we had behaved so well.  Now imagine Urban Meyer in his Columbus home the afternoon of December 8th, grinning ear to ear.

We’d play with those brand new toys, for hours on end… until we grew tired of them.  The novelty had worn off.  We needed something new.  Now picture TCU and Baylor, their Christmas wishes not kept.

A sleepless Christmas Eve came three weeks early this year as coaches, students and alumni from Columbus to Waco to Fort Worth and yes, even Tallahassee, all stayed awake wondering if the biggest present of all would be waiting under their tree:  an invitation to college football’s first Final Four. 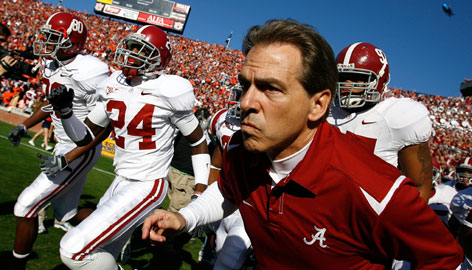 A valid case could be made for all three schools with Alabama and Oregon likely already having punched their golden ticket.  But what fate would await these other programs?  What would the newest appointees of the College Football Playoff hold in store?

Prior to college football’s final weekend, the playoff rankings listed Alabama as the top team in the nation, followed by Oregon, TCU, FSU, Ohio State and Baylor.  When all six of those teams won their final games of the season, most of them impressively, the Saturday night rumblings became overwhelming.  Who would make it in?  Who would be left out?  What criteria would the Committee value over others?  TCU had clinched a share of the Big 12 Title but they had lost earlier in the season to Baylor.  Baylor’s only loss came to West Virginia who lost five games this season.  Ohio State dominated the Big Ten but struggled reputation-wise to recover from an embarrassing early loss to Virginia Tech. 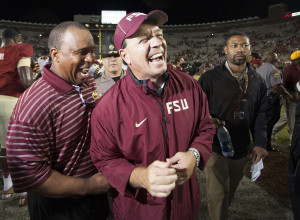 There was even chatter about leaving undefeated Florida State out of the mix, if only because their wins just weren’t all that impressive.  Nonsense!

Had we stayed with that silly old BCS, either Alabama or more likely Oregon would have been left out of the mix, with Florida State’s undefeatedness taking precedence over those other two schools.  Oregon would then go on to play in some meaningless bowl game against TCU, Baylor or Ohio State.  Sure, it would be entertaining but in the grand scheme of things, it would be a game that nobody remembered.

At least now, we have that four team playoff but the question once again remains, did Baylor and TCU get jobbed or was Ohio State worthy of that final spot?  Did the powers that be get it right?

That’s the greatest thing about college football that will never disappear.  It is a sport that generates conversation, it is the most passion-driven sport in the country and by its very nature it is perfect in its imperfection.

Either way, the Buckeyes are in and the Big 12 is shut out.  When all was said and done, conference championships ruled.  There’s wrapping paper all over Columbus meanwhile the two 11-1 teams who shared their conference title were left present-less. 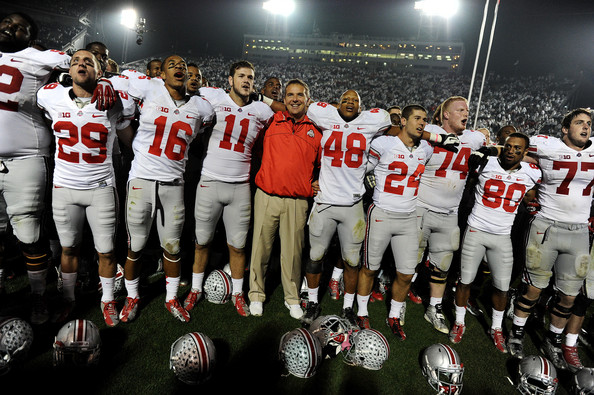 So, did the system work?  One would have to think yes, this year more so than in the past.  I do find it peculiar that TCU had been ranked in the top four for over a month then after beating their final opponent by fifty points, they got leapfrogged by three teams, leaving them ranked sixth.  If I were them, I’d be pissed.

Would adding four more teams have made a difference?  That would have meant adding not only TCU and Baylor but also Mississippi State and Michigan State.  Those final two teams each have two losses.  Despite their seasons, were they worthy of competing for a title?  Probably not.

So kudos to the committee, although I don’t recommend any of them vacation in the Lone Star State any time soon.   Here’s hoping a close finish next year doesn’t garner Texas schools any sympathy votes.

In the end, all we proved is that the system is still flawed but at least we now have a playoff that allows “the best four teams” to settle things on the field.  And that’s all we ever really wanted for Christmas in the first place.