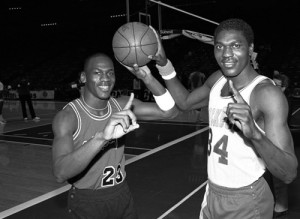 One of my favorite hypothetical sports arguments of all-time is who would have won a Finals match-up between Michael Jordan’s Bulls and Hakeem Olajuwon’s Houston Rockets.  Strictly speaking, it’s an argument nobody can prove hence my use of the word hypothetical.

In 1993, Michael Jordan basically decided that nobody in the league could cover him anymore.  He retired from the NBA and embarked upon a quest to play professional baseball.

We all know this.

But the tragedy of that decision, aside from not being able to see His Airness play professional hoops for nearly two years of his prime, is that we never got so see his Bulls play the Houston Rockets, the team that took full advantage of Michael’s absence by winning back-to-back championships while he was gone.

Those were very good teams. 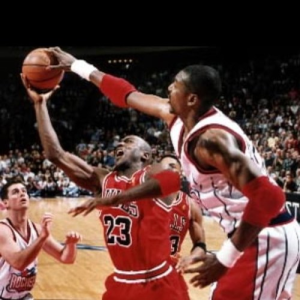 Jordan homers, of which I am one just not when it comes to this argument, blindly proclaim that Chicago would have beaten Houston both of those years.  Of course those are merely opinions, one of sports’ greatest ‘What If’ questions that will never be answered.

But that’s not the point of this piece.

The point is that those two Finals match-ups are something we never got to see.

Neither is the boxing match that could have single-handedly renewed worldwide interest in the sport: Pacquiao-Mayweather.

Years ago, despite not being in the heavyweight division (what’s that?), Manny Pacquiao and Floyd Mayweather were the biggest draws in boxing.  One could argue they still are, despite both being in their mid-to-late thirties and despite nobody giving a shit about the sport anymore.

The fight between the two was supposed to happen.  For a number of reasons, it did not.  It would have been the biggest purse in sports history.  Jerry Jones alone was going to pony up $100 million just to host the fight.  More importantly, it would have simultaneously brought back old fans yearning for a bout of relevance while introducing a new generation to a sport that, at this pace, they will never know. 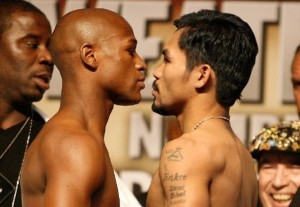 Drug testing, purse squabbling and a total lack of leadership in not only in the boxers’ corners but within the sport itself denied us what would have been the most captivating sporting event in the last decade.

We’ve discussed for years what’s wrong with boxing and whose fault it is.  This is what modern-day boxing has become: continued talks of a fight nobody wants to see anymore with both fighters continuing to fight men nobody has ever heard of.  When they’re not doing that, Pacquiao is recording love songs and Money May is posing for selfies with Justin Bieber.  Jack Johnson is currently rolling over in his grave.

Renewed talk of this fight is once again taking place.  We’ll watch if it happens but we won’t care, at least not as much as we would have.  That’s because it won’t matter.  That carrot has been held in front of us for far too long.  It’s gone rotten. 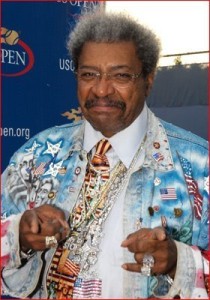 We talk about Bud Selig and Roger Goodell being among the worst commissioners in sports history but if there was ever a man who singlehandedly became immeasurably rich off a sport’s fame while simultaneously making it irrelevant, it’s Don King, perhaps the worst human being to ever be associated with professional sports.

Do you realize that there are men in the country old enough to drink that have never seen a meaningful boxing match?  That’s a sad state of affairs.

I don’t feel bad for boxing.  I just miss it.

What’s worse is there hasn’t been a single person within the sport who gave a crap enough to save it.  So go ahead, boxing.  Have your Pacquiao-Mayweather match and good luck making what you would have made when it was supposed to take place years ago.  And I hope you get people to watch.  It may very well be the last meaningful bout we ever see.

At least with Michael and Hakeem, it was a match-up we wanted to watch… in their prime.  These days, Manny vs. Money, not so much.

9 thoughts on “Michael, Manny, Money and the Dream: Whatever won’t be won’t be”