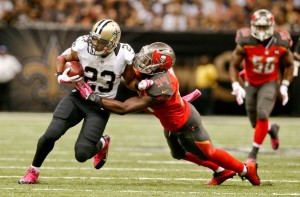 Technically speaking, neither team has anything to play for.

That’s right, ladies and gentlemen.  Welcome to that time of the NFL season again, the very final week, when the majority of teams have been eliminated, a fortunate few have sealed a spot in the post-season and the remaining lot has relevant games which will determine whether they’re in or whether they’re out.

The Bucs and Saints are out.  Far out.  But here’s where things get interesting.

The Buccaneers have one of the worst records in the league.  They are 2-13.  Only the Tennessee Titans are equally as bad. 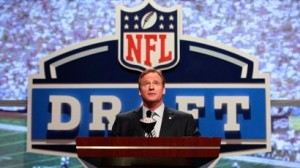 The NFL Draft is designed to reward the worst teams in the league with the highest draft pick the following year which means either Tampa or Tennessee will have that honor.

This draft may feature two high profile quarterbacks.  I say may because both athletes are still underclassmen and neither has declared for the draft.  They both still have big games to play.  They are both also Heisman Trophy winners.  Oregon quarterback Marcus Mariota will become a dream draft pick for whoever decides to select him.  Similarly, many believe Florida State’s Jameis Winston will have success at the next level despite his somewhat tempestuous time in Tallahassee.  Neither of these two men are Andrew Luck, who the Colts landed in 2012.  Dubbed the next John Elway, Luck immediately transformed the Colts organization.

But let’s say a team like the Buccaneers needed a quarterback, which they do.  Let’s also suggest that they had their eyes on one of those college superstars in the hopes he could turn their franchise around.  And finally, let’s assume that a win Sunday against the New Orleans Saints would jeopardize their chance at getting one of them.

The Raiders, Jets and Jaguars all have three wins which means winning that game could conceivably allow the Buccaneers to draft fifth instead of first, giving one of those other four teams a shot at the top pick. 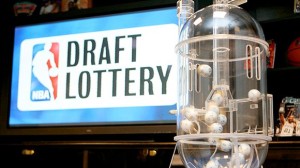 Years ago, the NBA altered how teams qualify for the top pick in the draft.  They introduced a lottery system, meaning the team with the best record did not automatically get the top pick but rather only increased odds of getting that pick.  It was designed to ward against tanking, where teams lose on purpose in order to land rights to the best player.

No fan in their right mind, the league believed, wants to see their team lose for an entire season just to get their hands on potential salvation the following year.

The NFL does not have a lottery system.  The worst team in the league gets the top pick, plain and simple.  This is designed to instill parity.  It is not designed to prevent against tanking. 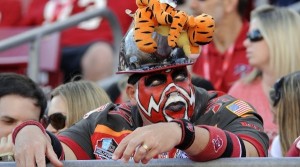 Not trying is one of the cardinal sins in all of sport.  As fans, we blast players for not giving their all.  It’s unforgivable, of course, until that final Sunday when nothing else matters, then it’s excusable.  With the underachieving seasons the Bucs have had of late, you’d be hard-pressed to find a fan who wouldn’t tell you they wanted, if not encouraged, their team to lose this Sunday to land that chance at Mariotta, Winston or whoever the organization deems is the best player to right their rickety old pirate ship.

No coach or team representative will come out and say “Yes, we intend to lose this game.”  It goes unspoken.  But there’s no way the Bucs will, or rather should (yes, I said it), try to win this Sunday’s football game.

If the Colts hadn’t “sucked for Luck,” as they did the season before drafting him, they’d still be irrelevant.  This year, thanks largely to him, they’re in the playoffs again.  This Sunday, expect the Bucs to “Suck for the Duck.”  (Note: Mariota played for the Oregon Ducks, hence the newest play on words for NFL mediocrity.)  Just don’t expect them to announce they’re doing so publicly.

Pete Rose is not in the Hall of Fame because he gambled on baseball.  Doing so is breaking the cardinal rule of any sport.  Having such a stake means you have a vested interest, perhaps, in losing that contest.  I’m not saying that tanking is akin to gambling but there’s definitely some gray area.  You’re intentionally, adversely affecting the outcome of a ballgame.

The Buccaneers will go out Sunday and intentionally try to lose a football game.  And they should.  That, my friends, is something you can bet on.

21 thoughts on “To lose or not to lose. That is the question.”