What an uppity week it’s been for sports.  With all the stimulants being passed around, it’s amazing anyone can catch a bit of sleep.

From Poland to Las Vegas to Cooperstown, athletes have made headlines for dipping into the supply side to get that edge, some legally, others not so much.

In Poland at the Hopman Cup in Poland, some six thousand miles away, one of the world’s greatest female tennis players needed a boost. 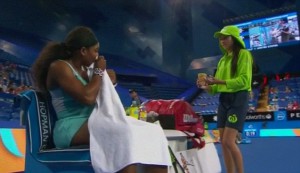 Serena Williams hadn’t had her morning coffee and it reflected in her play.  We’ve all been there, grumpy, groggy and unproductive after a sleepless night.  Serena needed a jump start so she asked a ball girl to get her some joe.

But it was the way that she asked for it.  Serena’s mid-match request sounded like a line from a 1990s Wesley Snipes movie.

When Serena asked the ball girl at the Australian Open tune-up for a black coffee, after confirming that drinking a caffeinated beverage during a match was not against the rules, Williams said she wanted it “as black as it gets.”

Samuel L. Jackson hasn’t had a line that good in years.

After losing the first set 6-0, Serena came back and beat her opponent 6-3, 6-0.  That must’ve been some good coffee.

Jon “Bones” Jones has apparently been having a jolt of a different kind.  Mere days after beating his latest opponent, the 20-1 UFC light heavyweight champion checked himself into rehab for cocaine use.  Jones probably should have opted for the cappuccino. 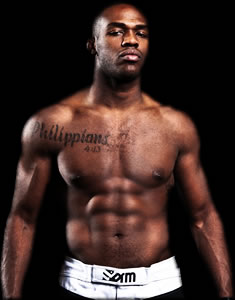 I’m a UFC newbie.  What’s the policy here?  Does Jones get suspended?  He would if he played in any other professional sports league.  Is he stripped of his title?  Was he using cocaine before this weekend’s bout or did he just go on a celebratory bender afterwards?

It turns out he did fail a pre-fight drug test.  If that’s the case, why was this fight even allowed to happen in the first place?  Correct me if I’m wrong but one of the main reasons Pacquio-Mayweather never took place is because the two fighters couldn’t agree on pre-bout, drug-testing procedures.  So UFC is allowing their fighters to do a couple lines before stepping into the Octagon?  That’s no way to earn credibility.   I never thought I’d say this but perhaps UFC should consult Bud Selig on how to devise a tough anti-drug policy.

This week, the poor old steroid gang remained unelected for their alleged drug use, the sports week’s third and final jolt. 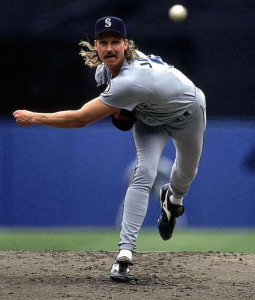 In their first year of eligibility, John Smoltz, Randy Johnson and Pedro Martinez, three players who played in that era but were never accused of taking performance enhancing drugs were all elected into the Baseball Hall of Fame.  Craig Biggio also made it in.  You know who didn’t?  Sammy Sosa, Mark McGwire, Roger Clemens and Barry Bonds, four players who had the statistics on paper to make it in but who had a prescription on paper of another kind.

We’re getting to the point where there appears to be some forgiveness about the steroid era, not enough to let these guys in but at least there’s more dialogue about how to handle matters.

After all, baseball can’t ignore the 800 lb. gorilla in the room forever.  Perhaps they should all hash out their differences over a nice, warm cup of coffee.

34 thoughts on “The world of sports gets a jolt. Three actually.”