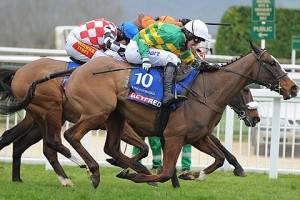 The prestigious Cheltenham Festival is the pinnacle of horse racing and is one of the biggest sporting events of the year, with the best horses from the UK and Ireland competing in breathtaking action across four days.

Every March national Hunt racing fanatic will head to Cheltenham to witness the four day feast of epic racing, as the Champion Hurdle kicks proceedings off on day one and the famous Cheltenham Gold Cup closing the extravagant event on the final day.

With 27 races in total, every jockey, trainer and owner dreams of success at the Cheltenham Festival, and this year’s event will be no different.

The Cheltenham Trails Day, as always, served up an appetising treat of rampant races last weekend, with punters and all involved getting a taste of the action that’s in store for them at the full event in March.

Leopardstown was the venue for top class action, as many of the horses and riders set to take centre stage in two months time flaunted their racing credentials to possible punters. 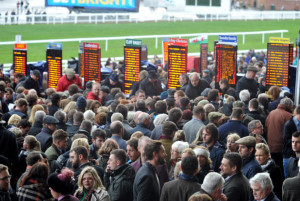 A cracking card selection consisted of two Grade 1 contests, including the Frank Ward Solicitors Arkle Novice Chase, which saw an intriguing clash between three of the leading heavyweights of the division. It was the biggest contest to date for ‘Un De Sceaux’, who was tackling his first Grade 1 against two top class opponents in ‘Gilgamboa’ and ‘Clarcam’.

Dominant victories over lesser opposition has given the impression that he could potentially become something special, exceeding many people’s expectations.

Un De Sceaux showed a composed and mature run, ridden by the legendary Ruby Walsh, setting the pace in front of his opponents and then eventually leaving them for dead with a blistering finish. In a matter of seconds Gilgamboa and Clarcam were made to look ordinary, despite having won Grade 2 and Grade 1 respectively last time out.

Walsh’s rampant runner, Un De Sceaux, is now a big name to look out for for the Arkle in March, and it will be brave man who takes the rapid runner on.

The other Grade 1 was the Irish Champion Hurdle, which saw ‘Hurricane Fly’ and ‘Jezki Round 7’ matching up with ‘the Fly’ aiming to defend his nine-race unbeaten record at Leopardstown. He done exactly that, sealing a remarkable 22nd Grade 1 success and boosting an already blistering reputation ahead of Cheltenham.

Given the demanding nature of the Cheltenham track, it will be difficult for Hurricane Fly to win yet another Champion Hurdle this March. Also, Jezki won’t be primed until the festival, and he still remains an attractive each-way bet, as he hopes to push ‘the Fly’ far.

The undoubted favourite for the Champion Hurdle will be ‘Faugheen’, with the majority of punters and pundits expecting him to blitz to a comfortable triumph.