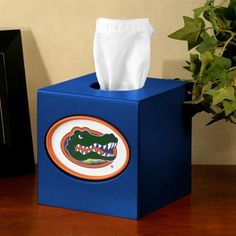 I had a rare Saturday night off.  Fever, body aches and coughing fits that made my abdomen hurt can knock even the hardest working man in show business on his ass.

So I took advantage of my illness and planned my day of rest accordingly by planting myself in front of the tube, catching up on movies I had already seen 1,000 times (Goodfellas, Coming To America, Independence Day) with the pièce de résistance of the evening being the undefeated University of Kentucky Wildcats playing a ho-hum little basketball game against my struggling Florida Gators.

Billy Donovan’s team, led by four seniors, ran through the Southeastern Conference last season, making it all the way to the Final Four.  This year, those four seniors are gone leaving a new sheriff in the SEC: John Calipari’s unblemished Wildcats, a team with more McDonald’s All-Americans than an Alabama draft class.

As the clock struck nine and my second batch of Theraflu fully digested, I took to my sweat-drenched sofa to watch the game with an analytical yet watery eye.  Hopefully the Gators would play better than I felt. 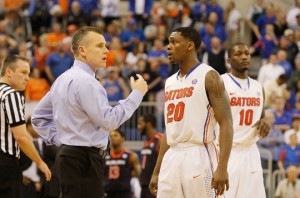 Florida’s lone bright spots this season are Michael Frazier II and Dorian Finney-Smith who have both picked up where they left off last year.  They are number one and two on the team in scoring respectively.  Over-hyped sophomores Chris Walker and Kasey Hill, on the other hand, have failed to live up to expectations.  Their opponent for the evening, at least so far, appeared without weakness.  They haven’t had a close game in nearly a month.  They beat # 4 Kansas by 32, #5 Louisville by 8, #6 Texas by 12 and #21 North Carolina by 14.  In fact, this Kentucky team would probably give the New York Knicks a run for their money.

Florida beat Kentucky three times last year but this is not the same Florida team and this most certainly is not the same Kentucky team.  These Wildcats are incredibly well-balanced with seven players averaging over 7.5 points per game.  They’re long too.  Their size forced Florida’s big man, Jon Horford, into foul trouble two minutes into the game and then his back-up, Chris Walker, into foul trouble shortly after that.  An under-sized Florida team had no shot against a Kentucky squad that boasts seven players six-foot-eight or taller.

The only advantage the Wildcats didn’t have over Florida that evening was home court.  An animated crowd did their best to keep Florida’s players in the game.  The Gators, however, would need more than that.

Florida built an early lead thanks to some pesky defense and sharp shooting by Frazier.  But Kentucky held his shot attempts to a minimum with some tight defensive rotations.  After going 3-3 and leading the Gators in scoring, Frazier limped off the court before half.  That couldn’t bode well for Florida.  Who would handle the scoring load against one of the best defensive teams in the nation?  Frazier would eventually return and the Gators would walk into the locker room at half time only up two after leading by as many as eight.

Could the almighty blue be taken down a fourth straight time by their conference rival?

At 12-10 and staring the NIT in the face, the Florida Gators desperately needed a signature win to make the tournament.  Even with a loss, Kentucky was a shoo-in for a number one seed.  Clearly they’d rather stay undefeated.

The second half was a slug-fest with each team taking its others best shots, exchanging leads for nearly the whole twenty minutes. 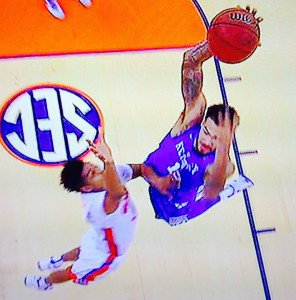 In a quick turn of events, a Kentucky turnover was immediately followed by an ill-advised Florida pass.  That pass led to a fast break the other way and the highlight reel we’ve come to know as this year’s Kentucky Wildcats: an Aaron Harrison alley-oop to the high-flying Willie Cauley-Stein that made even the staunchest Gator fans go “Oooh!”  That basket and ensuing free throw only gave Kentucky a one point lead but it was a lead that would hold, the alley-oop serving as a stark reminder the distance in talent level between these two squads.

While Kentucky didn’t blow Florida out after that, Kentucky’s length was too much for Florida to overcome.  The Wildcats had a height advantage at every position and rotated well to defend any sort of penetration or jump shot Florida attempted.  With a gimpy Frazier riding the bench in the second half, the Gators needed a perfect effort to beat Kentucky.  They didn’t get it. 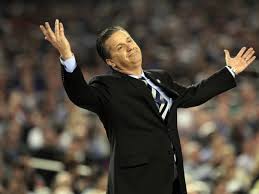 Therein lies the difference between beaten and unbeaten.

With 42 seconds left in the game, Kentucky finally missed their first free throw.  They were 21-22 from the line.  They left the O’Connell Center victorious with their biggest lead of the game being the final one.  68-61.

Is Kentucky beatable?  Sure they are.  Several teams have already come close, including Florida.

Will they run the table?  That scenario is also quite likely.  They have eight more regular season games, then the conference tourney and big dance for a chance at history.

They are deep, talented, disciplined, intimidating and very, very dangerous.

No college basketball team has run the table since Bobby Knight’s Indiana Hoosiers did so in 1976.  That team had seven players drafted into the NBA, including four first-rounders.

From the looks of this Kentucky team, they might just match that feat as well.