Just when we thought we’ve seen it all as sports fans, the animals that comprise the NFL have provided us with a whole new level of embarrassment, for you see, we’ve now resorted to grown men duking it out in conference rooms.  The National Football League has become a full-fledged bar brawl.  In what other multi-billion dollar industry can grown, adult men (and I use that term loosely) start a fist fight and have us not be surprised in the least?

Earlier last season, (former?) Minnesota Vikings Pro Bowl running back Adrian Peterson was suspended by the NFL for mistreating his four year old son, beating him with a switch until the boy showed damage to his groin.  Once admired as one of the top players in the league, Peterson immediately became persona non grata to anyone with a conscience.   He justified his actions by explaining that he himself was reprimanded that way as a child, as if evolution in child-rearing is impossible.  Peterson was suspended in mid-November without pay for the rest of the season. 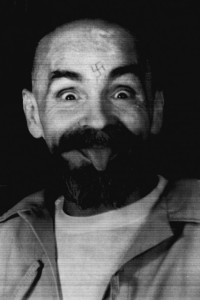 Ultimately Peterson applied for reinstatement; Commissioner Goodell agreed to allow his return for 2015-2016.  But here’s where things get tricky.  Where would Peterson play?  In this day and age of teams increasingly worried about their image, who would take a chance on him?  Even imprisoned Michael Vick got his job back.  As we are all well aware, NFL franchises would sign Charles Manson if it meant he could win them ballgames.

Since the incident and subsequent suspension, Peterson has made it clear that the team who drafted him is not the team he’ll be playing for in the future, particularly after this week. Peterson and his agent didn’t appreciate the fact that Minnesota didn’t have his back when the rest of the world has turned on him.

Enter Ben Dogra, Peterson’s agent.  Apparently, Dogra and Vikings VP of football operations Rob Brzezinski, had themselves a little quarrel at the combines.  The two had to be separated.  Allegedly, current ESPN analyst and former Buccaneer GM Mark Dominik had to separate the two, marking the most productive thing Dominik has done in his NFL career.   As of yet, the Vikings, Dogra nor Dominik have not issued formal statements as to what actually happened.  But oh to be a fly on the wall when it all went down. 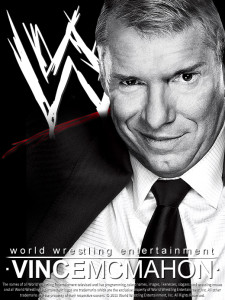 So much for diplomacy.  More like SmackDown.  Vince McMahon for Co-Commissioner!

I’m pretty sure these two parties could have come to a mutually beneficial decision without resorting to fisticuffs.  Or is civility too much to ask?  After all, we are talking about the NFL and they have been far from civil.

With the league’s heightened sensitivity to personal conduct, isn’t it possible, if not appropriate, that Dogra and Brzezinski be fined for their behavior?  If Goodell holds players accountable for their indiscretions, why shouldn’t everyone be held accountable?  If they can fine the New England Patriots a half a million dollars for filming opponents’ practices and suspend the head coach of the New Orleans Saints for ordering illegal hits, then why not fine agents and general managers for acting like buffoons?