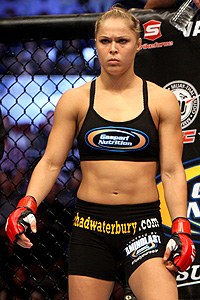 Not to sound like an old curmudgeon (sometimes I can’t help myself) but it used to be that if you had a beef with someone, you would confront them face to face, address the issue at hand and either resolve it in a peaceful, diplomatic fashion or put up your dukes until there was one man standing… which is why it’s always good to carry around an extra Ronda Rousey with you, just in case shit gets real.

These days, such resolutions are a thing of the past as arguments have become virtual… yet still as pointless as ever.

As for little ol’ me of the 662 Twitter followers, I’ve only engaged in one slightly heated Twitter-spat.  Not long ago, a reader took offense to the fact that I insinuated Ken Griffey, Jr. might have taken performance enhancing drugs, as if I were the only person to have ever thought that.

After several Tweets back and forth, we eventually worked things out.  After all, I’m a lover, not a fighter.  Altercation is not my bag, baby.

The same cannot be said for Curt Schilling, Keith Olberman and a healthy handful of others who over the years have let this thing they call Twitter get the best of them. 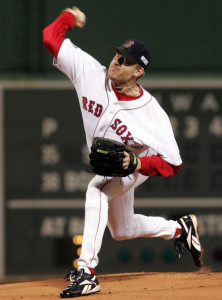 Now Curt Schilling may at least have been justified in his recent Twitter rants.  A proud father, the former sock Tweeted a congratulatory message to his daughter who had just received a softball scholarship to Salve Regina University.  Perfectly appropriate.  Two college students, however, one who happened to work (and now no longer does) for the New York Yankees, responded rather inappropriately.

The always expressive Schilling went on to blast all those who had Tweeted anything negative and disrespectful about his daughter.  That’s the way he rolls and rightfully so.

The usually respected Keith Olberman, on the other hand, a man far more educated than Schilling, let Twitter get the best of him.  After misreading a tweet promoting millions of dollars the university had raised for pediatric cancer, he called Penn State and essentially its entire student body “pitiful.”  Olberman went on to use Twitter as what he called his “batting practice,” by berating all things Nittany for the Sandusky atrocities of years past.  The more logical thinkers among us might consider not holding current students accountable for things that happened on campus before they even enrolled.  Needless to say, Olberman was not acting or Tweeting logically.

ESPN suspended Olberman who has since returned, apologizing on air for his behavior, calling it “stupid and immature.”  He went easy on himself. 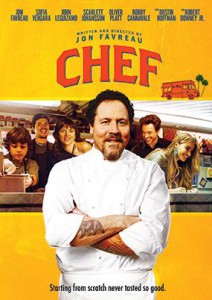 There’s a scene in Jon Favreau’s latest project “Chef,” where Favreau plays, you guessed it, a chef.  He picks a fight on Twitter with a famous food reviewer who panned his cuisine.  I won’t elaborate on the rest of the film as it’s one you should see but the point is Favreau’s Twitter account expands as more people follow his spat with the critic.

That’s what athletes and movie stars with a Twitter account face every time they click that application: they run the risk of saying something stupid, leading to either an apology, the hiring a cleaner to apply some well-needed image repair or worse, an athlete claiming that his account was “hacked.”  Spare me.

Twitter represents both the best and the worst of social media.  It gives us a glimpse into the souls of those we admire or abhor 140 characters at a time.  We quickly discover whether they can spell, punctuate or whether they’re an absolute lunatic.  And we judge them for it.  Accordingly.

There are those out there, the Twitter paparazzi, who sit, watch and wait for famous people to say something stupid.  When they do, it becomes news.

Either way, it’s here to stay.  And like the bar fights of yesteryear, I suggest enjoying it from afar.