I landed an invite to the 2015 Tampa Bay Rays Meet and Greet this week.  The players weren’t present as they had just finished beating up the Blue Jays in a pre-season game a few towns over.  Instead, those representing the organization were new manager Kevin Cash, President of Baseball Operations Matt Silverman and President Brian Auld.

That’s right.  Top brass was in the house and just in time for baseball season. 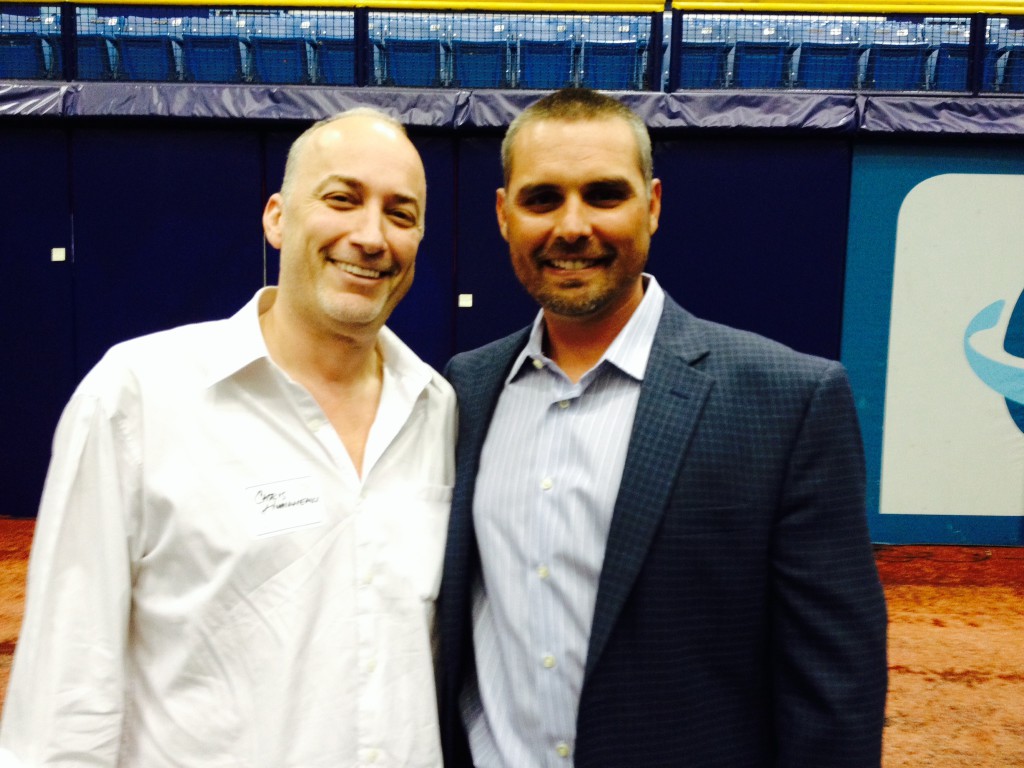 In case you’ve been living a rock, Tampa Bay had itself quite a winter.  The Rays that take the field this year will look, shall we say, a tad different… and that might be a good thing considering last year’s finish.  Gone is the ever-reliable Ben Zobrist.  Also gone is the quirky Joe Maddon.  Matt Silverman took over Andrew Friedman’s responsibilities after he also flew out of town.  Returning are only the players the team could afford, a bargain basement package with high expectations and one of the lowest payrolls in baseball.

This year, the Rays will have a new manager, a new GM, pretty much a new everything, except of course for a new stadium.  More on that later.  Fortunately, they will still have solid starting pitching that, if healthy, is capable of keeping the Rays in AL East contention.  In addition to their rotation, the organization is also high on their farm system and off-season acquisitions. 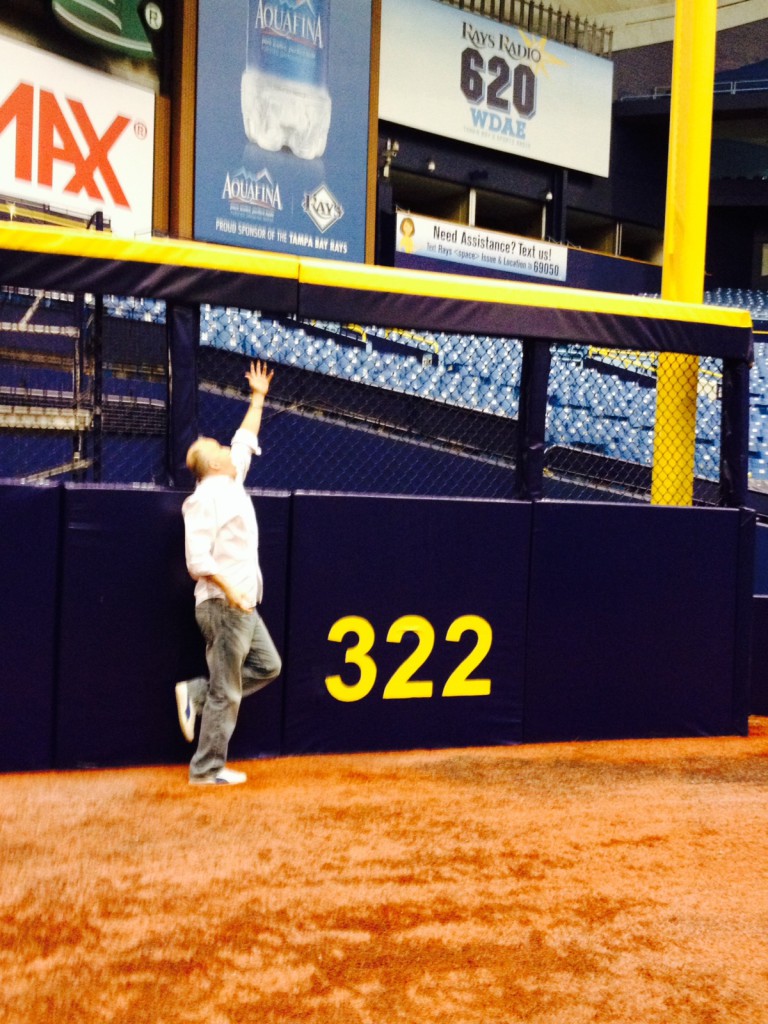 The Rays are really excited about their new rightfielder

Those attending Wednesday’s meet and greet included local business leaders (and one ravishingly handsome bartender) who relished in the opportunity to walk through the clubhouse, partake in complimentary hors d’oeuvres, stroll the centerfield turf and mingle with those now in charge of Rays baseball.

The Q&A session began around 6pm with the three powers that be called up to the stage by local radio personality, Neil Solondz.

Their message was consistent throughout.  Despite the cards stacked against them, the Rays see no reason they shouldn’t field a competitive team.  Now more than ever, the organization is embracing the role of David versus the Goliaths of Toronto, Baltimore, Boston and New York. 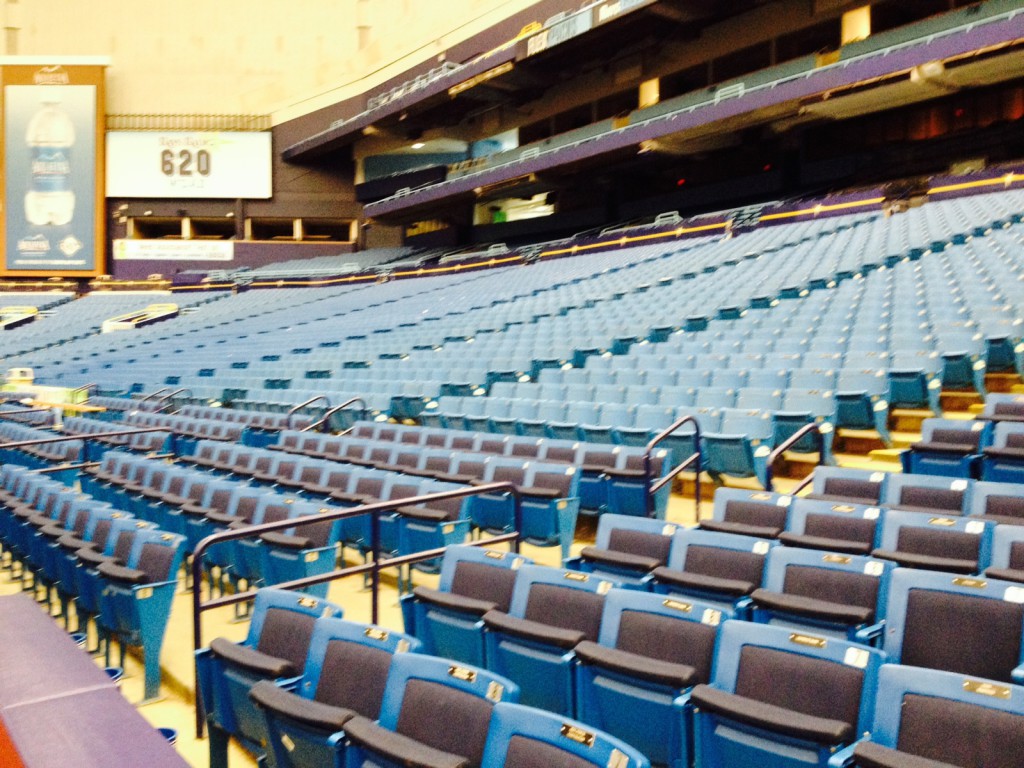 Something the Rays are used to by now. Empty seats.

The Rays don’t apologize for anything, not their stadium, not their roster moves, not their payroll.  In fact, they’re proud of what they’ve done with such limited resources, pointing to the multiple banners that hang from the Trop ceiling.  Silverman and company have no choice but to sign “players who have value.”  As much as they miss David Price, they find just as much value in paying Drew Smyly half a million dollars for nearly as many wins.  (Note: David Price is set to make $20 million this year.  You’re welcome, Detroit.)

Both hitting and scoring have been a serious problem for the Rays.  Fans are hoping that will change with the new regime.  During the Q&A, one elder gentleman in a Rays jersey asked why they kept their oft-persecuted hitting coach, Derek Shelton.  After all, with the Rays hitting woes, he’s been an easy target.  Silverman and Cash both confirmed their confidence in Shelton, saying ultimately players have to take responsibility for their at-bats.  They even said they consulted the roster on which coaches should stay on payroll and that included the decision to hire Cash.  I guess that should put to rest any speculation whether the Lakers consult Kobe Bryant in their coaching hires. 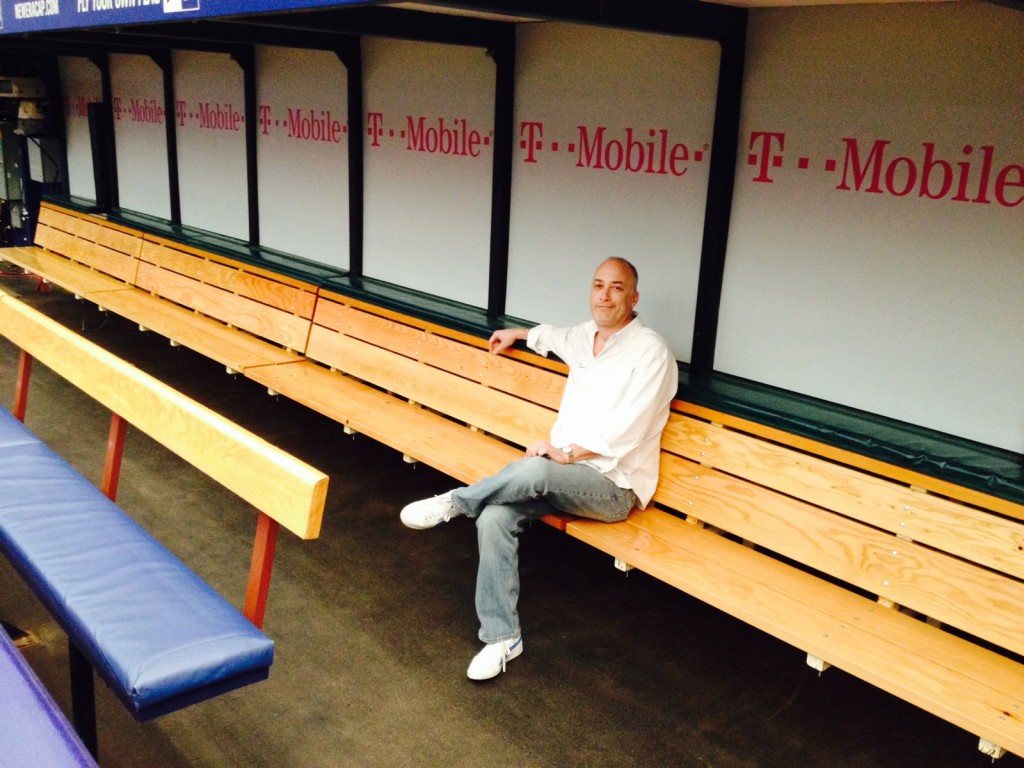 Put me in, coach

While cordial, the entire event was quite, as my mother would say, nebbish.  The Rays seemed pleased with the attendance, however, had an event like this taken place in Boston or New York, you would have had to beat the fans away with a stick.  There couldn’t have been more than a couple hundred people there, all standing in deep centerfield, feeling the turf underneath their toes, anxious about the upcoming season but with expectations as tempered as those at the podium.

Even yours truly got in on the line of questioning.  I asked whether all the stadium talk, which has now gone on for years, serves as a distraction in the clubhouse.  As you all know, Tropicana Field is largely considered the worst in the league.  Rumors surface daily about when and whether the team will move either across the water or out of town for good.  All Silverman could do was reassure the crowd their objective was to win a World Series in that building this year.  So what if the Trop looks like it’s straight out of the 80s.

The Rays are convinced that nothing energizes a community quite like a championship baseball team and they’re doing everything in their power to make that a reality.  They’re convinced the team that takes the field this year will be title-worthy.  Make no mistake.  They are a glass half-full bunch.  In a few more months, we’ll find out exactly how full of it that glass is. 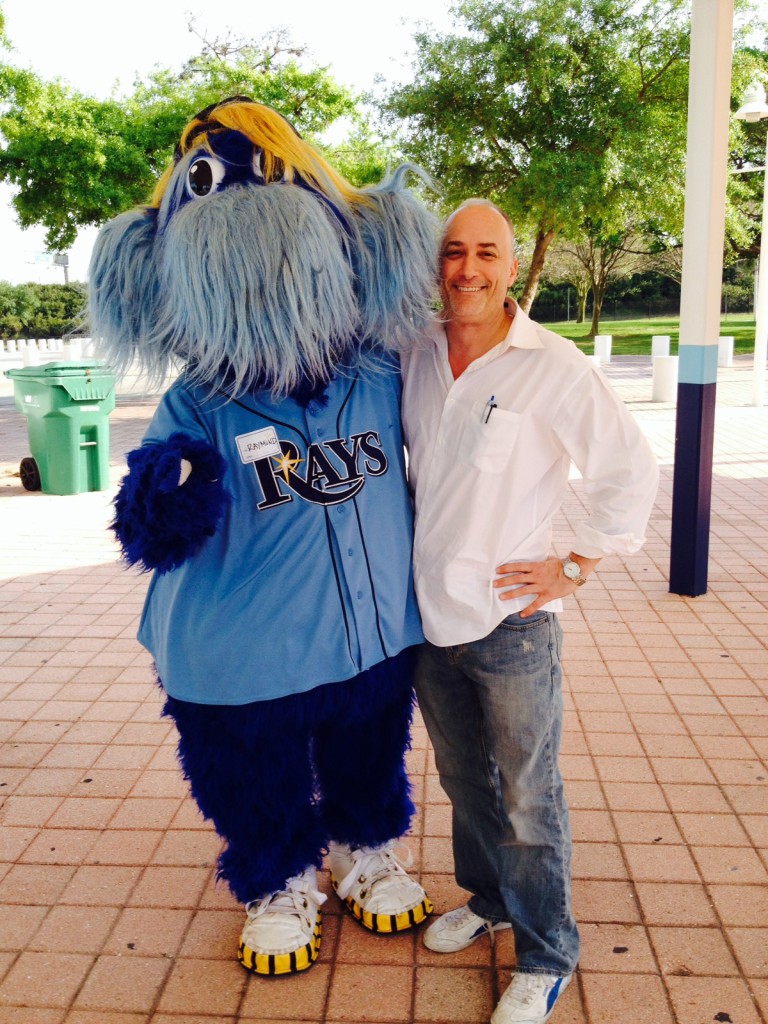 I asked the lady at the door which one of us was better-looking. She said Raymond. I guess I just lost that ten pounds for nothing.