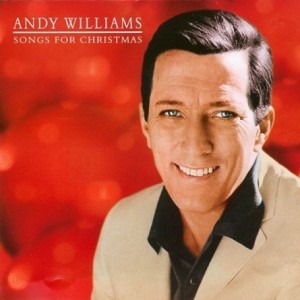 Here’s a little known fact.  When Andy Williams sang “It’s the Most Wonderful Time of the Year,” he was not actually referring to Christmastime.  He was referring to March Madness and the NCAA Tournament.

After all, it makes perfect sense.  He recorded the song in 1963, only one year before John Wooden and UCLA went on their magical run of ten national championships in twelve years.  Call it a Christmas omen.

March is the most wonderful time of year, especially for those who gamble.  Sportsbooks are awash with boastful winners who told you so and crumpled tickets left to be swept up by the cleaning crew.

Picking upsets in March is actually easier than you think if you pay close enough attention.  For example, I was high on North Carolina State going into the Villanova game, which is why I ended up cashing in one glorious and eye-brow raising ticket.

I sent a late night text to the Ice Cream Man, a friend with whom I’ve been placing wagers lately.  You might remember the Ice Cream Man from our NFL pick ‘em contest earlier this year.  He cleaned my clock in Week 16.  He also knows a fair amount about sports and more importantly, how to wager successfully on sports.

Here’s how the conversation went, only hours before Saturday’s games. 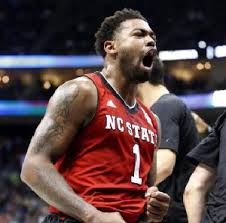 SportsChump: I like UNC to cover the four (which they did).  I also like NC State money line (Note: more on what a money line wager is later)

SportsChump: Hear me out on NC State.  They played in a tough conference, gave Duke and North Carolina fits the times they played, were losing that entire game to LSU and then came back and won late.  Nova won easily.  I think NC State might give them a battle.

Ice Cream Man: I’ll take a look at it and all your points are valid.

All it takes is a little common sense, a little thinking through and you can end up a very happy camper if you place the right wager.  Plus another friend of mine is an NC State grad so I actually paid a fair amount of attention to their schedule this year.  Every little bit of insider trading helps when you’re putting money on the line.  Don’t let the seeds fool you; that information is irrelevant.

So how would the Ice Cream Man and I place the wager?  Of all the underdogs that played that day, I liked NC State the best.  They were coming back at four-to-one, which is what a money line bet is: not taking the points and predicting the underdog to win outright.  My thinking, as so eloquently stated in a voice-to-text message above, was that Nova should not have been a one-seed and the Wolfpack were a battle-tested eight seed. 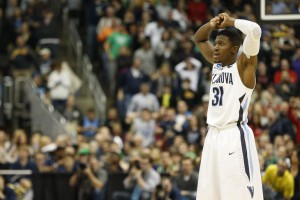 I’m also a firm believer in March momentum.  If a team just eked out a tough game only to play again two days later, they’re on an emotional high.  NC State’s first round game against LSU was a good as lost… but it wasn’t.  As far as NC State was concerned, they were playing with house money and had nothing to lose.  On the other hand, ‘Nova, the one seed, had everything to lose not to mention a recent history of bowing out of the tournament early.  I didn’t watch all of that game but NC State seemed to have won it pretty handily despite a late, last ditch effort from Villanova.

THE MONEYLINE AND THE PARLAY

So we placed two wagers.  We bet North Carolina State to win outright.  Then, just to be sure, we parlayed the Wolfpack getting the ten points with North Carolina minus the five over Arkansas, the other game I really liked that day.

Don’t get me wrong.  We also had our losers: an ill-advised, round robin, three-team parlay that was more a stab at winning big than a wager based on any logical reasoning we had discussed but that’s okay.

In the end, it was a successful day at the track.  We had a bit of luck but who the hell likes to talk about losing money when we can talk about winning it?

Almost as enjoyable as cashing a winning ticket is the ability to brag about it.

Three guys from North Carolina were sitting at the bar that evening, all intently watching the UNC game without paying attention to the other results of the day. 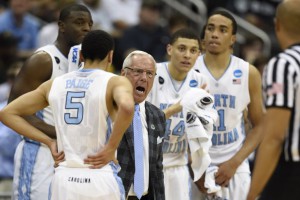 Clearly boastful about calling the big upset, I told them about my wagers, telling them that I also needed North Carolina to win by five to cash in on both bets.

I must’ve heard three different groups of people say those same exact words that night and it brought a smile to my face every time.  There’s nothing like sports fans looking up at the television screen, seeing that result on the scrolling ticker then having them look at me as if I’m some sort of freak when I tell them I picked the upset.

It’s March, people.  There’s money to be made if you wager wisely.  Sports books fear people that wager heavily on money lines, particularly when they hit.

The point of this post is not to brag about a hunch but rather to educate those on how to wager properly.  Be bold.  Money line wagering is a great way to bring home a nice chunk of change.  Spreading wagers too thin on some parlays, while fun, can be dangerous.  But talking things out logically, finding a line that doesn’t make sense then playing it hard can be a lucrative proposition.

Remember, it’s March.  Anything can happen.  So why not take a stab.

Just be sure to tell me about it later.

2 thoughts on “The beauty of calling upsets in March”