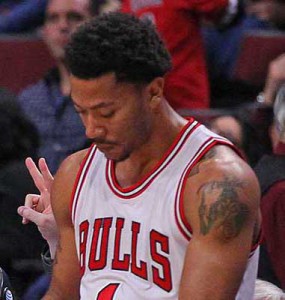 I lost thirty dollars on the Chicago Bulls last night.

I saw they were only laying 2 ½ points at home, in an elimination game, against the Cleveland Cavaliers.  I assumed that was easy money.  In a must-win game with their season on the line, the Bulls would most certainly bring everything they had and force a seventh and final game in this series.

I know thirty dollars isn’t a lot to wager for some of you heavy hitters out there.  It’s not for me either but the account was dwindling and I was pretty sure the Bulls would show up.

Again, they didn’t.  They might as well not have gotten out of bed.

It was one of the worst performances I had seen from a basketball team this season.  So allow me to get my thirty dollars’ worth in this rant.

I met up with Brotha E after a late round of golf and sat down to watch the game in its entirety.  I’m behind in my NBA playoff watching this season which probably explains why I’m able to pick the outcome of these games with account-draining inaccuracy.  Plus I have a night job which means I can’t always be glued to the tube. 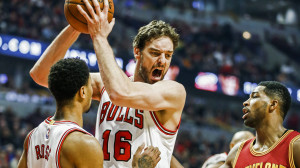 The Bulls actually started the game strong just as I thought they would.  They got the ball inside to Pau Gasol early who seemed to be scoring rather effectively.  After all, Chicago’s size in the post was supposed to be a factor in this series.

Tom Thibodeau, who still coaches Chicago as of this moment, will soon be fired, last night’s blowout the final straw.  Chicago went so flat, Brotha E and I joked he might be fired by game’s end.  Rumors of Thibodeau’s dismissal had gotten louder as the season progressed.  Derrick Rose was allegedly unhappy with the way the franchise handled the Thibodeau situation.  He sure didn’t play like it.

It was literally the most shameful performance I’ve seen from a team this year.  Chicago scored 31 points in the first quarter then didn’t combine to score that many over the next two.  They shot 37% from the floor and 20% from behind the arc.  That’s four out of twenty for those of you keeping track at home.  Cleveland out-rebounded them by 20!  Their saving grace was Jimmy Butler but he’s not going to beat a LeBron-led team by himself.  Butler will likely be playing elsewhere next year and be all the happier for it. 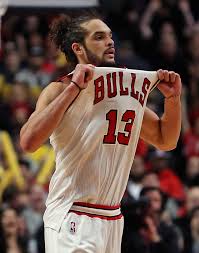 The Chicago Bulls team that took the floor Thursday night looked like they did not want to be there.  So what would be the point of throwing this exact same team out there next season?  Gasol’s long in the tooth, Noah never gets a play called for him, they have very little perimeter presence and Derrick Rose is hardly the MVP of a few years ago, at least not as consistently as they need him to be.

The Bulls who are supposed to be one of the better defensive teams in the league couldn’t stop a nosebleed.  Seriously, how do you get outrebounded by 20 in your final game of the season?

If Thursday night was any indication, the windy city’s window just slammed shut.  As long as LeBron remains in Cleveland, the road to the Finals will travel through that town.  The Chicago Bulls as currently comprised just aren’t good enough.

There was a point late in the game where LeBron got called for his fourth foul.  You could almost sense a turning point.  It was… a turning point for Cleveland.   The Bulls couldn’t take advantage.  He didn’t pick up another foul for the rest of the game and demoralized Chicago with every possession.  He finished with 15, 9 and 11. 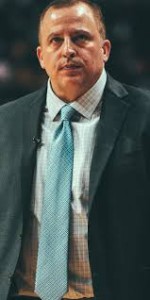 And so, it’s back to the drawing board for the Bulls.  The announcement on Thibodeau will come shortly.  Fred Hoiberg’s rumored to take his place.  Hoiberg has no head coaching experience but after Thursday night’s performance, anything would be an improvement.

I don’t blame the Bulls for not winning.  I blame them for not trying.

12 thoughts on “The incredible, forgettable Bulls”