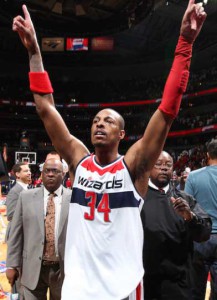 Paul Pierce is NBA basketball player.  His nickname is “The Truth.”

The other night, with his Washington Wizards down by three, Pierce made a miraculous last second, off-balance shot to tie the game and send it into overtime.

Pierce released the shot one-tenth of a second too late.  Had this game taken place a little over a decade ago when there was no instant replay in the NBA, the shot would have counted, the game would have continued and the Wizards might have won the series.

Instead, their season is over.

Either way, “The Truth” is one of the more appropriate nicknames in sports.  After all, the truth is what we all seek, both as sports fans and as human beings.  It’s why the penalties for cheating in sport have always been so severe.  Just ask Barry Bonds, Roger Clemens, Pete Rose and Joe Jackson.

Tom Brady, Super-Bowl winning quarterback for the New England Patriots, was recently penalized for his role in DeflateGate, the accusation that he had a role in intentionally deflating footballs before the AFC Championship game to give his team an edge.  Brady has since appealed that suspension.

That now means an NFL authority will review the information in the case to determine whether the suspension was just or heavy-handed. 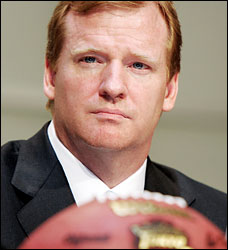 Commissioner Roger Goodell will be the man that oversees that hearing.  I’m guessing Brady is currently second-guessing his decision to appeal.

Oh to be a fly on the wall during that meeting.  I joked on Twitter the other evening that if the NFL charged $39.99 for a pay-per-view event that would bring us inside that meeting, how many of us would pay it… if we were guaranteed the truth?

Most of us could probably give a crap whether Brady and Co. deflated a batch of footballs one pound per square inch.  Heck, we deal with our athletes drinking, driving, gambling, speeding, drug-abusing, womanizing, shooting, fighting and just not trying, so who the hell cares if the NFL’s pretty boy took a pin to a football for an extra second or two.  It seems to be on the relatively low end of the scumbag spectrum.

Or maybe it’s not so much the truth we want in this case as it is to see two men that make twenty million dollars a year each waste their time talking about something that in the grand scheme of things matters very little, like those ‘constructive’ work meeting s we all take place in that we know lead to absolutely nothing.  Then we could bitch about how we wasted forty bucks just like we did with the Pacquiao-Mayweather fight, except that cost a helluva lot more than forty bucks. 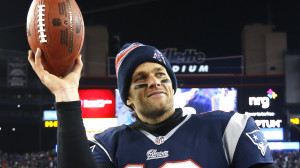 Either way, the DeflateGate saga goes on.  Brady will meet with Goodell and nothing will happen.  Goodell will secretly tell Brady to behave and that will be that.  They will then each answer media questions in their own slick way that will leave us wondering what the hell happened in that meeting and exactly how much cover-up goes on behind closed doors.

And in a few days, we’ll go on with our lives, waiting for the next buzzer beater and scandal to keep us entertained, always searching for the truth and only occasionally finding it.

11 thoughts on “The truth revealed”