I was showering the other day, getting ready for a night out.  You’re welcome for the sexy visual.

It was an hour or two before Game Three of the Stanley Cup Eastern Conference Finals and, unlike Rangers fans, I wanted to make sure I smelled my very best.  A clean hockey fan is a happy hockey fan. 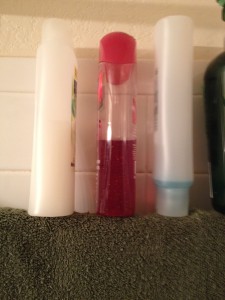 I stood there under the comfort of the warm, flowing water when I looked to the three plastic containers of liquid soap that sat on the towel rack in front of me.  SportsChump doesn’t use Irish Spring or Lever 3000 bar soap like your average blogger.  I prefer a far more fragrant lifestyle.  In one container, a white, coconut aloe soap called my name.  In another, a red, pomegranate soap looked appealing.  In a third, a blue, ocean breeze soap sat nearly empty.  All were viable options.

I questioned which one to use.  They would all get the job done but, I thought for a split second, the Lightning wear blue.  Reaching for the red soap, I immediately changed my mind, thinking using the wrong color soap might bring me, and the Lightning, bad luck.

As a forty-six year old man, I almost convinced myself that the soap I used before game time had absolutely no bearing on the outcome of the game.  That reasoning would not fly.  I used the blue soap.

While getting dressed after toweling off – again you’re welcome for the visual – I planned out my wardrobe.  The last time I wore my gray Lightning t-shirt to a game, the team lost Game Four of the Montreal Canadiens series.  That shirt would stay in the dresser drawer.  I looked to the comfort of the navy blue button down I had worn to our last victory.  Oddly enough, I found a nice black/blue striped button down hanging in my closet I had never worn before.  Lightning colors.  Surely it was a sign.

These are the thoughts that go through the heads of perfectly rational human beings when it comes to sports.  I know I’m not alone. 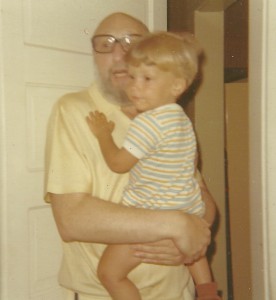 Mother of SportsChump tells a story of how, as a child, she would walk around the house as my grandfather watched his sports.  Grandfather of SportsChump was a huge sports fan and heavy gambler.  The apple doesn’t fall far from the tree, the only difference being he probably won most of his wagers.  If she walked past him and the team he wagered on would suddenly take the lead, she wasn’t allowed to leave his side for the rest of the game.

We all have our lucky items, our shirts, hats, jackets, pants, socks, underwear.  Yes, underwear.  I only wear blue boxer briefs to Gator home games.  We eat certain meals on game day, sit a certain way on the sofa for game time or sleep on a particular side of the bed the night before.

We have no scientific proof these things matter yet we still do them.  We’re sports fans.

Such behavior is ridiculous and inexplicable.  As I grow older, I tell myself what soap, shirt, hat or skivvies I wear have absolutely bearing on the outcome of the game I’m about to watch.  How could it?

All I’m saying is I used the blue soap, wore the new shirt and the Lightning won the game.  So you draw your own conclusions.

17 thoughts on “Superstition and the sports fan”