What the hell is going on in Philadelphia? 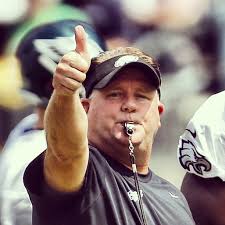 Chip Kelly is 51 years old.  He’s been around football a long time.  He’s coached in high school, college and now the pros.  I’m pretty sure if he’s a racist, we would have heard of it long ago.  But apparently he hates black people, allegedly.

We keep hearing rumblings, from disgruntled former Eagles players mind you, that Philadelphia head football coach has a preference for white players.  LeSean McCoy, no longer with the team, hinted it was no coincidence Kelly “got rid of all the black players.”  And of course, never one to shy away from a woefully irrelevant conversation on race, ESPN’s Stephen A. Smith jumped on the bandwagon and proclaimed that Kelly’s reasons to get rid of McCoy, Jeremy Maclin and DeSean Jackson (all black) and keep Riley Cooper (a white player who once had a moment he wishes he could have back) hinted of racism.

I’ve never met Chip Kelly.  While I acknowledge that racism is alive and well in this country, I find it hard to believe that any coach in the NFL, a league comprised of primarily African-American athletes, could hide a lifetime of inner hatred and resentment towards black people.  If so, they’re in the wrong damn business.

Kelly came out and finally addressed these accusations, saying he’s not a racist and that he essentially could care less about what others thought of him.

I have no idea whether or not Kelly is a racist.  I find it hard to believe that with so many years in football, these accusations are only popping up now.  One would think after McCoy’s and Smith’s accusations surfaced, a former black player from Oregon would step into the mix and say “Hey, I once had a problem with Kelly as well.”  That hasn’t happened.

Kelly’s got enough problems with Sam Bradford, Mark Sanchez, Tim Tebow and Matt Barkley as his quarterback options.  With those four behind center, the poor guy needs a time machine, not a playbook.  No wonder he wanted to draft Marcus Mariota.

Calling someone a racist because you’re upset about being fired is pretty juvenile in this day and age.  It’s a stigma that can stick regardless of whether it’s true or not.  One thing is for sure.  The Eagles aren’t winning a Super Bowl with only white players on their roster.  They’re not winning one with disgruntled players on their roster either.

What the hell is going on in Qatar? 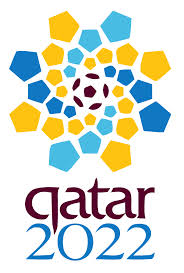 I pay attention to soccer about four times a year, mostly when the World Cup rolls around.

I know a few of you (very few) get dolled up in your soccer jerseys, head out to the local pubs for a pint and catch your premier league games, openly discussing your healthy man-crush on Ronaldo.   That’s perfectly understandable.  He’s a good looking dude with fabulous hair.

But recently soccer made news for all the wrong reasons.  And neither the casual nor the fringe soccer fan was in the least bit surprised.

I don’t need 60 Minutes to tell me there’s been corruption in FIFA.  As we’ve discussed in the past, you can add that to any number of sports institutions that have corruption in their bio: Cycling, Major League Baseball, the USOC, professional boxing, UFC, the NFL, the NBA… the rap sheet is a lengthy read.

But awarding a World Cup to a country that nobody can pinpoint on a map is an indication that something is seriously wrong.  Did they think nobody would notice?  I know we don’t watch soccer but that’s like trying to walk out of Best Buy with a brand new flat screen under your arm and hoping nobody would say anything.

As soon as we heard that Qatar was getting a World Cup, well.  We all knew money drove these decisions… but Qatar?  Do they even have a soccer team?  Have you ever heard anybody rave about that romantic summer they spent in Qatar?  More people vacation in Cleveland.

I could bore you with details about paid off whom but I’m not going to waste my time or yours trying to figure out whose pockets were lined with the $150 million dollars of pay-off money.  The bottom line is that things happened that shouldn’t have.  And they continue to.  In 2022, the World Cup will take place in a country that no one will visit.  And the rich will get richer.

And again, most of us will only watch every four years, perhaps wondering whether we got into the wrong business.  Clearly managing soccer provides one with a fairly healthy living.

What the hell is going on in Minnesota? 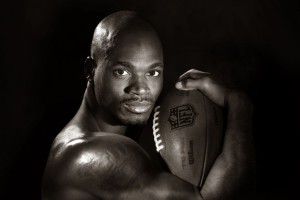 Nothing pisses a fan off more than hearing an athlete complain about how little he’s getting paid.  We can deal with spousal abuse, womanizing, partying too hard, drug addictions, drinking and driving, gun wielding and even rampant stupidity but to hear an athlete who’s making millions of dollars suggest he’s “not getting paid” just sounds ungrateful.

Add Adrian Peterson to the list of athletes who just did so and should probably delete their Twitter account as a result.  Recently, the star running back turned Tweeter-extraordinaire got a hair up his ass and took to the internet to let us know how he really felt about his contract.

One of these days athletes will learn that a keyboard can tackle harder than your average linebacker.  Peterson is coming off recent reinstatement after being suspended for beating his kid so public opinion was already against the guy.  And now we’re supposed to feel sorry for his not getting paid?  Boo fucking hoo!

Not long, I wrote that, as an NFL franchise, you’d want this guy on your squad when he comes back from league suspension.  Now I’m not so sure.

Back in the day, I never really had much of a problem with Patrick Ewing.  I almost felt sorry for him, the best big man to never win an NBA championship, always a bridesmaid but never a bride.  But Patrick once dropped a “How am I supposed to feed my kids” comment on us and that was that.

Struggling to make ends meet?  Don’t become a professional athlete.  Those guys can barely get by.

AD, listen, buddy.  Nobody likes you to begin with.  You beat your kid with a stick.  Try laying low for a while and shutting the fuck up.  We don’t want to hear about how you are underpaid.  You’re lucky you’re not in prison.

While I agree that NFL players not getting guaranteed contracts is a raw deal, talk to the union reps and work something out.  Just do so behind closed doors with an attorney present and give your Twitter account a rest.